“Science is showing us the path to a future in which new therapeutic options may provide both solutions as well as peace of mind that individuals with food allergies and their families deserve,” Dr. Anthony Fauci told attendees of the eighth annual (and first virtual) FARE Research Retreat.

“Recently, we celebrated the FDA’s approval of a treatment for peanut allergy,” continued Fauci, “reigniting hope that one day we might have a cure.”

Although that cure may still be many years off in the future, the Food Allergy Research & Education conference highlighted the huge strides that are being made in everything from more accurate food allergy testing to treatments and allergy prevention. Advances in understanding of the gut microbiome, allergy prevention strategies in introducing foods such as peanut and egg as early as four months, and the rise of biologic drugs in treatment studies were all covered. Following are some of the highlights:

As head of the National Institute for Allergy and Infectious Diseases, Fauci is well-positioned to laud the approval of Palforzia. This oral immunological treatment (OIT) from Aimmune Therapeutics for peanut allergy is a game-changer since it had strong trial results and is the first-ever approved treatment for a food allergy. As the FARE retreat presentations showed, it is only the beginning of a trend to treatment, rather than just food avoidance, in food allergy.

Several speakers highlighted the promising research into biologic drugs, such as dupilimab (Dupixent) and omalizumab (Xolair). In clinical trials, both of these injectable drugs are being tested as either a solo therapy or as one used in conjunction with OIT, during the updosing phase.

Wood sees a few key advantages with the biologic medicines. First, they are not directed at a specific food, which is a treatment issue, given that a majority of people with food allergies react to more than one allergen. As well, the patient doesn’t have to take a dose every day, but rather would have an injection every two or four weeks.

Stanford University’s Dr. Sharon Chinthrajah has has been a leader in OIT studies treating multiple food allergies, and is now involved in investigating Xolair as its own therapy, as well as an adjunct to OIT with multiple allergens.

“OIT with adjuvant biologics can improve the safety and speed of single or multi-allergen oral immunotherapy,” the associate professor of medicine said in her talk. “We think that the efficacy is driven by the ability to tolerate higher doses at earlier time points.” She noted are other biologic drugs are also showing promise in food allergy.

Wood said a disadvantage with biologic treatments is that they will require long-term use. “We are not curing the disease. We are providing control of the disease that will only remain with regular dosing.”

While the injections are costly, Wood says that with Xolair the physician can tell in short order who responds to the treatment and who does not. “It pretty much divides up in the first food challenge, with additional improvement (in those who respond well at the start) seen after four or five additional months of injection,” he said.

Along with similar research with the biologic dupilumab in IgE-based food allergy, the FDA recently gave that biologic fast-track development status for eosinophilic esophagitis. EoE is the form of food allergy in which white blood cells called eosinophils cause damaging inflammation of the esophagus, and it’s a condition that usually requires avoidance of a number of foods.

Dr. Jennifer Maloney, the executive medical director of Regeneron Pharmaceuticals, the company developing the drug, said that by week 10 of a multi-center Phase 2 trial involving 47 adults with EoE, the dupilimab group showed “significant improvement.” By week 12, this same group had such a marked reduction of eosinophils in the esophagus, they “essentially mirrored” those of the healthy control group. “It’s quite remarkable,” she said. “(And) overall, the medication was very well tolerated.”

As for the approved peanut OIT treatment, researchers continue to learn more. Aimmune’s Dr. Kari Brown spoke on a yet-to-be-published Palforzia extension study. She says that treating patients over a 1.5- or 2-year period showed “that there is an increased amount of peanut protein which is tolerated during a blinded challenge.” When it comes to quality of life with OIT, Brown says the new data also “suggest there is a trend of improvement over a year and a half or two years of treatment.”

The other peanut allergy therapy that has been vying for approval is DBV’s Viaskin Peanut patch, which desensitizes through skin patches applied daily. While the FDA did not approve “the patch” earlier this year, Dr. Pharis Mohideen, DBV’s chief medical officer, sounded an optimistic note on Viaskin Peanut’s future at the FARE retreat. He noted that longer-term results are showing greater desensitization effects with his company’s treatment, too. “Overall, the therapeutic effect tends to improve over the three-year period,” he said.

Food allergies can be so complex – some cases may look like a food allergy but turn out not to be one at all. So when it comes to diagnostics, allergists must be detectives, using instinct, patient histories, skin-prick tests and blood tests. However, current food allergy tests are not always accurate, especially when it comes to false positives. If a patient’s tests results and history don’t clearly show a food allergy or it appears a child may be outgrowing a known allergy, the allergist will likely suggest an oral food challenge. This involves supervised and gradual eating of the allergen. It’s considered the gold standard of testing proof, but can be scary because of the possibility of an anaphylactic reaction, and it requires resources in medical staff and time.

Fortunately, advances are being made to improve testing. Allergist Dr. Hugh Sampson told the retreat about the new and highly accurate peanut epitope mapping assay he has developed. Using a small amount of the patient’s blood, the technology subdivides allergenic food proteins into smaller peptides (called epitopes). Then the patient’s IgE antibody responses to these epitopes are “mapped”.

Sampson says specialists can use the results to determine the presence of an allergy with a high degree of accuracy. The professor of pediatrics at Mount Sinai’s School of Medicine said the peanut epitope assay, licensed to the company AllerGenis, is now available for use in most states, though not yet in California and New York City. Sampson is now working with AllerGenis to develop epitope assays for egg and milk allergens.

Other diagnostic advances include the basophil activation test and the mast cell activation test, dubbed the BAT and MAT. Dr. Alexandra Santos, of King’s College London, told retreat attendees that the BAT test involves putting the patient’s blood in a test tube, adding the allergen, antibodies and then analyzing responses of the basophil cells, which are involved in an allergic reaction.

The MAT test is similar, but involves using mast cells cultured in a lab, to which the patient’s blood plasma is added. Researchers add an allergen, and the markers for allergic activation are then measured.

Santos, an associate professor of pediatric allergy, explained that the two tests are are more accurate than current tests in pinpointing true food allergy. They don’t only detect levels of IgE, but measure the function of it and the biomarker response. “They take all this into account,” she said. In clinical trials, both tests have led to a significant reduction in the need for oral food challenges – in BAT’s case, by about 60 per cent.

There is much interest in seeing these tests available to allergy clinics, and Santos said issues such as standardization and quality control are being investigated.

Dr. Gideon Lack, co-author of the seminal Learning Early about Peanut allergy (LEAP) spoke of a recent meta-analysis that pools LEAP figures with that of a study known as EAT, the acronym for Enquiring about Tolerance. This allowed researchers to look at co-variables such as eczema, which has long been linked to food allergies. One of the key questions they are examining more closely is “when should we intervene?” said the King’s College London specialist.

“Time is of the essence,” Lack told the retreat. He says the LEAP results show that “children who’ve had moderate or severe eczema for greater than 6.3 months had an almost 30 percent chance of having peanut allergy in the first year of life. The message would seem to be that we need to intervene very early on, as soon as eczema develops.” (He stressed that peanut introduction also needs to be done early in babies without eczema.)

In a Q&A session, Lack and Dr. Jonathan Spergel of the Children’s Hospital of Philadelphia agreed that food allergy prevention is most likely a combination of everything from early introduction to allergens such as peanut and egg, a good eczema care regimen and having the right microbiome.

And speaking of the gut microbiome, Dr. Carina Venter of the University of Colorado said that efforts are underway to understand how it is altered in people with food allergies – and that by using epitope profiles, the phenotypes, or genetic and environmental characteristics, can be broken down with ever-improving accuracy.

“We’re in the early days of microbiome allergy prevention,” said Venter, an allergy specialist dietitian. “We’re not at the point where we can say this is the bacteria that will fix everything. The story is not so simple.” For example, high levels of butyrate, an anti-inflammatory acid, have been linked to a healthy gut microbiome. However, prime sources for butyrate are fatty foods such as butter and ghee, which as Venter noted, clearly does make for the healthiest of diet interventions.

At the virtual retreat, Dr. Ruchi Gupta of Northwestern University announced a partnership with FARE and her team from the Feinberg School of Medicine and Chicago’s Ann & Robert H. Lurie Hospital. Gupta’s team will conduct a three-year controlled trial that weighs the benefits of an early introduction of multiple allergenic foods in allergy prevention. This will be compared to the standard of pediatric care in a large group of infants.

The clinical trial, known as SEED, for the Start Eating Early Diet, is aimed at stemming the rise of the top nine food allergies. It will consist of three phases and will encompass parents (or caregivers) and their infants from across the U.S., recruited from different socioeconomic and racial backgrounds.

“Understanding whether we can reduce the incidence of other top food allergies similar to peanut by introducing them individually and early to diverse infants is critical,” Gupta later said.

In the end, the overwhelming message from the FARE Research Retreat’s experts is that change is coming. There may not be a cure, not yet. But from better diagnostics to emerging treatments to desensitize, there is hope – real hope, real efforts, with researchers and families willing to put new science to the test to make it happen. 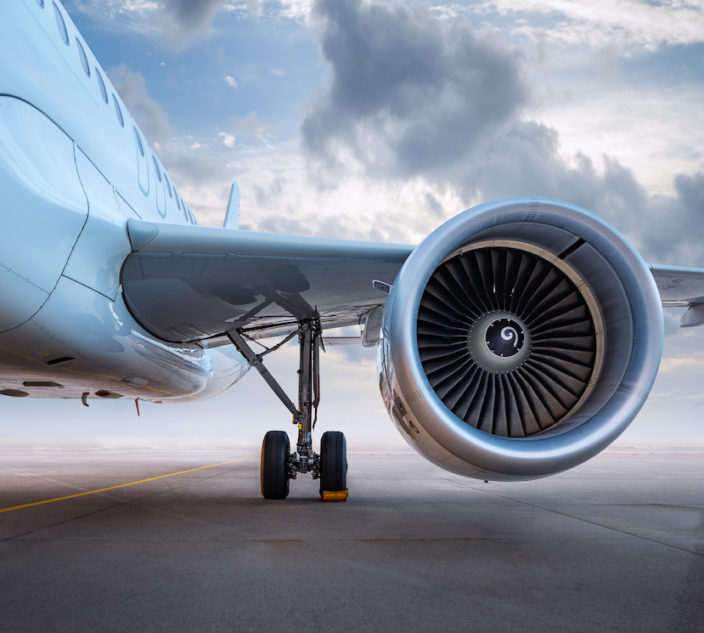 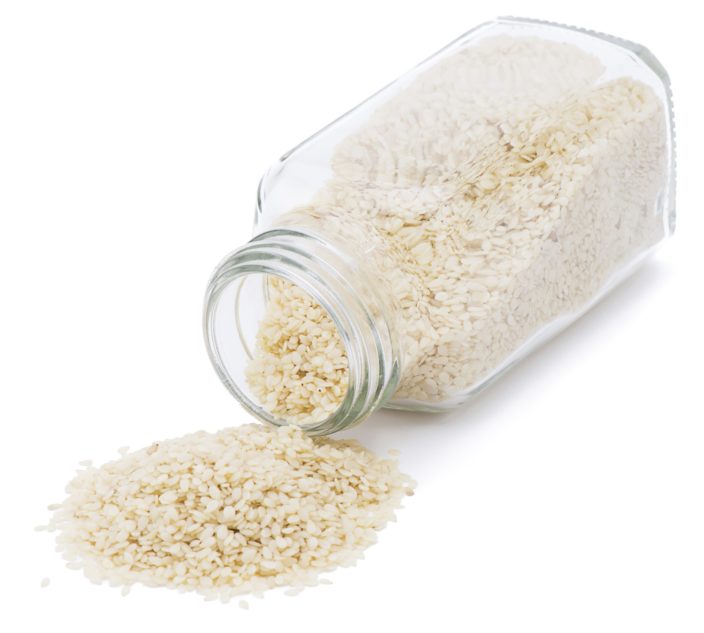 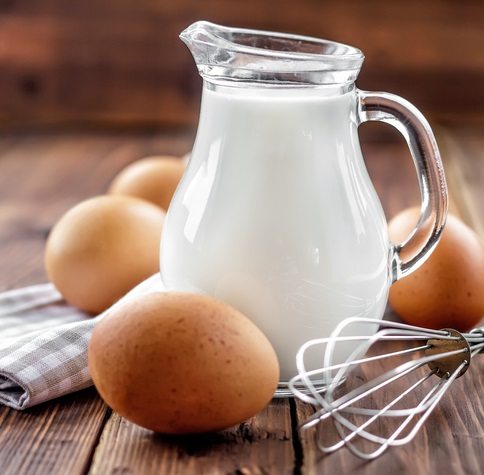 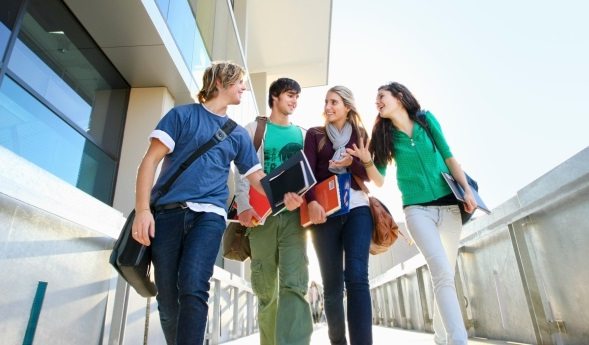