Allergists that Allergic Living contacted are excited about the FDA’s approval of the first-ever therapy for a food allergy. They say the approval of Palforzia for peanut allergy on Jan. 31 heralds the beginning of a new era of treatments for food allergy in general.

Some are also highly aware that their own allergy practices will change markedly in this new era, and involve far more shared decision-making and time spent with the families they treat.

“This is a huge milestone in food allergy,” Dr. Scott Sicherer, director of the Jaffe Food Allergy Institute at the Icahn School of Medicine at New York’s Mount Sinai, said of the FDA’s green light for Palforzia.

“The approval is monumental,” said Dr. Christina Ciaccio, chief of allergy and immunology at the University of Chicago.

In the Palforzia oral immunotherapy, developed by Aimmune Therapeutics, capsules of calibrated peanut protein, are administered in gradually increasing doses until a maintenance dose is reached. This OIT protocol is designed to reduce the risk of accidental reactions in children (ages 4 to 17) with peanut allergy. The dose needs to be taken daily for continued protection.

“Part of the excitement is for the specific product, but we’ve also just proven that we can get something approved by the FDA for food allergy,” says Ciaccio.

Sicherer’s team, along with colleagues around the globe, have for years been studying an array of desensitizing approaches for food allergy. “It is exciting to see this first step to what is sure to be a series of treatment options that will improve in safety and efficacy,” he says.

Finally, Something to Offer

Before having an FDA-sanctioned product, Ciaccio said all she could tell young patients with peanut allergy was to avoid all exposures to the legume, but there was no way to treat the condition. “It’s just a landmark moment that we can finally have something to offer” as a desensitizing therapy.

While not a cure, in studies, a majority of those who reached maintenance on Palforzia could eat two peanut’s worth of the product without reacting. This significantly reduces the risk of severe reaction if an allergic child accidentally eats some peanut-containing food. Aimmune is now studying similar protocols for egg allergy and tree nut allergies.

How Allergy Practice Will Change

Dr. Aaron Donnell is one of many allergists who have been waiting for an FDA-approved OIT product before offering this service. He wanted the hard data gathered in the trials with Palforzia on both the risks of adverse reactions and the success rate.

Yet, as a partner in Chicago Family Asthma & Allergy, he’s highly aware that allergy practices like his are about to change – to a remarkable degree. He has spoken to allergists who currently offer private practice OIT. The conversations have him weighing how to balance the time required to counsel families on Palforzia treatment, in-office safety issues, space, and patient demand. In the Palforzia studies, about 14% of patients did require epinephrine, and using it isn’t always an easy call.

“A lot of people will need their hands held through this [OIT],” Donnell says. “I’m willing to do it, but I’m probably going to need another doctor or nurse practitioner, so I’m not taking all the calls at night.” He plans to have thorough handouts, but with some symptoms, “you’re going to want to ask: ‘Do we need to go to the ER or not?”

Dr. Douglas Mack, who co-owns Halton Pediatric Allergy, just west of Toronto, couldn’t agree more. Mack has been offering private practice OIT for eight years, for a range of food allergens, and also plans to welcome the Palforzia peanut option. (Aimmune still has to apply for approval in Canada).

“OIT has completely morphed our allergy practice,” says Mack, who follows 100 children at a time through an OIT protocol of six to eight months. The clinic grew so fast that they moved to a 3,500 square-foot space. “We hired an asthma educator, we’re looking at hiring a dietitian, as well as a psychologist,” he says. He thinks a lot of U.S. physicians will start employing the Palforzia protocol with 10 to 15 people at a time. “But if you let this go, it does take over your practice.”

Mack sees the arrival of Palforzia as an approved therapy, with more therapies to come, as transformative to the practice of allergy. “In 10 years, it will look drastically different than what we’re looking at now.”

He learned through experience that taking on OIT requires an allergist to alter the mindset toward their practice. OIT visits are a more complex, shared decision-making process.

“The biggest thing that has changed is the educational side that starts from the very beginning. We inform these families in a shared decision-making discussion, where we decide: ‘Is this right for you?’ In our clinic, that discussion takes up to two hours.” As well, given that food allergy tests aren’t completely reliable, his team is conducting food oral challenges every day to confirm allergies. “When you’re going to actively treat this, potentially lifelong, you really need to be sure of the diagnosis,” he says.

Sicherer notes the importance of transparency when choosing whether a protocol like Palforzia OIT is a good fit. “This may appeal to many families, but many families will choose continued avoidance without embarking on this. Either decision can be 100% correct.”

At Mack’s clinic, the OIT education and communication components now include videos, handouts, and an extremely thorough checklist. That list in part covers: struggles from mild reactions to more severe reaction risks, stressing asthma control, and issues with taste aversion. Families are advised about not exercising or having hot showers following doses, that illness requires caution with doses, and more. Above all, it’s stressed that OIT isn’t something you do for six months. Kids who reach maintenance are meant to take their doses for years.

The OIT expert was glad to hear that Aimmune will require allergists and families to enroll in a risk management and mitigation strategy (REMS for short) before providing the biologic therapy. “Their steps of providing resources to support families, and as well as to support the physicians are going to be really, really key,” he says.

Even though it is not an easy procedure, Mack says, “It has been the most rewarding part of my career. The fear of reaction is dramatically decreased in so many. It’s honestly life-changing. We get tears in our office all the time. I never got tears for rhinitis nasal spray, I assure you.”

More in the Pipeline

Ciaccio too, is highly familiar with OIT, having directed one of the clinical trial sites for Palforzia. She notes that the advantage with an approved therapy is that she won’t have to adhere to the a standardized trial timeline for updosing. “Once it comes into clinical practice, we have the ability to say: ‘For this person, let’s slow down, let’s not updose too quickly.”

So in practice, the therapy becomes more individualized. “That’s when we can say, ‘you had stomach pain for 15 minutes after you took your therapy, I don’t think we should updose you. Why don’t you just stay on this dose for another month. We have that option; we don’t have to desensitize in six months.” She notes that some patients “will fly through with no problems, but others will have little bumps in the road. And we’ll have more tools to deal with that.”

Ciaccio is excited to be able to offer the Palforzia treatment for many families on her waiting list. Like other doctors, she’s “very hopeful it will be covered by insurance.”

She also is closely watching the new therapy trials that combine OIT with either of the biologics Xolair or Dupixent. “The idea is to modulate the immune system, so it still responds but not so powerfully,” she says.

Sicherer’s team is involved in the combination therapy and other food allergy treatment studies. “Many approaches are extremely promising,” he says. “It is fantastic to see this progress and the pipeline. The future looks much brighter for treatments with better safety and efficacy and, hopefully, eventually a cure.” 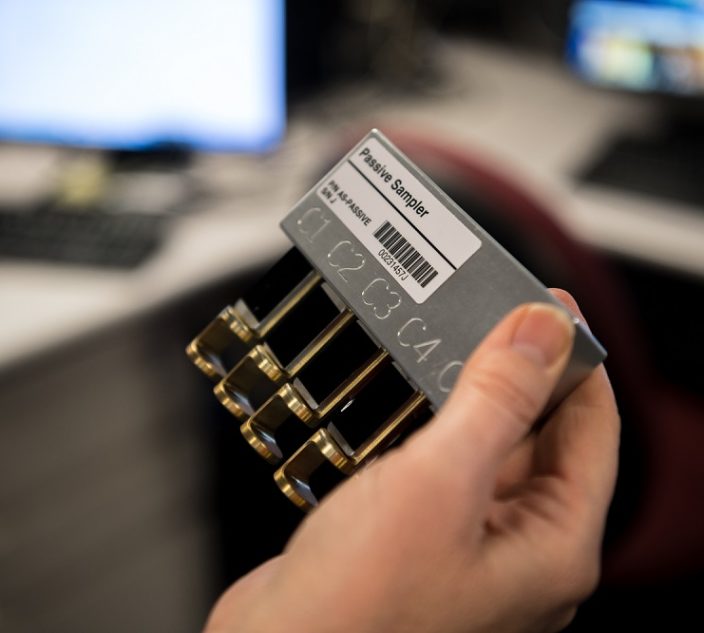 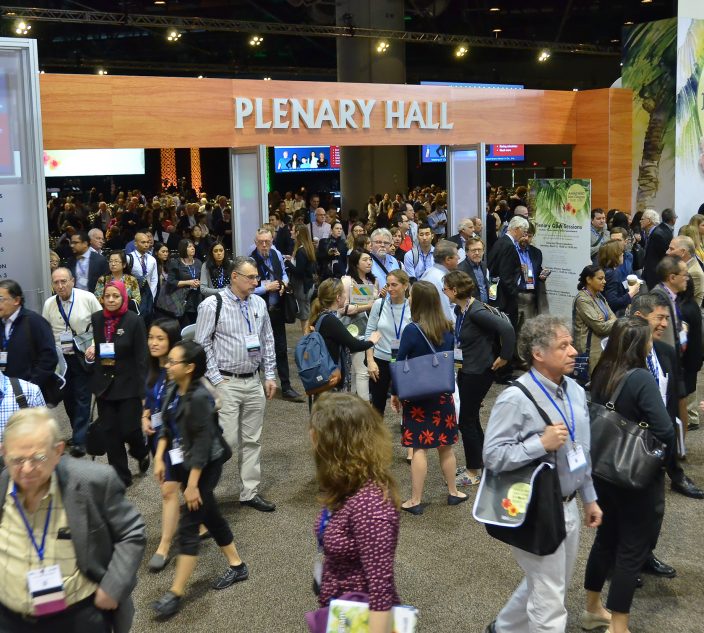 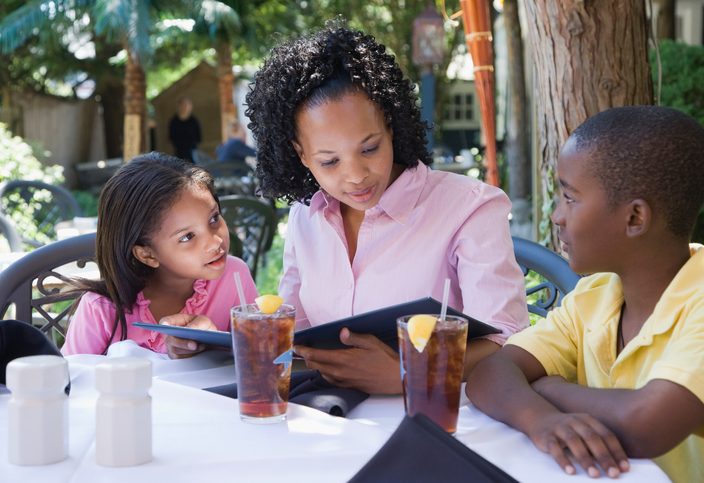