The nonprofit FARE (Food Allergy Research & Education) announced on August 3 that board member Mary Weiser is taking the reins as its board chair. Weiser is a longtime food allergy advocate, and was the founder of the Mary H. Weiser Food Allergy Center at the University of Michigan.

In this leading role at FARE, which is the largest private funder of food allergy research, she replaces philanthropist and venture capitalist Dave Bunning. He will stay on as a board member.

In conversation with Allergic Living’s Gwen Smith, we get to know Mary Weiser, the food allergy mom on a mission to make a difference, and now using her skills for national-level disease advocacy.

Weiser explains FARE’s aspirations to create more reliable food allergy testing, to expand prevention and treatment options, and to get serious about supporting underserved communities. As well, she shares her optimism for where this disease area is headed.

In Conversation with Mary Weiser

Gwen Smith: Mary, let’s start with that fact that you are a food allergy mom. Can you tell us about your personal background with food allergies, and then how you began in food allergy advocacy?

Mary Weiser: So my daughter is 17 years old, and she has multiple life-threatening food allergies. She was diagnosed about the age of 1 with multiple food allergies. At the age of 3, she had an anaphylactic response to a piece of fish. That was a game-changer for our family.

We thought we were prepared; we weren’t. After all was said and done and she was OK, we really got this sense of responsibility. We felt we needed to do everything we could do to try to move the needle forward for her and for the food-allergic community. At that time, over 10 years ago, there weren’t many options to throw our weight behind. So in a way, we created our own.

We went to the University of Michigan – this amazing research institute in our own backyard – and said, ‘we’d like to create a food allergy center.’ And they said ‘research,’ and they were interested. Fast forward a few years, they provided the tremendous medical aspect, while we raised about $40 million through some very generous food-allergic families. The center now employs 30-plus people, including researchers, staff and the labs, and they’re off and running. It’s pretty wonderful to have an idea come to be a reality like that. We’re proud of it.”

GS: I’m sure. What did you learn from that experience?

MW: I learned a lot through the creation of the center. There were a couple big takeaways that led to my involvement with FARE. I learned this isn’t just about our family, that we are part of a very rapidly growing demographic of people having children with food allergies, and multiple food allergies. It’s affecting so many people. I realized that, while I’m so proud of the UM Food Allergy Center, that center alone isn’t going to be solely responsible for solving food allergies.

It’s going to take many food allergy centers, working together, if we’re ever going to have access for treatment for all food-allergic patients. My daughter might get treatment, but what about my nephew in northern Michigan, who also has food allergies? And what about my great nephew who lives in Atlanta? Then there are the 32 million other Americans, and their families. It’s going to take a lot of people working together.

The third thing I learned is that medicine costs a lot of money. Holy cow, does it cost a lot of money. It’s going to take more than a few families and donors responding to this issue. It’s going to take corporations, foundations, individual supporters giving everything they can. And I think FARE plays such a critical role as the national voice and the national leader in food allergies. It convenes the influencers, the researchers, the donors, the policymakers – all these people you really need to focus on food allergy.

GS: When Dave Bunning took on the role as FARE’s chair in 2018, he was a very focused on raising money for research. It was his priority and he started a big campaign. As incoming chair, what are you seeing as the priorities?

MW: First, I have big shoes to fill. Dave and his wife Denise are truly exemplary role models. They were very generous philanthropically, with their time, and they’re just really good people. So Dave as chair, the board, Lisa Gable as the CEO and her staff, they created the five-year strategic vision. We’re a couple of years into it, and there’s more to be done now.

Two of [FARE’s] biggest near-term research priorities are the SEED study and the FAITH Challenge [on diagnostic testing]. SEED falls into FARE’s work on prevention and our concerns about reversing the dramatic rise in the prevalence of food allergies. The key to cracking that issue is to understand the impact of introducing the food allergens early in the infant’s diet. So we’ve launched this program to gain greater insights.

In the first phase, they interviewed and did surveys to understand parent and caregiver attitudes, beliefs and behaviors regarding the introduction of the allergenic solids during infancy to help impact the new federal guidelines. [Those research-based guidelines call for early introduction of peanut to reduce an infant’s odds of developing peanut allergy.]

GS: We already know from the LEAP study that, for most children, introducing peanut as a baby significantly reduces the chances of a peanut allergy. So is the aim with SEED to consider early introduction of these other allergens?

MW: It is the multiple allergens approach. It’s taking that study [LEAP] and building on it. The researchers [headed by a team at Northwestern University] are looking at different allergens and also trying to get into different populations. All of this data is power. So you make it bigger and glean more information.

GS: So many kids have several food allergies these days. It’s almost like you seldom meet a child with only one allergy.

MW: When I took my daughter to kindergarten, they had this little wall and they wanted your EpiPen there and they wanted to know what her allergy was. She was one of the first kids with a whole list. My son just graduated from the same school, and I looked at the size of the allergy wall now. This is completely unscientific, but wow. So yes, more kids with multiple food allergies.

MW: [She agrees and relates the stress her daughter and others have felt, especially when needing to try oral food challenges.] With food allergy testing, it all feels a little antiquated …. It’s kind of primitive, it’s less sophisticated, stressful. We could be doing better here. FAITH is a global research competition for researchers: Can you come up with an innovative and accessible procedure for accurately diagnosing food allergies that makes more sense?

There are many brilliant minds working on it. We want something that’s easy to use, but sophisticated and that provides clear and accurate results. They’ve received strong responses in the form of letters of intent, and it’s getting interesting. So [the medical advisory committee soon] expects they’re going to have full submissions and are going to determine who are the stage one winners.

GS: Are there other big FARE research projects on the go?

MW: Yes, I think FARE’s Patient Registry is important in regards to data. We have about 12,000 participants, and we want to grow that because the registry helps to feed research and new treatments. So we want to grow that and be the resource for data around food allergies. That’s an important piece; all the data is the power.

We’re also looking at the whole diversity, equity inclusion and access arena. I mean, I have access to health care, I have access to grocery stores. But what about the folks that don’t? [Weiser mentions that in other volunteer work in Detroit, she’s met people who have very limited health-care access.] It’s really difficult, and then you layer on food allergy and asthma.

FARE has a blueprint for access study that we’re discussing, where we want to go into these communities and really see what they need. We have to build trust, get more accurate representation, and gain the community insights. [We need] to see what research we could do to provide accessible, affordable care, and get into that space. It’s complex, we know it, and we want to make sure that what we do provides impact. It’s going to be complex, but exciting.

GS: Is there one area that stands out to you personally as a priority?

MW: It’s kind of simple. Until everybody has access to treatment, my job and [FARE’s] job isn’t done. I’m motivated because I see an opportunity to make things a bit better. I believe in the five-year plan that Lisa [Gable] and her team have put in place, I want to keep the train on the tracks and keep it moving forward. But as much as this organization has accomplished, with food allergy probably the bulk of the work is still in front of us.

Medicine is expensive, it takes time, and then what can we do to improve the quality of the food-allergic lives on that path? We want to be pragmatic, but keep moving forward. [Weiser also mentions FARE’s college allergy training program as another area of interest, noting her daughter will soon be headed for college.]

GS: As chair, Dave Bunning launched a campaign for FARE to raise $200 million, mostly for research. His family contributed several million to kick off that effort. Where is FARE now on that campaign?

MW: They have raised $85 million to date, and they’re hopeful to get to $100 million by the end of the year. That’s pretty impressive. [She says especially so, given the pandemic was a difficult time for fundraising.]

I think it’s also really important that, if you’re asking somebody for money, to make sure that they know that you’ve also donated [to the cause]. For our family, our number isn’t quite as cool as Dave’s and Denise’s, but we’ve given about $12 million to food allergy, and we’re going to do more. We’re going to do everything we can to try to lead by example. You can have wonderful ideas and thoughtful plans, but if you can’t get the money to do, it doesn’t happen.

[Weiser says fundraising at FARE is on the uptick again, and that donations big and small all help.]

GS: If we were sitting in front of room of people, where would you tell them things stand in food allergy?

MW: I would say, I am so hopeful. I’ve seen things improve from a medical standpoint in the last 10 years, I’ve seen quality of life improve, and we are just at the tip of the iceberg here [in terms of] finding medical advances and understanding. I think we’re going to get things done, and it’s very exciting. There is so much hope going forward for the food-allergic patients and their families. It’s going to get better.

Comments in brackets are summarized points from this interview. 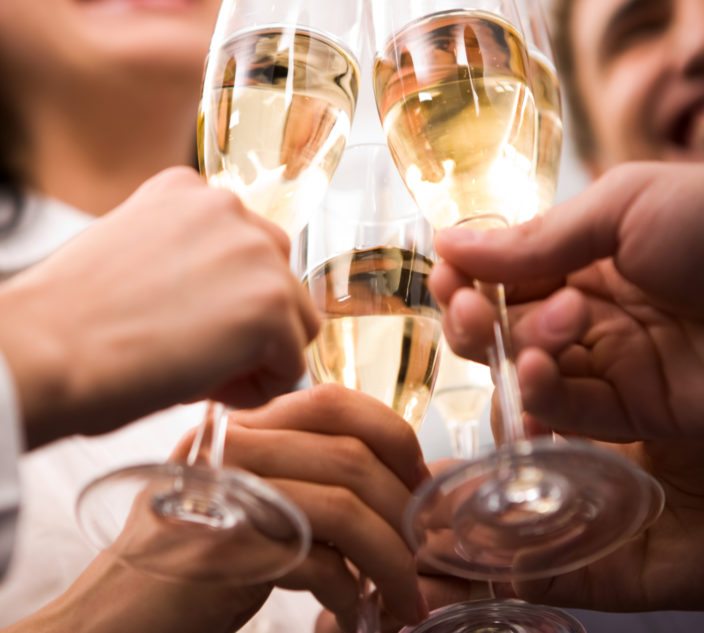 Moderate Drinking May Protect Against Asthma 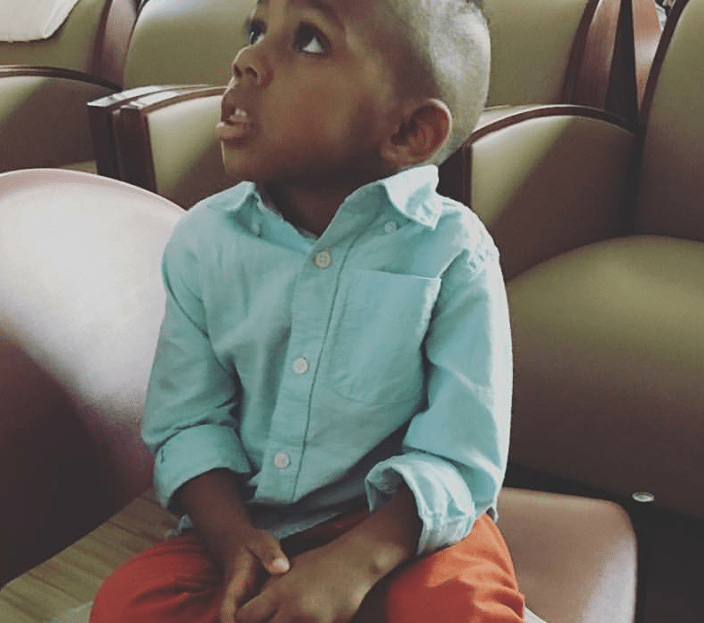 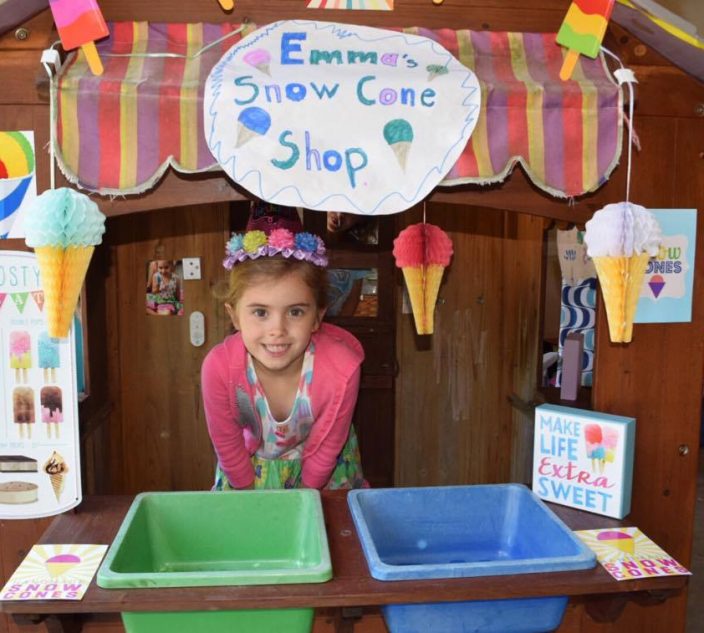 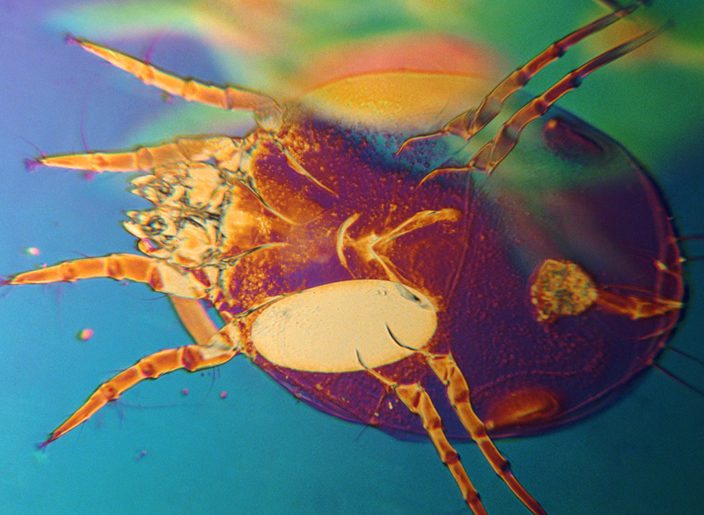