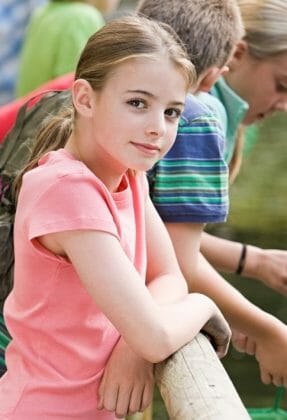 WHEN Nate, at the age of 8, visited a local historical site with his class in the Cleveland area, it was meant to be an eye-opening chance to travel back in time. The students would learn what it was like to live in the 1800s. While at a century house, the students were invited to take part in making johnnycake, a traditional cornmeal flatbread. So they could get the full experience, a worker asked the kids to grab a handful of wheat and throw it into the grinder.

Since he has celiac disease and must not ingest any wheat, Nate could not take part, and his mom Stephanie Lowe, a parent volunteer on the trip, stood by on edge. Then, to make things worse, one of the kids went up to crack an egg, one of Nate’s most severe food allergens.

“It’s the same field trip the school had been doing for many years,” Lowe explains. “The teachers knew the program and how it worked, so I was surprised nobody mentioned this part to me.”

She was relieved to see the teacher take the student who had touched the egg to wash his hands properly. But now Nate also wasn’t able to participate in handling the old-fashioned tools that were used to make the cake. “He understood, but he was disappointed,” Lowe recalls. To add insult to injury, his classmates got to sample the johnnycake, while Nate watched. “Had I known ahead of time I would have come up with an alternative for him,” she says.

For students, field trips are often highlights of the school year. Kids get to leave the routine of the classroom and experience something new: a farm, an aquarium, some time in nature or maybe a musical production. But with food allergies, the problem is that to have this enriching experience, your child has to leave the comfort zone of school. It’s at the school where you have set up processes and boundaries to keep him safe. The field trip is new terrain: the day, often with lunch, is spent in an unfamiliar environment.

“With food allergies, there’s a lot of focus in parents’ minds about the cafeteria. And while we have to be careful everywhere, anything outside the norm, like field trips, is where the risks can be greater,” says Gina Clowes, food allergy consultant and former director of education for Food Allergy Research & Education (FARE).

Allergenic hazards often abound on a field trip: crumbs on the venue’s cafeteria table; a well-meaning bus driver who hands out candy to the students; a teacher who throws all the lunches into a big bag for transportation; or a parent chaperone who treats the kids to popsicles at the end of the trip. With the excitement and busyness of the day, other peoples’ guards might be down. This means the allergy parent needs to be on extra-high alert. 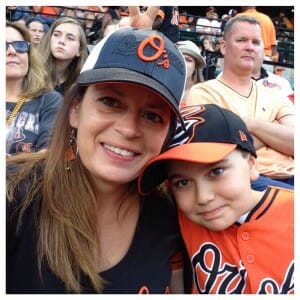 Tricia Lader and her son Dustin.
Tricia Lader, whose 10-year-old son Dustin is allergic to peanuts, tree nuts, lupins and lentils and has recently been diagnosed with eosinophilic esophagitis, is proactive when it comes to field trips. Well in advance, the mom from Stewartstown, Pennsylvania tries to find out everything she can about the trip: what the venue is like, where the class is going to eat lunch, and what transportation will be used.

“At the beginning of the year, we have a meeting with the new teacher, the principal, the nurse and assistant nurse, anybody who might be involved with caring for him, to go over any information that needs to be updated. At that meeting I always ask that the new teacher provide me with the name of the venue and any information they can give on the field trip as much in advance as they can. From there, if they can provide an itinerary, I go over that and look over the website, or I’ll call the venue and get more information,” she explains.

One of the big issues with field trips is supervision: there are often multiple classes together on the bus and at the venue, and other teachers might be in charge of your child at any given time. Students are also often broken into small groups with chaperones.

Young Nate has a 504 plan, a document that formalizes equal access to education for a student with disabilities (which can include food allergies as they may impair life activities such as eating and breathing). Lowe has it written into his 504 plan that one parent is always allowed on the field trip, regardless of how many chaperones are attending. (If neither she nor her husband is available, the 504 plan states that Nate would stay with the teacher and not be put in another parent’s group.)

Lader also made the decision early on to attend every field trip with Dustin. “The teacher has so many kids to look after and the average parent isn’t that food allergy aware, so it left me nervous. I didn’t want him to stay home because he looked forward to the field trips. That’s why I decided I’d go with him – for his safety and to ease my nerves.” 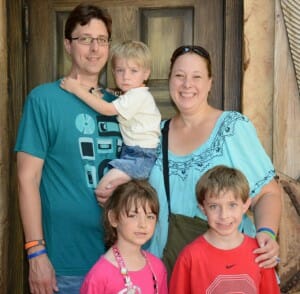 Nate Lowe with his parents Stephanie and Dan Lowe and his siblings.
She’s glad she’s been there. For instance, Dustin’s class went on an environmental field trip to learn about things like watersheds, pollution and the availability of fresh water. Despite researching the facility and calling ahead, Lader was surprised to find out that there were walnut trees on the property, and she was concerned about kids playing and smashing the walnuts and getting the nuts on their hands.

That trip brought other challenges: some high school students who were helping out brought reptiles with them, and encouraged the kids to feed them. But Dustin couldn’t touch the food because of the potential for allergenic ingredients.

Also, there were no sinks for washing hands, as there were only portable restrooms at the site. “There was nowhere for the kids to wash their hands even after eating their sandwiches, and the field trip was very hands-on. They had butterfly nets. They were playing with fishing nets. It was a very active field trip where the kids were involved with touching and grabbing things.”

As Lader experienced, outdoor field trips – particularly those with animals – can include activities that aren’t safe for certain allergies. For example, in kindergarten, Lowe’s son’s class went to a farm with a dairy cow. The kids were invited to milk the cow. Nate couldn’t participate, but it helped that other kids chose not to either. (The teacher did get all the kids who had milked the cow to wash their hands.)

Clowes recalls a similar experience with her son, who has multiple food allergies, when he went on a field trip to a local orchard. She had checked out the location in advance, and everything seemed fine.

“They were going to look at the different plants, look at the pumpkins and there were some animals and gift shops. But I didn’t realize until I got there that they were actually going to feed the animals. I needed to know – what was in that feed?” (For children with asthma, there’s the additional concern about dander allergies, especially with animals such as horses or rabbits.)

6 Steps To A Successful Field Trip

While one of the benefits of a field trip is that it provides for hands-on learning, for a kid with allergies, this often means they’re touching things that might not be safe. Clowes’ son took part in a field trip to a science center, and had an unlikely reaction. “He did an activity where you stick your arms all the way into this thing to feel something. When he took his arm out, he began scratching like crazy and his arms were pink.”

Clowes took him to the restroom to wash his arms and gave him some antihistamine. “He has a latex allergy and that must have been what was inside,” she says. She’s glad she attended that trip. “If someone else had been with my son, would they have put it together? Would they have acted that quickly?” she says.

Field Trips on Their Own

There does come a time, however, when your child will be going off to field trips on her own. Lisa Giuriceo, mom to a teen with multiple food allergies, used to attend all field trips with her daughter. But as Patricia got to around age 11 and was able to self-carry epinephrine, Giuriceo started letting her go on her own on short trips, usually just to other schools in the district.

Then in the seventh grade, her daughter’s class went on an overnight trip to Boston. It was a big step, but Giuriceo knew Patricia had the skills and maturity for this trip. All the same, “I was a nervous wreck,” she admits.

Giuriceo packed a cooler bag full of safe food and arranged for her daughter to be allowed to take it with her whenever the group went out to eat. Before the trip, Giuriceo invited the friends her daughter would be sharing a room with and their parents over for a little party.

“We went over commonsense things, like always stay with your group, but we also trained them on how to use the EpiPen,” she says.

The school nurse was also present on the trip, and the students had her number in case they needed to call her in an emergency. But in the end, there was no emergency. Giuriceo laughs, saying the only thing the girls texted the nurse for was where to find the hair dryer. Her daughter had a great time on the trip and all the planning was worth it.

Lader agrees that despite the stress and extra effort, field trips are an integral part of her son’s education and development. “He finds schoolwork a chore, but on these field trips he just shines. He’s the first one to raise his hand, the first to answer questions and get involved. It’s really nice to see him enjoying it.”

Related Reading:
6 Steps To A Successful Field Trip
What Can I Do to Ensure the School Bus Ride is Safe for My Allergic Child?
The Overnight School Trip: Like Boot Camp for Teens with Food Allergies 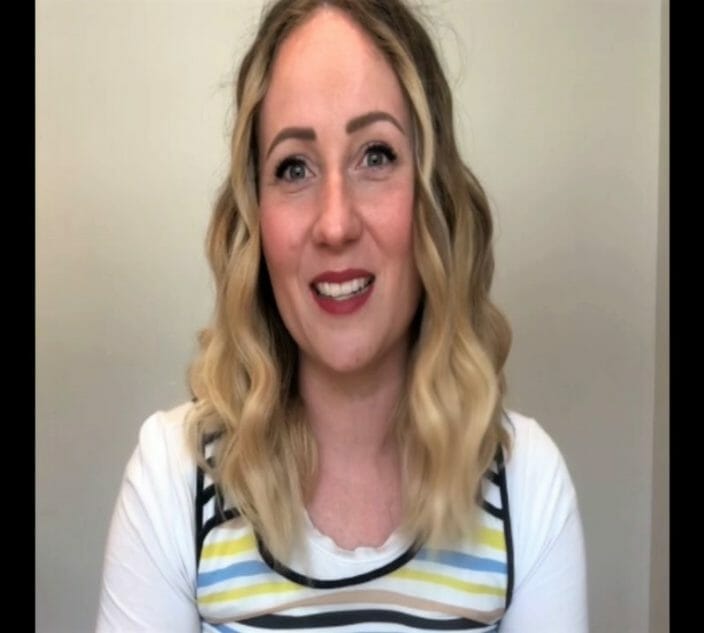 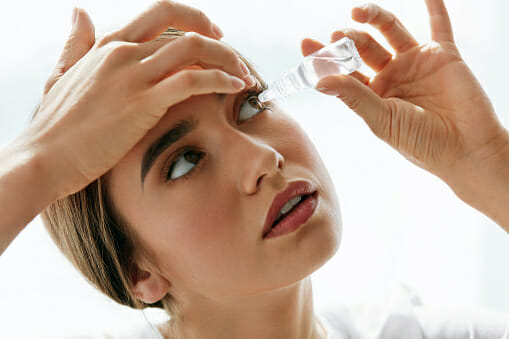 All About Eye Allergy: The Itch, the Blur and Condition Confusion 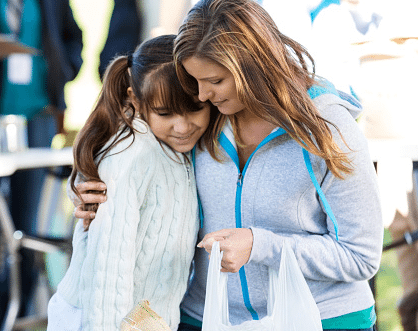