Home All About EoE (Eosinophilic Esophagitis) 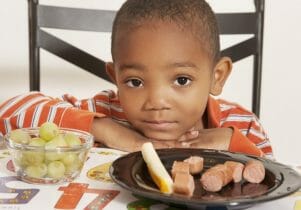 The food allergy known as eosinophilic esophagitis, often called EoE or EE, causes damaging inflammation in the esophagus when certain foods are consumed. It is a challenging disease to diagnose, treat and manage.

Eosinophilic esophagitis is the most common of a group of diseases known as the eosinophilic gastrointestinal disorders. In the United States, an estimated 1 in 1,800 people are diagnosed with EoE, and the prevalence of this condition has increased, particularly in North America, Europe and Australia.

In EoE, white blood cells called eosinophils accumulate in the esophagus – the digestive tube that leads from the throat to the stomach. These cells cause inflammation, often severely scarring esophageal tissues, and lead to a range of frequently painful symptoms.

Allergic Living contributor Ishani Nath speaks to EoE expert Dr. Jonathan Spergel, an allergist and professor of pediatrics at Perelman School of Medicine at the University of Pennsylvania, who explains everything from EoE’s status as a food allergy to why some EoE patients need feeding tubes.

What are some clear signs a child should be tested for EoE?

EoE can be diagnosed in patients of any age but is most commonly seen in patients who have asthma, eczema, food or environmental allergies or a family history of allergies, particularly Caucasian males. Unfortunately, EoE can be difficult to diagnose because symptoms can vary by age and can easily be mistaken for other conditions.

Infants and toddlers (0-5 years old) with EoE may have difficulty swallowing and refuse food, explains Spergel. Other symptoms can include vomiting, abdominal pain, and in advanced cases, failure to thrive – meaning insufficient growth in height or weight.

School-age children (6-12 years old) will often complain of recurring abdominal pain. “The problem with abdominal pain is that it can be from lots of things,” says Spergel. The same symptoms could be from constipation, an unbalanced diet, or simply not wanting to go to school. School-age children with EoE may also experience trouble swallowing, vomiting, and in some cases, food that becomes stuck in the esophagus. This is known as “food impaction.”

Patients with EoE often react to multiple food triggers, though fortunately, some are able to reintroduce certain culprit foods back into their diet.

How are EoE symptoms different in adults?

For those 12 and over, into adulthood, Spergel says that the most telling sign of EoE is food getting stuck in the esophagus.

“You get more of what we call ‘dysphagia’ – trouble swallowing – and food impactions, so it takes them a long time to eat,” he says. “They need to chew multiple times, and drink lots of glasses of water.”

How do doctors test and diagnose EoE?

There is not yet a definitive test. A physician, typically an allergist or gastroenterologist, will look at a combination of a patient’s history, diet and allergy testing to try and identify problem foods. To confirm, a specialist will perform an endoscopy, inserting a tube with a tiny camera down the esophagus, and then biopsying and analyzing pieces of the tissue.

Determining exact EoE triggers can be tricky. In his practice at The Children’s Hospital of Philadelphia, Spergel says he typically uses blood tests, skin-prick tests, and patch testing. With the latter, a delayed reaction to food is considered a sign of EoE. However, none of these are guaranteed to catch EoE triggers.

If a patient is reacting to milk, for example, and she removes dairy from her diet, she will feel better, explains Spergel – but many such patients will not test positive for milk in allergy testing. Spergel says that sometimes it’s easier to remove suspect foods based on an educated guess rather than relying on test results. “It becomes a matter of empiric elimination at that point,” he says.

What makes EoE a food allergy, since there’s no IgE antibody involvement?

“It’s because when you take the food away, the disease gets better,” says Spergel. “Bring the food back, the disease comes back. But it’s not IgE-mediated, so it makes it trickier to find out what foods are involved.”

If EoE isn’t a typical food allergy, why is allergy testing usually recommended? 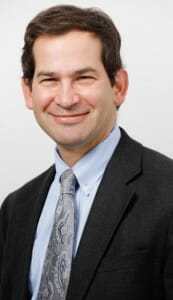 Since many patients with eosinophilic esophagitis have other allergic disorders, Spergel says it’s important to conduct skin testing to identify any IgE-mediated allergies. Allergies to dust, animals, pollen or mold, for instance, can worsen EoE symptoms. The AAAAI, the allergists’ organization, recommends allergy testing for EoE in order to know how to structure a patient’s diet and identify any allergic aspects of EoE.

Spergel calls allergy testing a helpful tool for identifying and managing this complicated disease: “It gives us a hint at where to start.”

What are the treatment options?

There is no cure for EoE, but treatments fall into two main categories: medication or diet.

Medication: There are no approved drug treatments for eosinophilic esophagitis, or EoE. However, Spergel explains that physicians sometimes employ steroids, such as glucocorticosteroids or corticosteroids, which a patient swallows to help coat the esophagus. This can reduce eosinophil activity, and ease inflammation.

“The advantage of medication is that you can have a relatively open diet,” he says. “But medications only treat the symptoms and they have side effects to potentially worry about.”

Diet: As with IgE-mediated allergies, the best way to avoid reactions is to take EoE trigger foods off the menu. When it is unclear what the culprit food is, physicians may try eliminating multiple suspect foods at once. Once the symptoms have resolved on the diet, foods can be slowly be reintroduced to help identify which are triggering EoE or the patient can be kept on the diet as a long-term treatment option.

Deciding what treatment to go with depends on the patient. “Find out what your priorities are – and they can change over time,” advises Spergel.

“Do you want to be medication- or more diet-focused? We can give someone enough medication to make almost anyone better. We can get a diet that almost gets anyone better, too. We need to figure out what the balance is between the two.”

What is the Six-food Elimination Diet and when is that used in treatment?

The “Six-food Elimination Diet” describes a diet in which the patient stops eating all the top allergenic foods – milk, eggs, nuts (peanuts and tree nuts are grouped), wheat, soy and seafood (fish and shellfish). This diet is used to resolve symptoms and if effective, can be a long-term treatment.

For young children, Spergel says that clinicians can often simply remove milk, egg, soy and wheat from the diet rather than the full “six-food” elimination. However, since teens and adults have more complex diets, physicians will often recommend the removing all the most common EoE triggers.

Patients with eosinophilic esophagitis often react to multiple food triggers. For most patients, EoE is a lifelong condition, but the better news is that with time and treatment, some patients are able to reintroduce certain culprit foods back into their diet.

What is an “elemental diet” and when is that used?

If a patient doesn’t improve with an altered diet and medication, and is severely symptomatic, physicians may recommend an “elemental diet” – which essentially removes all regular foods and drink from the diet. Patients on this treatment receive nutrients by consuming a cocktail of amino acids, sugars, vitamins, minerals, and fats for approximately four to six weeks.

If an endoscopy shows that the esophagus has healed, then foods are gradually re-introduced in order to identify the culprits triggering EoE symptoms.

When is a feeding tube needed with EoE?

“The feeding tube is needed in anyone who can’t get enough nutrition in,” says Spergel. For instance, this may include the child who is on a six-food elimination diet but not getting enough calories, or one who is on an elemental diet but cannot tolerate the taste of the nutrient mixture.

Only a small proportion of patients will require a feeding tube to manage EoE. Most will be able come off the tube after the inflammation in the esophagus has sufficiently decreased.

At what point does EoE become a medical emergency?

According to Spergel, there are two emergency situations for EoE patients:

EoE reactions are not like anaphylaxis, notes Spergel. It is not an immediate threat to a patient’s life, so the level of medical concern is really determined on a case-by-case basis.

Is food cross-contact a concern for those with EoE?

“Yes, but less so than with IgE-mediated allergies,” says Spergel. The allergist says while EoE patients are not likely to have a reaction from cross-contaminated food, if they eat such a food every day, then they may experience symptoms.

Can patients gain control over EoE?

“Definitely,” says Spergel. “Most of our patients have good control over the disease.” The EoE expert compares this condition to asthma saying that, as long as patients adhere to their treatment and avoid triggers, they’re able to live normally and fully. 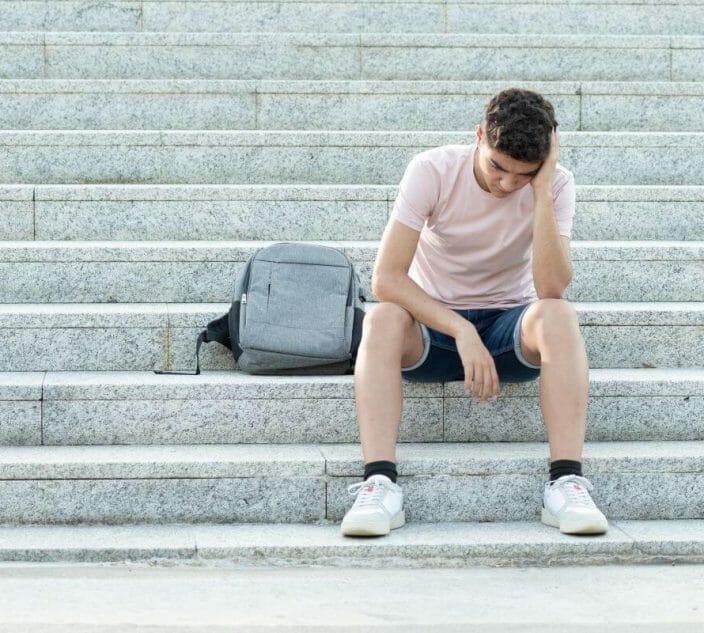 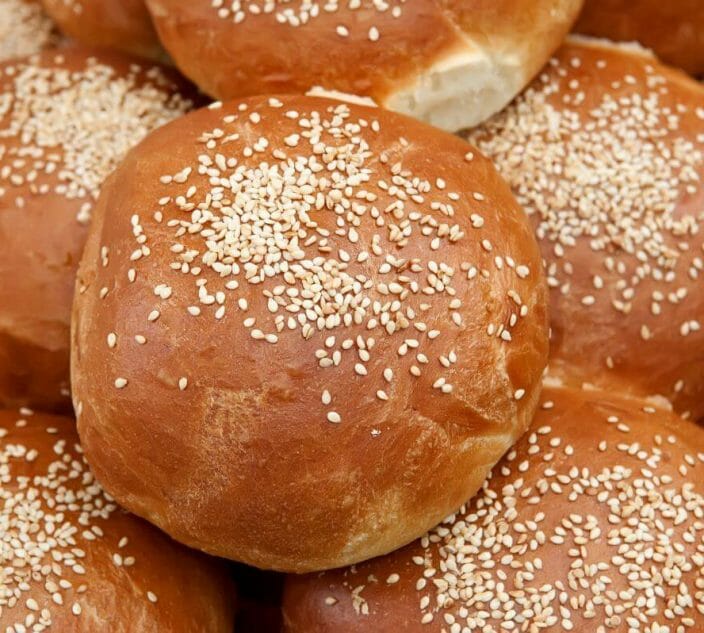 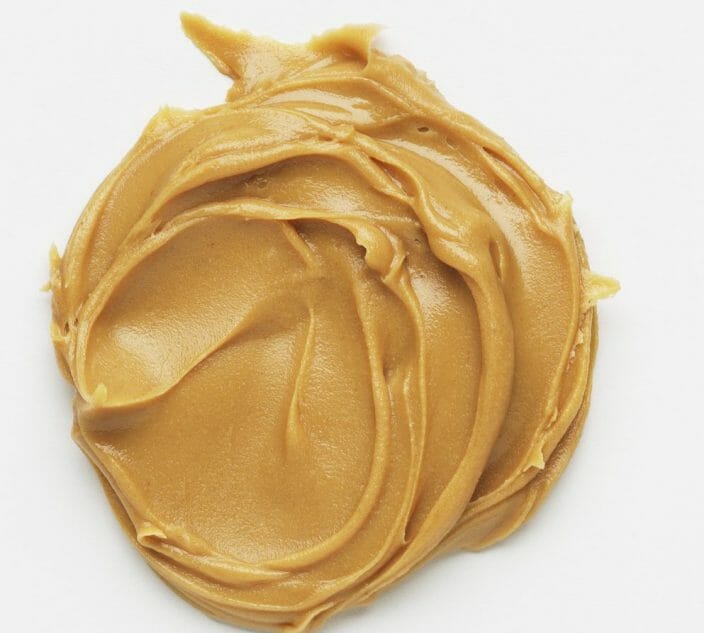