Home Ask the Experts Will a Child with Peanut Allergy React to Peas and Beans?

My son has a severe peanut allergy. After that diagnosis, and largely due to fears of a cross-reaction, I have not introduced him to legumes like green beans and peas. He’s now 5 years old. Is it safe to just introduce peas and beans now, or is there an elevated risk of other legume allergies? 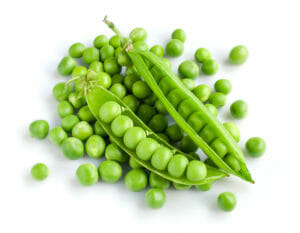 Dr. Sicherer: Peanut is a bean and is related to other legumes. However, studies suggest that only about 5 percent of children with peanut allergy react to other common legumes.

If a child with peanut allergy is tested to beans, many of them will show a positive test result (which is known as sensitization). And yet many will tolerate eating these legumes, since sensitization does not mean there’s an allergy.

However, when a child gets symptoms with any beans other than peanut, it may indicate a more general legume allergy. In that case, more caution is warranted.

Some beans appear to be more potent as allergens. Lupine (or lupin) is a bean eaten whole or sometimes processed as flour used for bread or pasta. Studies suggest between 4 and 39 percent of people with peanut allergy are allergic to lupine.

Chickpea, lentil and green pea also appear to account for more reactions among those with any bean allergies compared to other beans such as string, white, black, navy, lima and kidney beans.

In your son’s case, since beans have been avoided, I would work with your allergist. But given the statistics, it is quite likely that he will tolerate most, if not all beans.

Related:
Lupine Warning Issued After Peanut-Allergic Boy’s Reaction
Why Are There So Many Food Allergies Today?