Home Ask the Experts What Happens to Epinephrine When It’s Exposed to Cold Temperatures?

Q: If you accidentally leave an EpiPen (or the generic version) in a car overnight in below-freezing temperatures, will it be ruined? 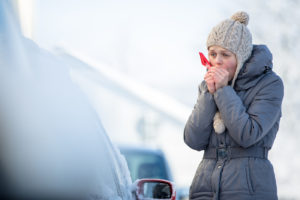 Dr. Sharma: A review of nine studies examined the stability of epinephrine at extreme temperatures.

The review found that there was no significant degradation of the medication with exposure to extreme cold. Epinephrine was also found to be stable with real-world temperature fluctuations.

The only exposure that was associated with degradation of the epinephrine was extreme heat, and even that involved pro-longed exposure.

It should be noted that most of these studies involved epinephrine in vials or sealed syringes.

Only two of these studies evaluated epinephrine administered via auto-injector devices (one evaluated heat and one freezing), and all 40 of the devices tested in those studies fired correctly after exposure to extreme temperature.

While it is still recommended to keep epinephrine within a room temperature range, the studies suggest that freezing and limited heat excursions may not result in degradation of the medication.

Related:
Allergic Living’s Guide: All About Epinephrine
How Does Epinephrine Turn Off an Allergic Reaction?
Should a Second Dose of Epinephrine be Injected Into the Opposite Thigh?

Dr. Sharma is an allergist, clinical researcher and associate professor of pediatrics. He is Chief of the Division of Allergy and Immunology at Children’s National Medical Center in Washington D.C. and Director of the Food Allergy Program. He co-authors “The Food Allergy Experts” column in Allergic Living‘s e-magazine. Questions submitted will be considered for answer in the e-magazine.