As a baby, Daniel Lubetzky’s son had an allergic reaction to pineapple, and later, birthday cake. “We eventually connected the dots and realized he had 11 allergies to several types of tree nuts, seeds, shellfish, mustard” and other foods, says Lubetzky, the founder of KIND Snacks.

An allergist recommended oral immunotherapy (OIT). During OIT, patients consume gradually increasing amounts of their allergen over the course of several months until they are able to tolerate a specified amount of it without reacting.

To Lubetzky, an entrepreneur whose company is valued in the billions, tackling one food allergy at a time sounded impractical. Based on that allergist’s protocols, “it would have taken 10 years or longer to overcome a fraction of his allergies and a lot of work,” Lubetzky says.

A friend suggested Lubetzky see Dr. Kari Nadeau, director of the Sean N. Parker Center for Allergy and Asthma Research at Stanford University. Nadeau was one of a few allergists conducting clinical trials for multi-allergen OIT, in which the aim is to desensitize patients to several foods at once.

“We agreed to enroll our son in her program and within a year, he had overcome all of his 11 allergies,” says Lubetzky, whose wife, Michelle Lynn Lieberman, is a physician. “It changes your life to know you don’t have that fear you’re going to end up at the hospital.”

Patients like Lubetzky’s son, with numerous, life-threatening food allergies, are the inspiration behind a new venture called Alladapt Immunotherapeutics. It is co-founded by Nadeau and Ashley Dombkowski, a Silicon Valley biotech executive. The company is developing a new biologic drug that may be able to desensitize children and adults to as many as 15 allergens simultaneously.

With desensitization, patients can eat an amount of allergenic food without risking a serious allergic reaction. However, they must stay on a maintenance dose indefinitely to maintain this protection.

The 61 children and 12 adults in the trial tested as highly allergic to between one and five food allergies among those contained in the formula. (Some participants have additional allergies, to which they’re less reactive.)

Under the trial’s protocol, they will consume either a placebo or a capsule containing the allergenic proteins, in gradually increasing amounts. The study is “blinded” so they won’t know which they are taking. At 40 weeks, they will be tested again to see if they can tolerate as much as 600 milligrams of their allergens (about two peanuts, more than a tablespoon of milk or one to two bay shrimp) without reacting.

Alladapt’s eventual goal is to win approval from the U.S. Food and Drug Administration (FDA). “If you were able to have the full complement of foods in your treatment, you are ‘one and done’ instead of doing one food at a time, which could take 10 to 15 years,” Nadeau says.

Although the trial was initially planned for kids only, researchers added the smaller group of adults because of the “the tremendous need in adults and the fact that Dr. Nadeau has had success with OIT at all ages,” Dombkowski says. “Our long-term goal is to address both pediatric and adult food allergy.”

Many people with food allergies are allergic to multiple foods. Of nearly 8 percent of U.S. children who have food allergies, a Northwestern University study found that 40 percent have more than one. Among children with peanut allergy, 93 percent are also allergic to other foods, Nadeau says.

In the mid-2000s, when she was new to food allergy research, Nadeau exposed blood samples of allergic patients to multiple allergens. She found that allergens didn’t interact with one another, or compound the immune system response. Nadeau reasoned that as long as the initial doses were below the threshold for reactions, she should be able to give the food allergic multiple allergens at once, without increasing their risk of reactions.

She was enthusiastic, but not everyone was. It took years to get the approval and funding for a multiple allergen OIT clinical trial in kids. When the results were finally published in 2014, her research showed that children could be desensitized to up to five foods at once, without a higher risk of reactions.

Most studies of food allergy OIT focus on single allergens. To date, Aimmune Therapeutics’ Palforzia for peanut allergy is the only OIT formulation to have achieved FDA approval. Palforzia is a once-daily capsule for qualifying children and teens ages 4 to 17. Once they’ve reached that protocol’s maintenance dose, patients consume 300 milligrams of peanut daily to maintain protection.

“The reason I wanted to move forward with multiple allergen OIT is that I felt the need from my patients,” Nadeau says. “I get inspired by the parents and the children, who said, ‘I want something that helps us for everything.’”

The clinical trial for ADP101 filled up quickly. So far, “things are going very, very smoothly,” Nadeau says, and no patients have dropped out.

At the outset, some of the study participants reacted to as little as 1 milligram of their allergens. “They are going very low and very slow,” she says.

Updosing to gradually larger amounts of the formula occurs every two weeks, but that can be delayed if participants experience any symptoms of an allergic reaction, she adds. While some of Nadeau’s other multi-allergen OIT trials have employed the anti-IgE biologic drug omalizumab (Xolair) as a combination therapy, omalizumab isn’t being used in the ADP101 trial.

When clinical trials are complete, Alladapt will seek approval from the FDA, as well as from regulators abroad. FDA approval would mean that insurers are more likely to cover the treatment, says Dombkowski. By having a standardized treatment – patients receive all 15 allergens in the capsule, regardless of their actual allergies – they hope to create a treatment that’s accessible and affordable.

A Mission to Scale Up OIT

“We want to generate the safety and efficacy data in a rigorous clinical trial, using an FDA-regulated framework,” Dombkowski says. “We want to package the drugs in ways that can support really consistent, precise dispensing by physicians to patients, and can support patients being adherent with therapy as well over time.”

OIT, as it’s offered today in allergists’ offices or clinical trials, represents “glimmers of hope” for families able to access it, she adds. “But we need to scale it, industrialize it and standardize it – or it will remain a niche that can’t help enough people.”

Dr. Brian Schroer, director of allergy and immunology at Akron Children’s Hospital, says if clinical trials pan out, the Alladapt approach could protect people from accidental exposure to a range of common food allergens. Because it covers so many allergens, more physicians might be willing to offer it.

“One of the biggest things holding physicians back from offering OIT is understanding how to do it and being able to implement it,” Schroer says. “This is one protocol they can do for all the foods.”

However, clinical trials will need to show that it’s safe to desensitize to as many as 15 foods at once. Although food allergy reactions are not “additive” – a milk reaction would not trigger a peanut reaction, for example – it’s possible that people could react to both at the same time and have worse symptoms, Schroer says. And as of now, it’s unknown if there is an optimal number or combination of foods to desensitize to at the same time.

“This study will be very useful to answer many of the questions we don’t have answers for about multi-allergen OIT,” Schroer says.

At the end of the Phase 1/2 trial, patients will have the option of continuing in an open-label extension study, during which those on the placebo will receive the actual treatment. Alladapt has plans to launch a Phase 3 trial in early 2024. The company has also built its first manufacturing facility near Philadelphia.

The peace of mind that Nadeau’s multi-allergen OIT meant for his family led Lubetzky to become an investor in Alladapt. (The biggest investor is Gurnet Point Capitol, a healthcare venture capital fund). Nadeau offered “the opportunity to help my son overcome this for the rest of his lifetime, as opposed to him playing Russian roulette every time he went to a restaurant,” he says.

Lubetzsky wants to see other families benefit, too. “I meet a lot of friends who have been told that they cannot achieve this without a 10-year commitment and they basically give up,” he says. “I introduce them to these other protocols and it’s so much more manageable. They end up pursuing it, and avoiding huge pain in their lives.”

Related Reading:
Palforzia OIT Sees Maturing of Immune System over Time
When a Child Goes to School with Multiple Allergens
Milk Allergy: 3 Families on Life with a Tough Allergen 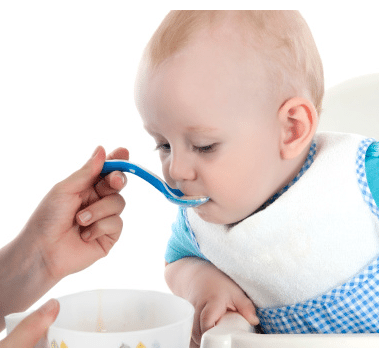 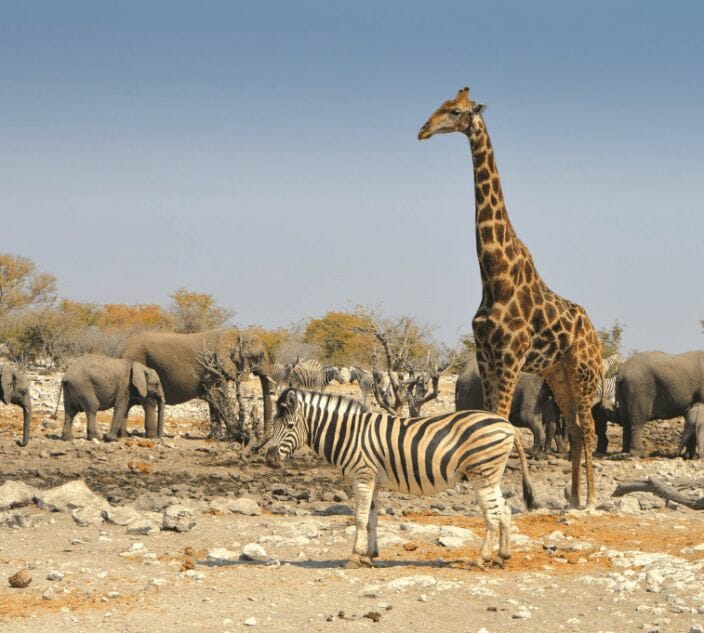