With so much information just a web search away, Dr. Priya Bansal often finds herself debunking spring allergy myths with her patients. The Chicago-area allergist calls it the “Dr. Google effect.”

It’s no wonder, since health information bombards us from so many sources – friends, social media, TV shows and marketing campaigns. But only some of it is credible, and not everyone can separate fact from falsehood.

Allergic rhinitis, or hay fever, affects about 20 million adults and six million children in the U.S., plus another seven million in Canada – so everyone has an opinion. Pollen-based rhinitis also crosses from one trigger and one season to the next: first up is tree pollen, then grass and, ultimately, fall’s ragweed.

As the season’s chorus of sniffling, throat-clearing, hacking and tissue wiping gains volume – we turn to allergy experts Bansal and Dr. David Stukus to cut through the noise of spring allergy myths with the science-based lowdown.

The Facts: Debunking this theory comes in two parts: the presumption about flowers, and then the honey. Floral blooms start to burst open in spring just as people with pollen allergies begin to suffer. Bansal says the synchronous timing prompts some to conclude falsely that flowers are the cause of their seasonal allergies, while far more likely to blame are the subtle clouds of tree pollen.

Stukus, who is an associate professor of pediatrics in the allergy and immunology division of Nationwide Children’s Hospital in Columbus, Ohio, explains that the pollen of most plant flowers is too large to be carried on the breeze and inhaled. This is why flowers rely on insects like bees to spread their pollen and procreate. If inhaled, flower pollen is also too large to cross mucus membranes and meet with antibodies to kick off a release of the chemicals involved in a reaction.

Tree pollen, in contrast, is designed to fly. Sometimes too small to be seen, billions of easily inhaled tree pollen grains are churned out in spring by offenders including alder, cedar, birch, maple, juniper or cottonwood trees.

Since tree pollens are the culprits, this calls into question the popular notion that local honey can prevent symptoms. The tubs on farmer’s market tables may well contain flower pollen that fell off bees, but it’s not the right type of pollen to desensitize people who have tree allergies. Plus, if someone chose to mix in tree pollen, there’s no proof it would desensitize.

In fact, Stukus says consuming a tree’s pollen might lead to symptoms. “If your allergies are getting better with honey, it’s probably coincidence,” Bansal says.

One Connecticut study found participants with pollen allergies showed no significant difference in their symptoms whether eating local, unpasteurized honey, nationally collected and pasteurized honey or a honey-flavored corn syrup.

Myth 2: Antihistamines will make me drowsy;
I should only take them when I really need them.

The Facts: Times have changed, and so have allergy medications. More than 20 years ago, a wave of second-generation antihistamines were approved that are longer-acting and far less likely to cause drowsiness.

The older medications remain on the market, and Stukus says this can cause some consumer confusion. “There’s no reason why anybody should use those old antihistamines any longer,” he says. Although newer antihistamines can make a minority of people drowsy, Bansal stresses that active ingredients also vary among medications. So if one causes sleepiness, try others before ruling them out.

There are pollen allergy treatments beyond antihistamines. Stukus notes, for instance, that nasal steroid sprays are the best first line of defense for congested, runny noses. (They are now available over-the-counter in the U.S. and most of Canada.) An allergist can also provide advice on: prescription drops for itchy eyes and allergy shots or under-the-tongue pills as immunotherapy for those allergic to grass or ragweed.

Myth 3: Young children can’t be allergic
to pollen from trees and grass.

The Facts: Unfortunately, pollen allergy symptoms can surface as early as 2 or 3 years old. A child needs to be exposed to the pollen for at least two seasons before the immune system will recognize the proteins as invaders and trigger an allergic reaction. A Japanese study of 130 children with environmental allergies and asthma found both runny, itchy noses and asthma symptoms started, on average, near the end of their third year.

Some parents are reluctant to give their children medication, thinking it could be harmful. Bansal assures, that’s not the case. Many of the over-the-counter medicines have been studied for safety in kids.

There is harm in ignoring symptoms. “If your child is congested daily and can’t focus, or may be struggling at school because they’re constantly wiping their noses with tissues, you want to get the child evaluated,” she says. Parents should be on the lookout if a child frequently clears the throat and rubs the nose. A pollen-allergic child may have dark circles around their eyes.

If anything, Bansal says doctors and parents should be more aggressively treating children’s allergies to prevent complications, such as nasal polyps or sinus damage. Many nasal sprays and anti-histamines are approved for use by children as young as age 2.

Myth 4: Hay fever is irritating, but harmless,
and I can just tough it out.

The Facts: “Of the spring allergy myths, this is my biggest pet peeve as an allergist,” Bansal says. “It’s not normal to be tired and stuffy.”

Not only can it be miserable to leave seasonal allergies untreated, it can potentially cause permanent damage. Along with hay fever, a patient may have under-lying asthma. If that chronic condition goes untreated, Bansal says the smooth muscles in the lungs can grow thicker from working too hard, and airways can become constricted. Even if you don’t have asthma, constant inflammation and congestion related to rhinitis can lead to sinus woes.

In the bigger picture, Bansal says people with allergies don’t have to accept feeling fatigued and stuffed up all the time. “You are in the driver’s seat for your own body,” she reminds. “You need to take charge of your own health care.” Once on a treatment plan, patients will often tell her:  “I can’t believe I used to live like that.”

Consider this myth-busting truth: research has shown allergy symptoms take a toll on quality of life, sleep, mood, and can interfere with productivity and even sex life. A 2011 study pegged the impact of environmental allergies on the U.S. economy at a staggering $3.4 billion a year.

Myth 5: Pollen forecasts are a good way
to tell if I should go outside.

The Facts: Allergists say pollen forecasts are a good source of information about which pollens are in season in your area. They’re helpful, but currently roam into the “spring allergy myths column,” since they have significant limitations.

Forecasting website Pollen.com, for instance, uses more than 50 years of pollen counts for tree, grass and ragweed along with factors in local weather conditions to assign a rating that predicts whether the day’s levels of allergens will be low, medium or high. But this isn’t like a daily weather forecast; it’s an informed prediction. As well, while perennial ryegrass may be one person’s trigger, for another, it may be Kentucky bluegrass. Pollen forecasts and counts may not differentiate the two.

The National Allergy Bureau does tally daily pollen counts from stations across the U.S., although the results lag current conditions. In this process, rooftop equipment collects pollen for a 24-hour period, then a trained pollen counter reports the number of specific grains collected.

The accuracy of a pollen forecast or count also depends on how close you are to pollen-counting stations. Stukus, who lives in Columbus, Ohio, says the nearest station is 50 miles away in Dayton, where the mix of local plants and weather conditions is different. The daily fluctuations of pollen aside, the allergist says good allergy control can be had through ramping up medications before the predicted start of pollen season.

There is hope for a future with more factual pollen forecasts. In Britain, they are working with DNA sequencing of grass, while in Japan, the future is now. A Japanese weather network has placed 1,000 robotic pollen collectors across that country. The eyes on the devices change color based on hourly detection levels of the dominant pollen in season, and data is fed wirelessly to an online map.

Myth 6: Apps are the best way to control
my seasonal asthma symptoms.

The Facts: Punch the word “asthma” into a smartphone, and a long list of applications appear that allow users to track medication use, record peak flow measurements and symptoms and set drug reminders.

Stukus was curious whether such apps could have an impact on emergency room visits and hospital admissions for asthma attacks. To find out, he and his colleagues at Nationwide Children’s Hospital built their own application called AsthmaCare. The study involved 193 patients (ages six months to 21). Young adults or parents were instructed either to download the app, or referred to asthma management information online. After six months, they found no significant difference between the groups in terms of either ER or hospital visits for asthma.

The authors concluded that if asthma apps are to be widely adopted, they need further testing to show they can improve symptoms, reduce patient and health-care costs, plus be accessible to all education and income levels. “This will never replace the individualized management that physicians and allergists can give somebody who has asthma or allergies,” Stukus stresses. “There are a lot of nuances involved, and a person’s symptoms can change over time.”

Bottom line of the spring allergy myths-busters: prepare early for pollen’s onslaught, see your allergist for medication advice and take online “wisdom” with a big grain of salt. 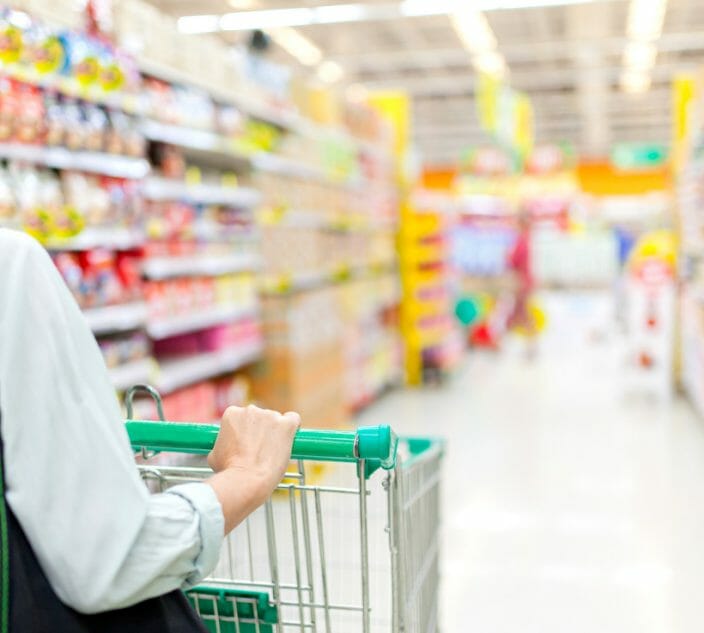 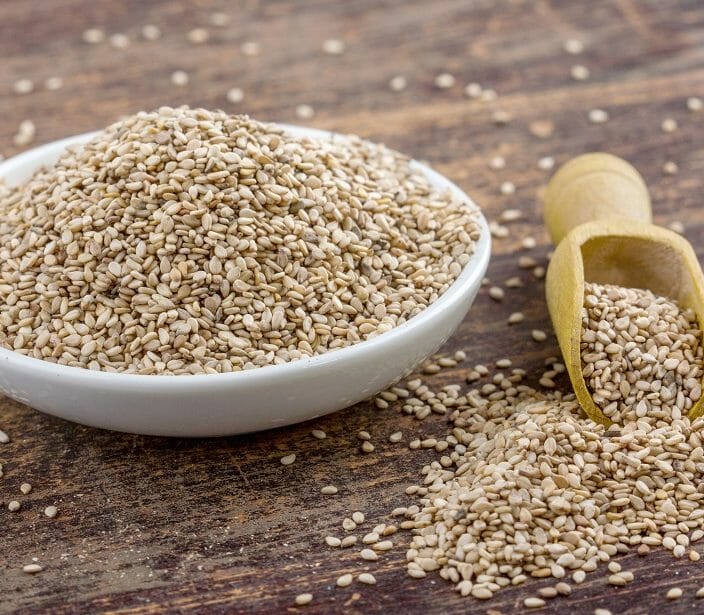 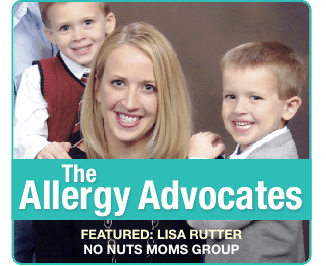