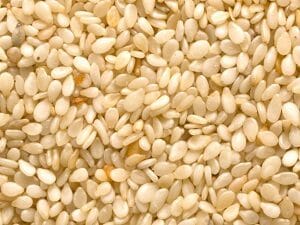 Photo: Getty Images
For recent news on sesame as a top allergen, see this article.

A September 2015 report details just how difficult it is for consumers with this sesame allergy to find safe grocery products. The report comes the lobby to require U.S. food manufacturers to label sesame as a top allergen gains traction.

This report sets out why immediate action is needed to protect between 300,000 and 500,000 Americans who have an allergy to sesame. It comes on the heels of demands by three Senators that the FDA needs to add sesame as a ninth top allergen. Doing so would mean the seed must by law be clearly identified on ingredients lists, and in common language.

Prepared by the Center for Science in the Public Interest (CSPI), the report finds that of 19 major manufacturers contacted, only three – Kraft, General Mills, and Mondelez – label sesame on their products on a voluntary basis. The CSPI found that most food makers surveyed, representing hundreds of brands, fell into two camps:
– those who don’t voluntarily label but will offer information to consumers when contacted;
– and those who don’t voluntarily label and won’t even respond to consumer requests for sesame information. (The reason often given for the latter was that brand recipes are proprietary.)

Sesame Has Many Names

The report urges label reform, noting that “sesame-allergic consumers are thus deprived of critical information when they buy groceries or eat outside of the home.” The seed is often listed under unfamiliar names such as “benne,” “teel,” or “tahini.” It can also be hidden in ingredient lists under the terms “natural flavorings,” “seasoning,” or “spices.”

CSPI, which has been working with allergy advocates such as Nevada attorney Homa Woodrum, alongside thousands of parents and leading allergists over the last two years, filed a Citizen Petition in November 2014, requesting that sesame seeds and sesame products be regulated similarly to other major allergens.

In June 2015, three U.S. Senators joined the cause, helping to put pressure on the FDA to revise the Food Allergen Labeling and Consumer Protection Act (FALCPA), passed in 2004. In August, the FDA responded to Connecticut Sen. Christopher Murphy’s letter stating that it would “carefully review all comments it has received on the petition and related information.”

For advocates, that means there is more work to be done. “We’re encouraging the FDA to act swiftly because of the public safety and health concerns,” Woodrum says. “The unfortunate thing is that there’s no timeline on their end,” and she adds, “they have taken years to answer other citizen petitions. The hope is that, with public support, they will make sesame labeling a priority.”

FARE, the largest U.S. food allergy organization, has thrown its support behind the calls for the ninth top allergen, with CEO Dr. James Baker noting: “With a significant documented increase in the prevalence of sesame allergy, we are pleased to see attention to the need and means for improving labeling.”

FALCPA requires that all packaged food products regulated by the FDA carry labels that identify the top 8 allergens. At the time it was passed, the “Big 8” accounted for an estimated 90 percent of food allergies in the United States. Since 2004, no changes have been made to the list.

An Allergy on the Rise

Yet, “[sesame allergies] have probably increased more than any other type of food allergy over the past 10 to 20 years,” according to Dr. Robert Wood, chief of pediatric allergy and immunology at Johns Hopkins University. They are “now clearly one of the six or seven most common food allergies in the U.S.”

Scientists don’t know the reason why sesame allergy has grown so swiftly. Some surmise that the increased consumption of sesame products such as hummus and halva may be, at least partly, to blame. Foods that were once “exotic” are now mainstream.

Allergen laws in Canada, the European Union and Australia all already require that sesame and sesame-based ingredients be labeled on packaged foods. 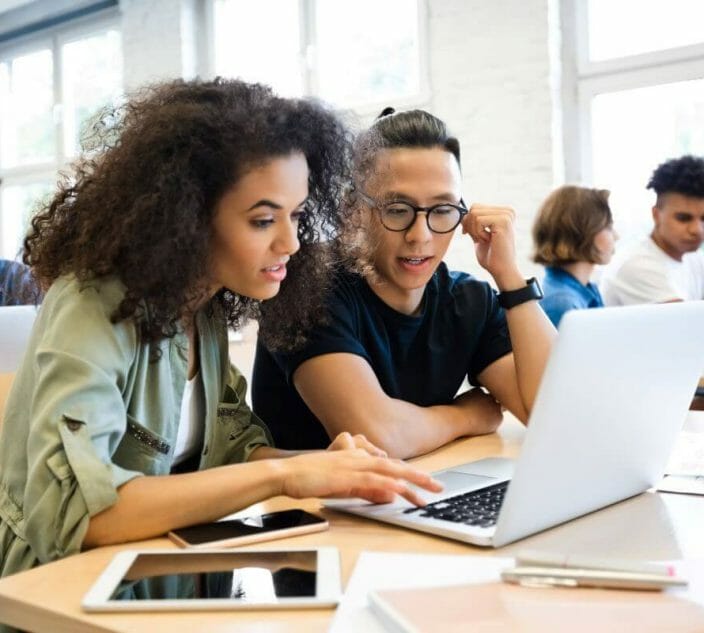 At 4 Colleges, Food-Allergic Students Get Taste of Inclusion 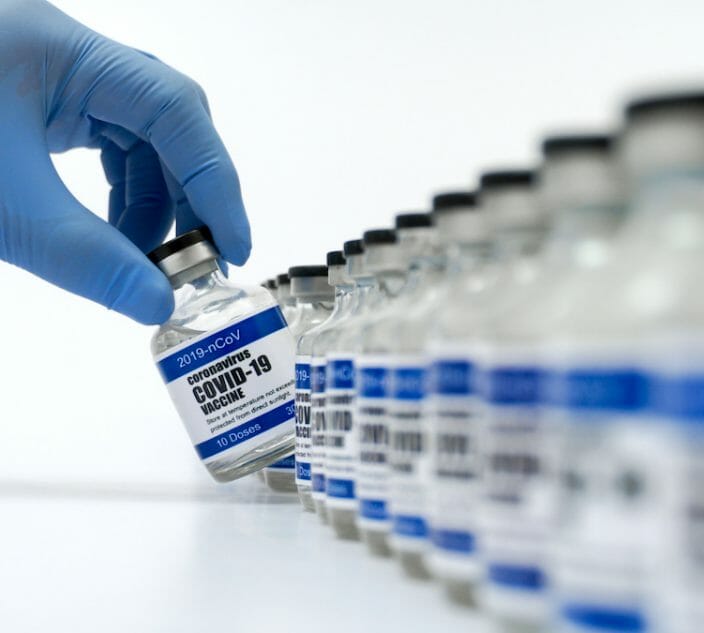