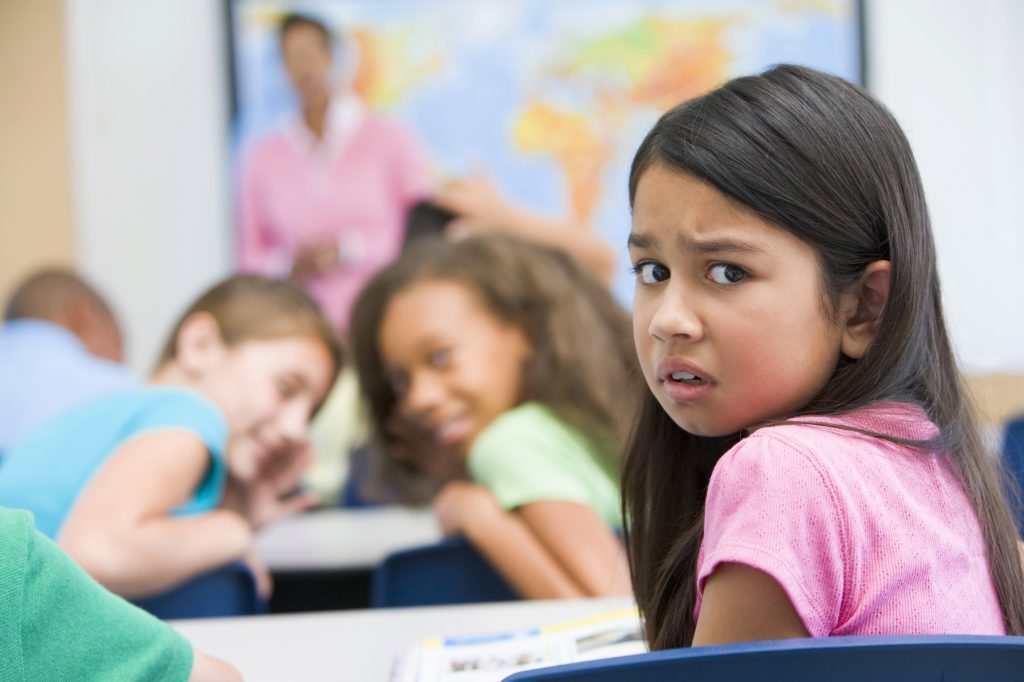 Article from the Fall 2011 edition of Allergic Living magazine.

JACKSON Tichenor was scared. The fourth grader from Stillwater, Minnesota, was walking back to class after lunch when a couple of students ran up to him. “We ate peanuts! We ate peanut M&M’s. And we’re going to breathe on you!” they said. As they leaned in, Jackson, 10, thought the peanuts could trigger an allergic reaction, and that no one would know how to help.

He fled to find the school nurse – as his mom had told him to do if he ever felt unsafe at school.

Cheryl Dorsey was volunteering on a first-grade field trip with her daughter Anna’s class in Huntington Beach, California, when a girl took a sandwich from her lunch bag and waved it in Anna’s face.

“I brought peanut butter; you can’t eat peanut butter!” she chanted. Shaken, Dorsey quickly moved her daughter, who is allergic to dairy, peanuts, tree nuts and sunflower seeds, to a picnic spot away from her classmates. And then she quietly told the other girl, “It is not nice to bully people.”

Bullying isn’t nice, and can be downright dangerous when it’s coupled with the risk of anaphylaxis, a life-threatening condition that can be set off by trace amounts and accidental ingestion. A study published in the Annals of Allergy, Asthma and Immunology in October 2010 found that an astounding one in three children with food allergies has experienced bullying, harassment or teasing because of their allergies – most of it occurring in the supposed safety of school.

From the humiliation of taunts like “peanut kid” to the terror of an allergic reaction, the emotional impact of bullying just adds to the stress carried by allergic kids – and their parents. What’s more, says the survey’s lead author, Dr. Scott Sicherer, comparison to an earlier study showed that food-allergic children in Grades 6 to 10 were more than twice as likely to be bullied as non-allergic students.

While the prevalence of allergy bullying seems high, it didn’t surprise Sicherer, an allergist and professor of pediatrics with the Jaffe Food Allergy Institute at New York’s Mount Sinai School of Medicine. He has been hearing bullying stories for years from the kids and parents he sees in his practice. Sicherer even speculates that, since the roughly 350 responses to the survey were almost entirely from parents, there may be even more incidents than the data captured, as some kids don’t tell.

(The survey grouped the terms bullying, harassment and teasing in order to cover the big picture, so it did not isolate bullying in its specific sense: repeated behavior that is intended to harm, occurring where there is an imbalance of power. However, the survey did find that the behavior was repeated in 86 percent of cases.)

Despite the numbers, the deliberate targeting of kids with food allergies seems to slip under the radar of many in the education system. We raised the question with about a dozen experts from across North America, including teachers, principals, an anti-bullying parent advocate, a school board trustee, and a safe-schools supervisor. All were highly aware of both anaphylaxis and bullying issues, but none had heard of the link between the two.

Ask someone in the allergy community, however, and the floodgates open. Parents have traded harrowing stories on the Allergic Living Facebook page: a bully licking an allergic child’s pencils and erasers after consuming an allergen; one child chasing another with his allergen; students handing out a packaged snack in class and refusing to let an allergic child read the label. Staffers at the Food Allergy & Anaphylaxis Network (now known as FARE) and at Anaphylaxis Canada also report hearing numerous stories of bullying.

So why are allergic kids targeted? Bullying is typically driven by an intolerance toward difference, a sense of entitlement or the liberty to exclude others, according to Barbara Coloroso, the renowned parenting expert and best-selling anti-bullying author. A food allergy certainly makes a child different, and the difference is emphasized by the necessary routine precautions, like carrying an auto-injector and reading food labels, which are part of these kids’ lives.

Sicherer speculates that curiosity may be a factor in bullying by younger children who are told their classmate could get very sick from eating peanuts – yet he looks perfectly normal.

That’s how Jackson’s mom, Lisa Tichenor, sees the motivation of the kids who threatened her son. “I think that those children were truly curious,” she says. “They don’t get it. They don’t get that people can really get sick or worse if something like that happens.”

Coloroso, however, stresses that curiosity does not make the behavior innocent. “Waving a peanut butter sandwich in front of somebody and laughing at it is bullying. It’s cruel. It’s wanting to cause them pain,” says the Colorado-based author of The Bully, the Bullied and the Bystander; who is also a special-education teacher and has dealt with allergy bullying in her classroom.

Coloroso says the responsibility for bullying behavior by kids belongs to the grownups. She puts it simply: “We as adults have not given them good instructions” – by which she means respect, acceptance of differences and what she calls “deep caring.”

Indeed, you don’t need to look far to find examples of grownups having trouble accepting allergy differences. In one case that made headlines in 2011, some parents picketed their school in Edgewater, Florida, to protest that measures to protect one allergic student were causing unnecessary disruptions for other kids. While there will always be debate over where to draw the allergy safety line, it’s not hard to see where some kids pick up the idea that singling out allergic classmates is OK.

Adding to that influence is the occasional insensitive (and sometimes intentional) remark by a teacher or other adult who singles out an allergic child for spoiling the fun: “We can’t have cake at our party because Teddy is allergic, so we’ll just have juice instead.” The bullying survey found that a shocking 21 percent of incidents were attributed to teachers or other school staff. (Read about teacher bullying at allergicliving.com/teacherbully).

In lunchrooms and other spaces where kids and food mix at school, arrangements and supervision vary among jurisdictions and among schools. There’s no single way to ensure safety for allergic children, says Chris Weiss, the former vice-president of advocacy and government relations at FAAN, and a co-author of the bullying survey. “A lot of it depends on the age of the kids, the configuration of a cafeteria, the size of the staff,” Weiss says.

Some schools ask all students to keep lunches and snacks peanut- and nut-free; this is more likely to be the case in the jurisdictions that have legislation (such as New York, New Jersey or Ontario, Canada) or guidelines for managing anaphylaxis in schools. In schools where peanuts and nuts are allowed, the most common lunchroom arrangement seems to be a designated table for allergic kids. In other schools, children eat in their classrooms.

No setting is bully-proof, but close supervision by trained adults helps most, as Tracie Michelson learned when a kindergarten classmate ate peanut butter (which he wasn’t supposed to have) then ran over to breathe on her son Zach, who was sitting at the allergen-free table at his school near Nashville, Tennessee.

The teacher assistants who normally watched over the lunchroom were busy that week supervising standardized testing, so the job had fallen to parent volunteers. Michelson won’t take that chance again; Zach will eat in the principal’s office next time the regular lunchroom supervisors are not on duty.

Next page: Consequences to the victim 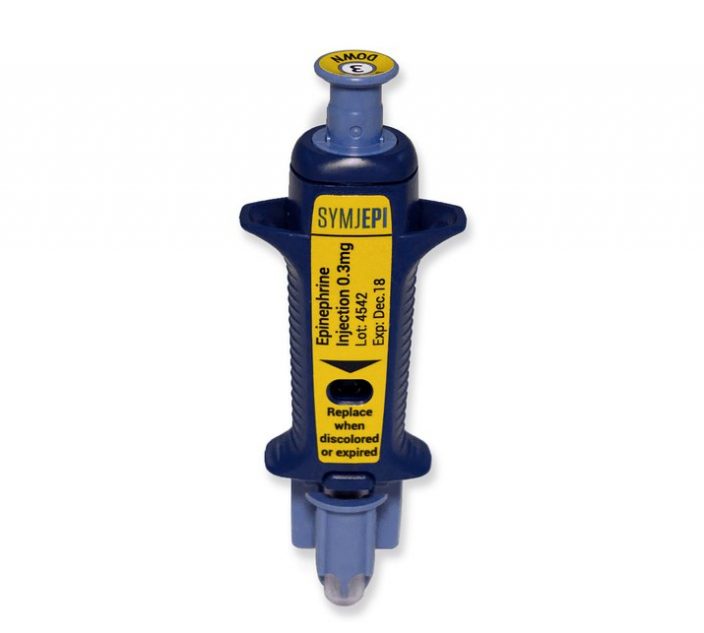 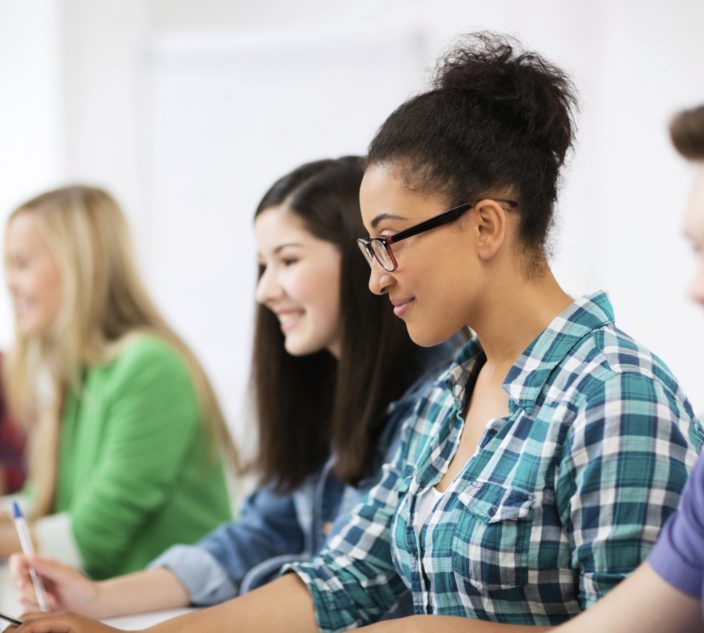 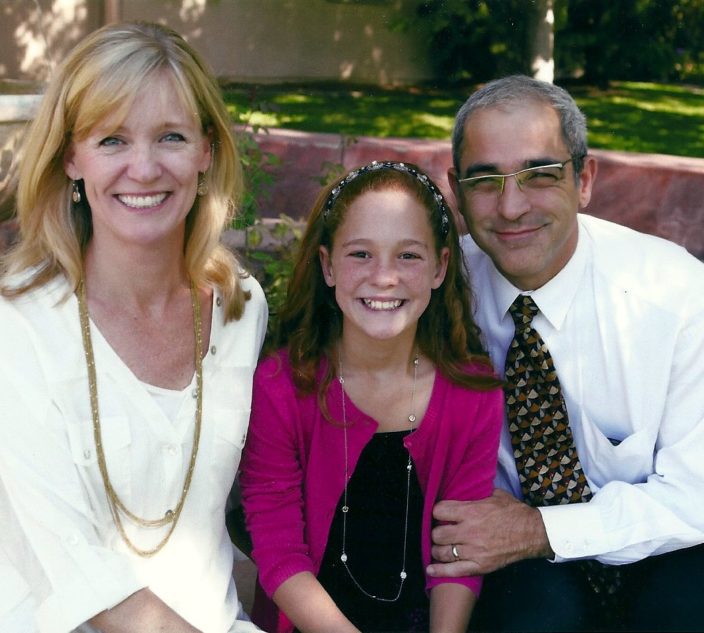 Your Child and Food Allergy Fear and Anxiety