Home The Burden of a Strict Gluten-Free Diet 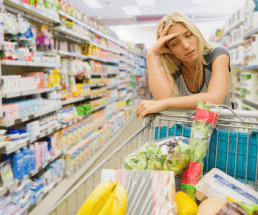 The rigor of the gluten-free diet can lead to high levels of stress and frustration. Photo: Getty
Patients report feeling a great burden involved in maintaining a daily gluten-free diet, the time it takes to research, buy and prepare safe foods, the social isolation related to eating outside the home, and the higher cost of gluten-free products.

At first, Emma Clerx was happy to learn that the uncomfortable gastrointestinal symptoms she had suffered for the last 10 years were due to an autoimmune condition called celiac disease. It was November 2008. She Was 12 years old at the time – adolescent in Seekonk, Mass., who wanted to fit in with her peers.

“At least I don’t have to take any medications,” she recalls thinking. “All I have to do is change my diet.”

Back then, it sounded simple. Stop consuming gluten, a protein in wheat, barley and rye products, and she’d get better. Her GI doctor explained that whenever her immune system detected the protein’s presence, it went on the attack, damaging the villi – tiny, hair-like projections that line her small intestine and act as gate-keepers for nutrients to enter the rest of her body.

But Clerx, now 19 and a sophomore at Harvard University studying biology and Spanish, has since learned that having celiac disease, which affects about 1 percent of the population, it is not so simple after all.

“Products are more expensive, and I have to be hyperaware of what I put in my mouth every day, every minute of the day, no matter where I am,” she said. “It means I can’t be spur of the moment in social situations. I have to plan every little thing in advance.”

In her freshman year, she had to inform the cafeteria staff in her residence 24 hours in advance of her gluten-free menu choices and the times she would be in to eat them.

“I’m not complaining, but all that planning can get to you,” she said. “It’s hard not being able to eat with my friends when I want to, or having to leave the library when I’m studying because, if I don’t, I’ll miss dinner.”

Clerx is far from the only celiac patient who gets frustrated. Researchers, who have concentrated for so long on trying to develop therapies for the condition, are starting to recognize that simply being diagnosed with celiac disease can have a heath impact: a significant level of stress. Patients report feeling a great burden involved in maintaining a daily gluten-free diet, the time it takes to research, buy and prepare safe foods, the social isolation related to eating outside the home, and the higher cost of gluten-free products. 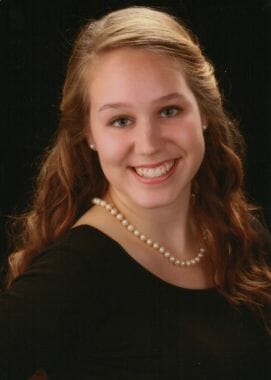 Emma Clerx
And it appears that those with lower incomes are struggling the most, because of a lack of resources and education on gluten avoidance.

In a study published in 2014 in the American Journal of Gastroenterology, researchers from Harvard University’s Beth Israel Deaconess Medical Center in Boston sent out questionnaires to 341 celiac patients and 368 people who suffered from other chronic conditions, such as diabetes, inflammatory bowel disease, congestive heart failure, hypertension and end-stage renal disease on dialysis. Each group of patients was not told that those with other conditions were being surveyed, so that they would rate their burden only according to their own experience.

“As clinicians, this was something that in the bigger picture had become of greater interest,” says Dr. Jocelyn Silvester, a gastroenterologist and member of the Harvard Celiac Research Program, who was part of the study’s research team. “We wanted to get a sense of the burden – and boy, we certainly did that.”

The study notes that even though celiac patients tend to be healthier when compared with those who live with other chronic conditions, the high psychological burden of the diet underscores an urgent need for medicinal interventions, be it a pill, a vaccine or other kind of treatment.

On Top of It “All the Time”

A second study, also out of Beth Israel Deaconess, found that celiac patients with lower incomes are six times more likely to have symptoms linked to the condition than those with higher incomes. This is likely because they cannot pay the higher cost of a gluten-free diet and have less access to medical care, including physicians, dietitians and support groups.

“It’s an important relationship to assess, as it may drive novel interventions aimed at improving the outcomes by focusing on the challenges of lower socioeconomic status patients and redirecting resources as needed to this population,” the study stated. “Clinicians should bear this in mind.” 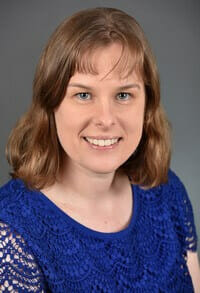 Dr. Jocelyn Silvester
Silvester, who has celiac disease and is also one of the investigators in a third quality of life study being conducted at the University of Manitoba, explained that the stress levels are so high in great part because eating is primarily a social activity. You get invited out for dinner, and you worry. You go out shopping for food, and you worry. You go out on a date, or on a trip, or you move to a place for a new job or for school and you have to do your food research all over again.

“Basically, it’s a choice for the celiac community,” Silvester said. “You can be on top of it all the time and risk it consuming you, or you aren’t on top of it and risk suffering the health consequences.”

Sue Newell, the operations manager of the Canadian Celiac Association, says the research can’t come soon enough. “I deal with a lot of people who are in such a state of high anxiety, they hardly eat anything,” she said. “Some are so paralyzed by fear, they insist on preparing all their food. Others refuse to eat outside their own homes. It’s isolating and lonely – and we have to figure out ways to deal with it.”

Lisa Rigaux, a 43-year-old who lives in Winnipeg, Manitoba, was diagnosed with celiac disease in the spring of 2006. She is one of those celiac patients who doesn’t suffer major symptoms from accidentally consuming gluten. But her biggest stress is the constant battle to maintain healthy iron and zinc levels while faithfully following her gluten-free diet.

“I try to be good all the time and that affects me,” says Rigaux, who holds a nutrition degree and is coordinator of the quality of life study at the University of Manitoba. “It’s never-ending, I’m on the diet and still, my values are down. And there are other people out there in the same boat. For some reason, they can’t feel really good on the diet.”

She gets frustrated when doctors or people who don’t have celiac disease pass this off as just a change in diet – because it’s not just that at all. “Your whole life revolves around food,” she said. “Imagine having to find three healthy, safe meals a day to eat when you have a busy career and children, and when you’re trying to satisfy everyone.”

Rigaux wants people to know that she is not being a “pain in the butt” when she questions menu selections in restaurants because, for all she knows, eating gluten could be affecting not only her digestive system but also possibly her joints, or her brain, or her thyroid. “It’s hard not to be stressed about it,” she said.

Back in Massachusetts, Clerx stops to think about how much time she spends worrying about her diet each day. Finally, she says that it varies, depending on whether or not she has a full day of classes, is meeting with friends at a restaurant or traveling, the last of which she doesn’t do much of. The research she has to do on a single restaurant is stressful enough; a trip increases the scope of research and the accompanying stress to encompass a whole city or country, complete with language barriers and the constant possibility she may get sick.

“Maybe one day I’ll travel more,” she said. “It would be wonderful.” 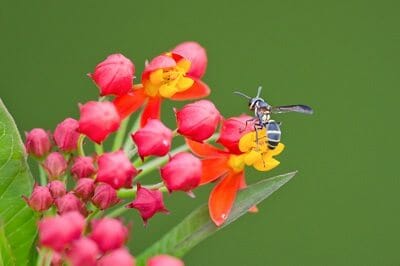 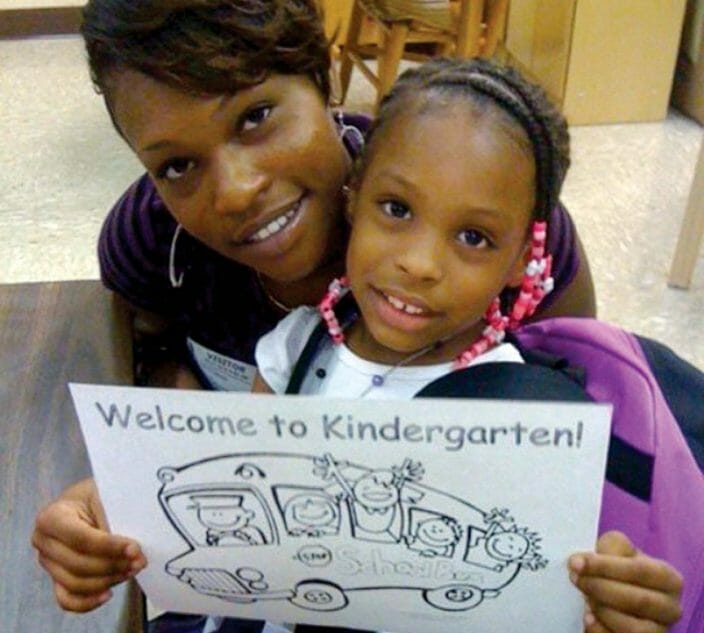 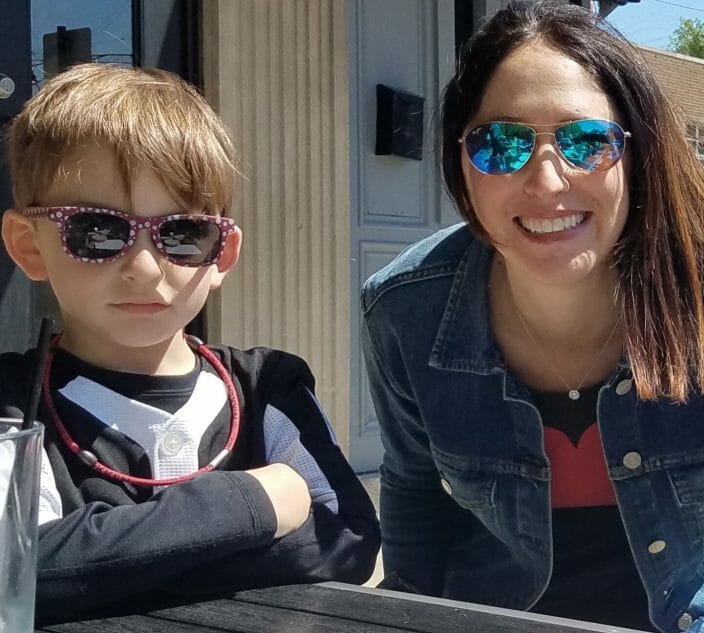