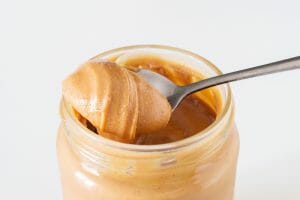 Q: I’ve heard about “proximity food challenges,” in which kids are shown that they can safely be in a room with open peanut butter or milk and that sometimes such a food may be smeared on a back without issue. What is your view of the proximity food challenge? While such a test might make my 11-year-old less anxious, I also don’t want her to start to let her guard down around her allergens (peanut, egg and fish).

Dr. Sicherer: A glass of milk, an egg salad or an open jar of peanut butter does not emanate appreciable amounts of proteins.

When food is not being aerosolized, it is not likely to trigger an allergic reaction. In contrast, steaming milk, frying eggs or cooking with powdery peanut flour can get enough protein into the air to trigger symptoms. In the latter examples, the symptoms would most likely mimic those experienced by people with allergies to airborne proteins like cat dander and pollens, including sneezing, coughing, red eyes, eyelid swelling or possibly wheezing.

The more protein inhaled (for example being close to boiling milk), and the more sensitive the person, the more symptoms may occur. Modest skin contact with an allergen, particularly on intact skin, is unlikely to trigger a reaction beyond redness. Without ingestion, anaphylaxis is extremely unlikely.

Putting It to the Test

However, many people have fears of “casual” non-ingestion exposures. In my practice, it bothered me that so many families live with overwhelming anxiety and limit activities because of these fears. I therefore conducted a study in which 30 peanut-allergic children sniffed peanut butter, and I also placed a small amount on non-rashy skin.

There were no reactions to the sniffing and only redness in some children from the skin contact. One child had trouble breathing from the sniffing, but this happened with “fake” peanut butter, which was included to address panic reactions.

In my practice today, when a child is suffering anxiety, I discuss the study and this often puts people at ease. If not, I offer to conduct this type of exposure to ease anxiety.

I make it very clear that not reacting to being in proximity to an allergen is not any indication that eating the food is safe or that a person should let their guard down when it comes to meals or putting potentially allergen-contaminated items in the mouth, including fingers, toys, utensils or, in the case of passionate kissing, another person’s saliva.