Home Ask the Experts How Often Should Someone Be Retested for Food Allergies? 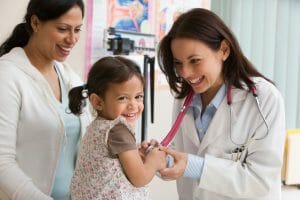 Q: Our youngest child was tested and diagnosed with multiple allergies (egg, cow’s milk and later peanut) following symptoms including hives and vomiting after eating. We follow allergen avoidance as our allergist explained, but we are unclear on: How often should we get our daughter retested for such food allergies? What would be the goal in retesting?

Dr. Sicherer: Retesting is done because allergies may resolve. Skin tests that are becoming smaller or blood test levels that are declining over time are an encouraging indication that the allergy may be going away.

However, decisions about the timing of repeated tests may vary depending on the food, the child’s age, the results, and the child’s medical history.

Some food allergies are more persistent, such as peanut, tree nuts, fish and shellfish. Others typically resolve more quickly and frequently in children – for example milk, egg, wheat and soy. Therefore, it may be reasonable to test more frequently for resolution of the latter foods compared to the former ones.

Changes in test results may vary faster in the first few years of life, which also suggests more frequent testing in the infant and preschool years. When prior tests were low or decreasing, a re-check sooner may also be warranted to look for impending resolution of the allergy.

On the other hand, if accidental consumption of an allergen resulted in a reaction, delaying testing may be reasonable. That shows the allergy is clearly persisting. If an accidental ingestion did not trigger a reaction, it may be prudent to test sooner than planned – to check if the allergy has resolved.

Overall, it is not uncommon to test every six to 12 months in the first two years, and then yearly thereafter. An allergist would modify the recommendation according to the factors mentioned. For example, a 3-year-old with egg and milk allergies would be tested again a year later, while a 13-year-old with peanut allergy and strong test results might be tested every two to three years.

Even when testing might only be needed every few years, I recommend a yearly visit with the allergist because there are always important things to discuss about food allergy management.