Home Ask the Experts How Can I Deal with a Child who Disobeys Food Allergy Rules? 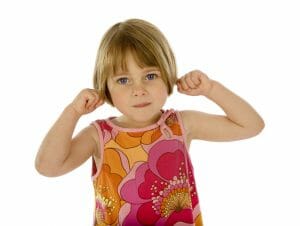 Q. I have a 5-year-old son who is allergic to dairy, egg, banana, peanuts and other tree nuts. At a party at Thanksgiving, I told him that he could not have a certain kind of cracker being served, as it would make him sick. He grabbed it anyway and started to eat it. I made him spit it out and, thankfully, he didn’t react. Something similar happened at a birthday party with cake he was told he could not have.

He was diagnosed with the food allergies when he was 9 months old, and has no recollection of getting sick from the food. I think he is getting curious, and I am worried about him at school. Do you have any suggestions about dealing with his curious nature?

Dr. Scott Sicherer: You are describing behaviors that represent age-appropriate natural curiosity and some element of “testing boundaries”. I recommend responding the same way you would if he attempted other dangerous actions such as running into the street or playing with electric sockets. In other words, take stronger actions to ensure he does not eat the avoided food, including extra supervision and placing temptations out of reach.

Reasoning with a 5-year-old about the consequences of the actions is not likely to be fruitful, although it is appropriate to say: “Eating the food could make you sick, and we don’t want you to get sick.”

Assuming a child is otherwise developmentally normal, positive reinforcement for appropriate behavior may be helpful, including verbal praise (“We are so proud of our big boy for not touching those cookies”) or a sticker chart (“Look, you got two stickers for twice not touching those cookies and eating your safe ones instead. Now you can choose a special toy to play with”).

One exercise you can try: Ask an adult friend to offer your son food and teach him to say, “No thanks, I have an allergy and my mom or dad has to make sure it is OK.”

Provide positive reinforcement when he does a good job. Reading stories about children with food allergies and pointing out how others have restrictions may help him understand and accept the differences, but also recognize that he is mostly doing the same things as others.

Regarding school: At this age, you will need to inform school personnel about his behaviors and discuss approaches to prevent him from grabbing unsafe foods. These would include extra supervision at mealtimes, consideration of his seating with relation to others, and having defined supervised meal or snack times (so that food is not eaten in multiple locations unsupervised), among other measures that are outlined in various state guidelines.

The good news: if your child still has allergies as he gets older, the likelihood of defiant eating should subside – at least until adolescence, but that’s another story.

Dr. Scott Sicherer is a practicing allergist, clinical researcher and professor of pediatrics. He is Chief of the Division of Allergy and Immunology, Jaffe Food Allergy Institute, at the Icahn School of Medicine at Mount Sinai in New York. He’s also the author of Food Allergies: A Complete Guide for Eating When Your Life Depends On It.