Skin and blood tests to diagnose peanut allergy are known to have a high rate of false positives – as much as 50 percent. This leads to many people being wrongly diagnosed as allergic, and to a life of strict peanut avoidance.

A new test, using a technique called epitope mapping, does better – it diagnoses peanut allergy correctly over 90 percent of the time. Also helpful: the epitope test appears to determine how much peanut an allergic individual can tolerate without reacting.

Before epitope mapping, how reactive a person is could only be known through an oral food challenge. That’s a test in which patients consume gradually increasing amounts of their allergen to see if they react.

Allergic Living spoke to two allergists – Dr. Brian Schroer of Akron Children’s Hospital in Ohio and Dr. Stacy Silvers of Aspire Allergy in Austin, Texas. They say the epitope test is helping them provide more definitive information to families about peanut allergy, and how careful they need to be about trace exposures. We also talked to three families who have used the new peanut allergy test – and each say it’s had a positive impact on their lives.

For instance, the epitope diagnostic results revealed to Anna in Palm Beach, Florida, that her 5-year-old Hunter was moderately allergic, but was highly unlikely to react to small amounts of peanut.

That information has made her more relaxed as Hunter navigates the world. When her son is at birthday parties or the playground, “I can tell you which kid has had a snack, where they had a snack, and if the snack is OK,” said Anna. (She didn’t want her last name used.) Knowing he is unlikely to react to tiny amounts of peanut, she no longer feels the need to be on high alert at all times.

What is Epitope Mapping?

The new peanut allergy test, developed by Pennsylvania-based Allergenis, uses a blood sample to pinpoint the locations where IgE antibodies bind to peanut protein. These sites are called epitopes.

Researchers, led by Dr. Hugh Sampson, an allergist-immunologist at Mount Sinai School of Medicine, used machine learning to figure out that there are two binding sites on the peanut protein Ara h 2 that predict, with a high level of accuracy, whether or not someone will react. They published their results in the journal Allergy in 2021, and the test became available in early 2022.

Subsequent research by Sampson’s team showed that, among those with peanut allergies, epitope testing can determine about how much peanut could be tolerated without a reaction. The test assigns those with a peanut allergy one of three levels:

Until recently, many doctors “treated peanut allergy like it was binary. You either react or you don’t,” says Jim Garner, the CEO of Allergenis. “Not all patients react to very trace amounts. Ours is the first blood test to be able to reveal these thresholds.”

The test cannot predict reaction severity or symptoms. Schroer says the amount of peanut that’s consumed would probably be the biggest factor in determining how severe a given reaction would be.

At 7 months old, Kelli Williams’ daughter developed hives around her mouth after eating peanut butter. The new mom wasted no time in seeing an allergist. Skin and blood testing indicated her daughter had an allergy to peanut, and she was likely allergic to a few tree nuts and sesame as well.

But repeat tests every six months muddied the picture. While skin tests continued to show her daughter was quite peanut-allergic, blood tests showed her peanut IgE antibody levels were very low and falling. This suggested the child might be outgrowing this allergy.

But Williams was apprehensive. “It’s scary to put your child through a food challenge and risk anaphylaxis,” she says. Silvers suggested epitope mapping instead. To Williams’ delight, the new test’s results came back negative – meaning her daughter was highly unlikely to be allergic to peanut.

The mom now felt much more confident to undertake a peanut oral food challenge to confirm the epitope test results. “She passed and now she eats peanuts almost every day. It was a huge weight lifted,” Williams says. “It has changed our family’s life.”

Her daughter will soon head to a preschool that isn’t nut-free. “I literally had nightmares about all of those sticky peanut butter hands around her at preschool,” Williams says. “Now I don’t have to worry about it.”

Her daughter is also no longer allergic to cashews. Based on blood test results, they may do an oral food challenge for sesame and walnut as well. “The Allergenis test gave us the courage to try,” she says.

Anna had a history of food allergies in her family. She was cautious when she started introducing new foods to Hunter at 10 months. Before feeding him a scrambled egg, she touched a bit of raw egg to his cheek. “He blew up in hives,” she recalls.

Skin testing showed he was allergic to egg, shellfish, peanuts and some tree nuts, and strict avoidance followed. “I knew it was going to complicate life. But I don’t think I realized how much it complicates life,” she says.

When they went to restaurants, they brought food from home for Hunter. At birthday parties, he’d have his own treat.

Yearly blood tests indicated the tree nut allergies might be improving, but he was likely still allergic to the other foods. The constant vigilance to keep him safe was taking a toll on Anna – and it had started to bother 5-year-old Hunter, too. At restaurants, he wanted to know if he could order from the menu, or have the same birthday cake as everyone else.

When Anna heard about the epitope peanut allergy test, she welcomed the chance to learn more about her son’s level of reactivity. Test results showed Hunter was in Level 2, where the majority of children can tolerate half a peanut. The information made her feel comfortable allowing him to order at a restaurant for the first time.

“We might be able to loosen the reins a little bit, and have a little more breathing room,” she says. “Both he and I needed a little bit more flexibility.”

Her allergist said that they could consider giving him foods with a “may contain” peanut warning label. She’s allowed him to do that a few times, but it feels like a big change, and they’re taking that slow.

Owen Congeni was about a year old when he got hives after his first bite of peanut butter. His mom, Lindsey, took him to the pediatrician, who ordered blood IgE testing for peanuts and other foods.

The test showed Owen was allergic to peanut, as well as eggs. “He had eaten eggs with no problem, so I kept feeding him that,” Lindsey says. And although tree nuts weren’t tested, an allergist said he should avoid eating them, too.

Then Lindsey discovered that many allergists no longer recommend that children avoid tree nuts solely because of a peanut allergy. When his blood test also came back negative for tree nut allergy, Owen began eating tree nuts without a problem.

But peanuts were still a major source of stress. Owen’s Canton, Ohio, elementary school offered free peanut butter and jelly sandwiches. “About 90 percent of the kids were eating them, and there aren’t separate tables. Everyday at the lunch hour I could feel myself getting a little anxious knowing he is surrounded by it,” she recalls.

Recently, she switched allergists and went to see Schroer, who recommended the epitope test. Owen, now 7, came back a Level 2, which meant he would most likely not react to foods with the peanut cross-contact warning label.

They will still of course carry epinephrine auto-injectors. But after getting the news, “it made me feel I could let my guard down a little bit,” Congeni says.

They will proceed cautiously when it comes to foods with “may contain” warnings. “We don’t want him to think he can just go eat whatever he wants now because he as a little bit of leeway,” she says.

Although epitope mapping is new, allergists say it’s already changing practice. They are excited to have a test that is far more accurate in determining whether someone is allergic to peanut, which should cut down on over-diagnoses.

It may also help families avoid some of the stress and potential risks of oral food challenges. For example: If blood and test results indicate a child may not be allergic to peanut but there are still questions, an allergist could order an epitope test instead of a food challenge. Or, as with Kelli Williams, families may go into oral food challenges with less anxiety.

“I’m excited about having another option to make families feel more confident in doing a food challenge. Or vice versa – convincing me and the family that this is a real food allergy,” says Silvers, the chief medical officer at Aspire Allergy.

While the best result is finding out there is no allergy, many people will have a suspected peanut allergy confirmed. But knowing how much peanut can be tolerated without a reaction is helping allergists and families with decisions such as:

The advice the allergists say they’ll give to patients based on their reactivity threshold is very individualized. However, Silvers says he would remind patients who are the most reactive about being very careful with avoiding peanut, and to consider OIT to increase how much peanut they can tolerate.

“It’s a better spot to be in than the unknown,” he says, and far preferable to saying: “I don’t know how much you can eat before you have symptoms. I don’t know how careful you have to be. The more information we have, the better.”

The cost of the test to diagnose the peanut allergy is $725. If the test is positive, the threshold analysis then is another $725. Some insurance companies cover the testing, as does Medicaid. Allergenis says they have payment and financing options.

Epitope testing was studied in people ages 4 to 25. Garner says there’s no reason to think that the test would not have similar results in people outside of that age range.

What’s not yet known is how often people should be re-tested, Schroer says, or how common is it for tolerance thresholds to change.

As of now, epitope mapping is only available for peanut. Allergenis is also developing a test for milk, which should be ready by the end of 2023, and has started researching whether epitope mapping could be used to diagnose egg and wheat allergy. The epitope test for milk may able to determine who is likely to outgrow their milk allergy, Garner says. 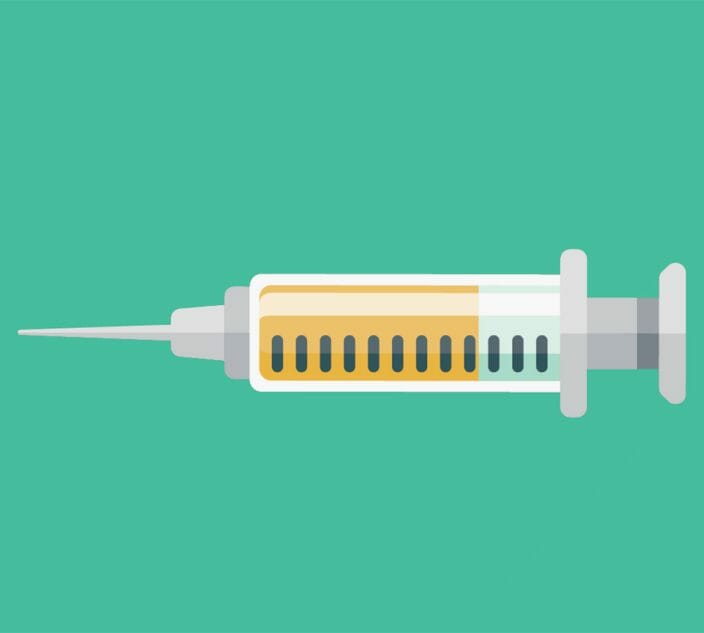 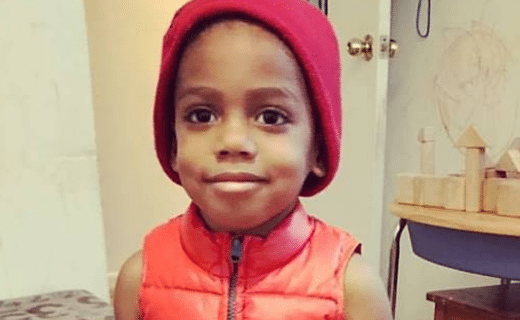