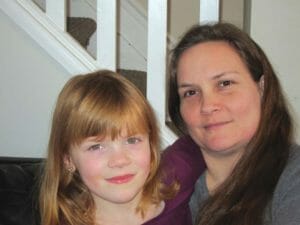 Cheese, milk yogurt, pizza, popcorn, you name it – dairy is in everything. Allergic Living magazine investigates the big challenges in keeping students allergic to dairy safe at school.

LYNNE GLOVER breathed a sigh of relief as she piped icing onto the last of 560 allergy-safe cupcakes she created for a special event at her daughter’s school. Running back and forth between two ovens, Glover and another parent had spent the past two full days at school baking. The week before, she had done the same thing – except with cookies – all to allow her daughter Elodie, 6, to participate despite her severe allergies to dairy and eggs. But Glover’s efforts were thwarted on that occasion: the cookies had been served alongside dairy-based hot chocolate.

This time would be different, vowed the mother of five from Hamilton, Ontario. After all, the school had approached her beforehand to ensure the event could be allergy safe. And this time, it was different: instead of hot chocolate, milk cartons were handed out to all the kids.

The last straw for Glover came when Elodie was dismissed from school because of respiratory issues, once after popcorn was microwaved and Doritos were eaten in class, and once after the kids in her class had been eating chips – all these foods were coated in dairy-based powder. 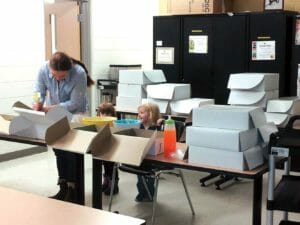 Lynne Glover works on the 560 cupcakes.

“So that was it,” she says. Glover refused to send Elodie back to the school and filed a complaint against the Hamilton-Wentworth Catholic District School Board with the Human Rights Tribunal of Ontario, in which she seeks an accommodation plan for her daughter. As for the school board, spokesperson Toni Kovach says she can’t comment on this specific case, but that the board does have “very comprehensive procedural strategies of what individual schools do to protect the child with the allergy.”

Still, she notes the board is in the process of reviewing its anaphylaxis policy with input from parents of allergic pupils.

Elodie, who is still enrolled, is now receiving home instruction – a teacher from the school visits the house every morning for an hour and drops off exercises for the rest of the day. Glover feels she was forced to bring Elodie home: it was a tough call, but she simply no longer felt her daughter was safe at school.

Sending a child with food allergies to school is always nerve-racking, especially in the early grades. Even with adult supervision, a room full of rambunctious children eating in close proximity, spilling, playing and getting sticky with food can be a scary image. You need to have a good management plan in place with the school, which includes measures to significantly cut the chances of allergen exposure.

Dairy allergy, however, presents three unique challenges: it’s often misunderstood and dismissed as lactose intolerance; dairy products are seen as essential for kids’ bone and brain development; and, above all, there is the staggering number of food products contain dairy, making it extremely challenging to avoid. Given the combination of concerns, it’s no wonder that many parents lose sleep over sending dairy-allergic kids to school.

“It’s in crackers, chips, medications, it’s just crazy the minefield we have to navigate on behalf of our kids until they can do it themselves,” says Stephanie von Dehn, a food allergy parent and co-coordinator of the Metro Vancouver Anaphylaxis Group. “All of us in the group with kids with multiple allergies say that, if we had a magic wand, dairy would be the first one we would get rid of. It’s the hardest allergy to manage.”

What’s worse is that many of the messier, more smearable dairy-based foods are manufactured specifically for kids, complete with colourful cartoon characters on the packaging: cheese strings, yogurt tubes, chocolate milk and pudding cups. School traditions like pizza days, birthday parties, milk programs and bake sales all hinge on foods that contain dairy, and it can be isolating for a child to be continuously excluded from the events.

Implementing strategies to reduce the risk of exposure for the allergic child is clearly the better route, but that requires awareness that dairy allergies can be severe. Many people still don’t understand the difference between a life-threatening dairy allergy and lactose intolerance. “At her school, they’re not understanding that dairy can kill,” says Glover. She’s not alone in this sentiment. In interviews conducted by Allergic Living, many parents of dairy-allergic children echoed this concern. 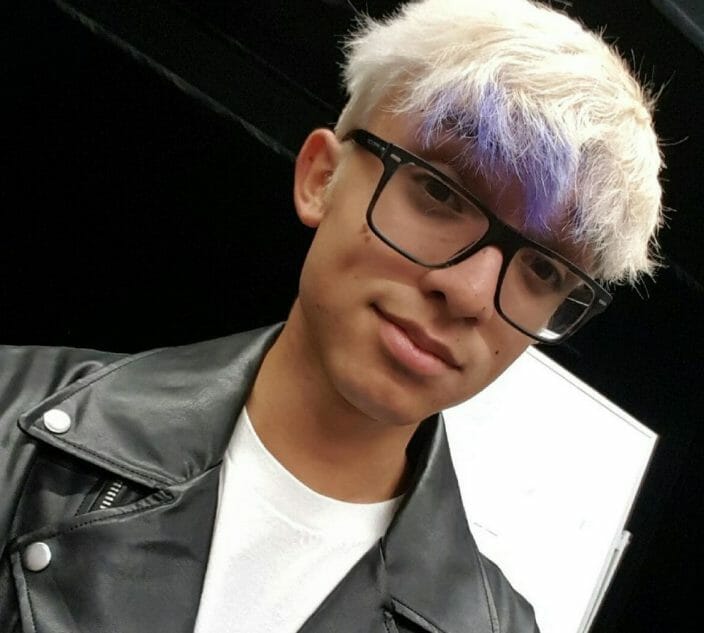 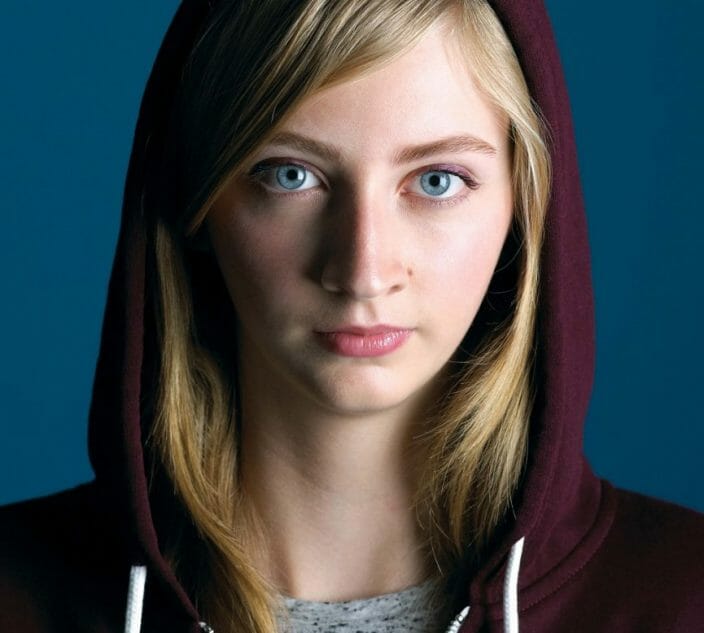