Home New School Guidelines: How They Impact 504 Plans for Allergies

Amanda Bee’s 9-year-old daughter learns alongside her peers without fear of accidentally touching spilled milk or being distracted by a classmate munching on a burger in the desk beside her. That’s because her classroom is food-free according to the 504 plan that was agreed upon between her parents and school leaders.

“She would not be able to learn in a classroom with her allergens present,” says Bee, president of the  Utah Food Allergy Network. Her daughter Vivian was diagnosed with food allergies to egg, beef and milk at six months old, and has since outgrown her egg allergy.

The 504 plan, named for Section 504 of the Rehabilitation Act, ensures equal access to education in publicly funded schools. To qualify for a plan, a student must meet the definition of having a disability under the Americans with Disabilities Act (ADA). With food allergy, this is often granted because the condition can affect life activities such as eating and breathing.

This is civil rights territory. The key is that students covered under the disability laws in the United States must have access to education and school activities in the same manner as students without a disability, explains Tess O’Brien-Heinzen. The Wisconsin attorney, who specializes in education law, says schools have to provide accommodations for disabilities, which must ensure access for each student as an individual.

However, some food allergy parents and advocates are concerned that new guidelines on food allergy management in schools and child-care centers could jeopardize individualized accommodations.

“I worry the risk is that these new school guidelines will be taken out of context or even used to revoke current policies or shape new policies that are less supportive to the allergy community,” says Ohio physician Amanda Holbrook. Her 11-year-old daughter has asthma, and is allergic to eggs, peanuts and tree nuts.

In this article, Allergic Living considers the impact of the experts’ guidelines in relation to 504 plans and U.S. disability law.

The new recommendations for schools include requiring staff training on anaphylaxis prevention and treatment, individual allergy action plans and stocking unassigned epinephrine. But controversy arises since they also recommend doing away with allergen-free zones, including milk-free tables or food-free classes.

These new guidelines, published in May 2021, involved an international team led by allergist Dr. Susan Waserman, professor of medicine at Canada’s McMaster University. The group noticed inconsistencies in the various protocols and practices in place at schools and child-care centers and undertook a review of the medical literature on the topic. The idea was to find out what the evidence supports when it comes to the best ways to manage the risk of allergic reactions in schools.

The panel found gaps in the literature, highlighting the need for more research, says Dr. Julie Wang, professor of pediatrics at the Jaffe Food Allergy Institute at Mount Sinai in New York. But they used the available data with the aim of assisting school officials with managing food allergies and interventions, says Wang, an author of the recommendations, which were published in the Journal of Allergy and Clinical Immunology (JACI, May 2021). In fact the study lists the guidelines as “conditional recommendations,” due to a low certainty of some evidence.

Retired civil rights consultant Jim Long sees validity in parent concerns that school leaders could integrate less accommodating aspects of the new school guidelines into their protocols, or use them to create blanket policies. “I think that the fear is well-placed,” says Long, who is a former senior attorney with the Department of Education’s Office for Civil Rights (OCR). Unlike disability law, he notes that these guidelines’ focus on general safety instead of individual needs.

The panel’s analysis does recognize that the recommendations might not be suitable for all schools and all circumstances, Wang says. “We make recommendations, we’re not telling the schools what to do,” Waserman says.

For those concerned about future 504 plan meetings, O’Brien-Heinzen says to be aware that, although from experts, the guidelines are not associated with federal regulations, and have no legal status in the United States. Section 504 and Title II of the ADA are the laws that must be followed to provide equal opportunity at school. They carry the weight. “The law always prevails,” she says.

The new guidelines recommend that there should not be allergen-restricted zones or classrooms except in special circumstances, such as with young children or when a child lacks the capacity to self-manage. The panel found insufficient proof that such protocols make schools safer.

But Holbrook thinks allergy-aware zones should exist, depending on a child’s medical needs. The lunchroom can be chaotic. Sitting at a food allergy-friendly table was crucial when her daughter was younger due to significant asthma and allergic reactions when exposed to cross-contamination and surface contamination, Holbrook says.

Protocols mapped out in her 504 plan, such as a specific clean table where children with safe lunches can eat with her, and having seats flank her at the lunch table helped make lunchtime safer for her daughter. “It is an ongoing individual journey, and one size does not fit all,” Holbrook says.

The experts’ guidelines say allergen-free lunch tables may put students with allergies at higher risk for bullying and isolation. They point to their exclusionary nature as a reason to prohibit them. Long calls that a situation that balances stigma against equal opportunity. In his view, there are other means to deal with bullying rather than risking a child’s safety and equal access to eating lunch.

While an allergen-free lunch table does not fit young Vivian Bee’s needs, food in the classroom has always been her sticking point. So her mother negotiated a 504 plan that states food is not allowed in the classroom, and the plan also includes the child’s anxiety being around allergens.

Anxiety often comes into play for food-allergic students and, if it’s a factor for a child, that would need to be part of the discussion when determining individual accommodations. If learning is impeded by anxiety, Long says that needs to be addressed directly in the 504 plan.

Food in the classroom is a major concern for the more than 5,000 families that the Food Allergy & Anaphylaxis Connection Team (FAACT) serves, says Amelia Smith, FAACT’s general counsel and vice president of civil rights advocacy.

When allergens are in a class, Smith says that distracts allergic students from learning and can cause anxiety. If they are constantly watching classmates to see if they touch a tool like the pencil sharpener after eating an allergen, such as a peanut butter sandwich or pizza slice, then they are not focusing, she says.

“If students feel safer, they can concentrate on learning,” Smith says.

When to Use Epinephrine

How to recognize and treat anaphylaxis is another area commonly incorporated into plans for food-allergic students. The experts’ guidelines recommend the use of epinephrine only when a student is suspected of experiencing anaphylaxis. They also suggest that personnel should not preemptively administer epinephrine when no signs or symptoms of an allergic reaction have developed, “even if a student has eaten a food to which they have a known allergy or history or anaphylaxis.”

The guidance does not dispute the effectiveness of epinephrine as lifesaving medication, Waserman says. “Epinephrine treats anaphylaxis. That’s not going to change.”

But Holbrook is concerned about the language on approaching anaphylaxis. She points to a few tragic outcomes for children who have consumed an allergen without immediate symptoms, delaying epinephrine administration. She would never want a teacher or staff to wonder whether to give epinephrine. “For the needs of my severely allergic child, the risks of delaying care that can be lifesaving outweigh the risks or burdens of giving the epinephrine,” Holbrook says.

Dr. Scott Sicherer, director of the Jaffe Food Allergy Institute at Mount Sinai in New York, agrees that giving epinephrine is a judgment call. Not every reaction needs epinephrine, he says. But in a school setting, Sicherer (who wasn’t on the guidelines panel) would err on the side of giving epinephrine. He points to the American Academy of Pediatrics (AAP) Allergy and Anaphylaxis Emergency Plan as an especially helpful tool in explaining the symptoms of allergic reactions.

But what if school policymakers debate the merit of steps outlined in a student’s allergy action plan for how to recognize and react to an allergic reaction if they differ from the guidelines?

“My guidance as an attorney to school districts would be that there is no reason to change an action plan based on these recommendations,” O’Brien-Heinzen says. “Whatever is in place at school, including an allergy action plan, trumps the guidance,” she says. But an action plan only carries legal weight if it is tied to a 504 plan.

Long says an effective 504 plan will spell out what teachers and staff should do in reaction circumstances. The plan should include the physician’s recommendations regarding epinephrine use for that student.

Wang agrees that allergy management is a team effort. “Keeping students with food allergies safe at schools requires a partnership between families, schools and the medical team,” she says.

Prepare for the 504 Plan Meeting

The disability rights attorneys interviewed say there are steps parents can take to ensure a successful collaborative process in preparing for the 504 plan meeting. These include:

If parents face pushback because of the new recommendations, Long says to be prepared to explain that each child’s needs must be addressed under Section 504. That must still be followed, regardless of guidance from an international panel of experts, he says.

Long recommends seeking advice from the regional Office of Civil Rights, if needed. A call to the local OCR can be helpful for a parent and someone from the school district to hash out a specific issue regarding Section 504 compliance, he says.

It is important for parents to stay the course in their efforts to ensure the schools provide proper accommodations to ensure safe and equal access to learning, says O’Brien-Heinzen.

Holbrook agrees that collaboration is key. “I am so grateful for the 504 we have and that there are laws that require individual evaluation of my daughter’s needs,” she says. 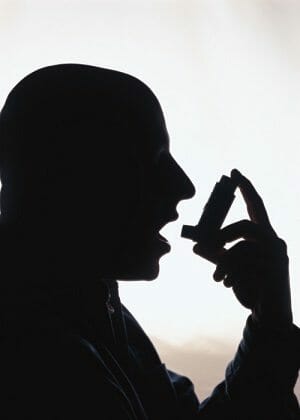 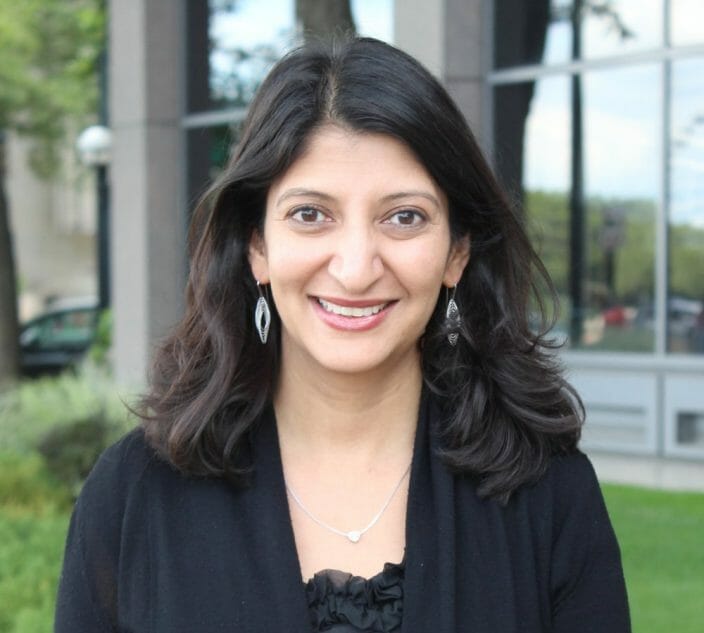