If a child has a milk or an egg allergy, parents are initially told to follow a straightforward rule – avoid giving the child milk or egg. That means steering clear of obvious foods such as cheese and ice cream or omelets. But it also means shunning a wide range of foods containing smaller amounts – even trace amounts – of milk and egg.

However, with these two hard to avoid allergens, complete avoidance may not be the only option. Studies show that a majority of egg- and milk-allergic children can tolerate milk and egg in a well-baked form, meaning they can eat milk and egg without symptoms as long as it has been thoroughly cooked in the oven.

Many allergists today encourage families to try an oral food challenge to determine whether an allergic child is a candidate to consume baked milk or egg. For safety, oral food challenges must be conducted in a physician’s office or clinic. What’s called a baked milk or baked egg challenge involves having the patient consume a small amount of their allergen in a food like a muffin, which has been extensively heated in an oven. The patient eats a gradually increasing amount of the food over the course of an hour or more, while symptoms are monitored.

The success rate for these challenges is high. “About two-thirds to three-fourths of children with egg and milk allergy can tolerate those foods when baked, which is really exciting,” says Dr. David Stukus, a pediatric allergist at Nationwide Children’s Hospital in Columbus, Ohio.

Anyone with milk and egg allergies knows that avoiding those allergens is no cakewalk. Milk in particular is one of the toughest allergens to avoid, requiring vigilance in restaurants and careful reading of labels at the grocery store. Getting even some baked foods back into the diet can be life-changing for families. “It can help open up their diet and allow for more food choices, and decrease their restrictions,” says Stukus.

Baking food in the airy environment of a rising muffin or cupcake is different than just boiling milk or cooking an egg in a frying pan. “We have learned that when foods containing egg and milk are baked in the oven, it changes the structure of the food proteins,” notes Stukus. (The same does not hold true for other allergens such as nuts, peanuts or shellfish.)

In the decade since the early study successes, here is what researchers have learned about the rewards, reaction risks and potential for allergy resolution with baked milk and egg introduction.

While the success rate is encouraging, a minority of allergic children do not tolerate even baked milk or egg. Parents should be aware there are risks, and only do a challenge with a qualified physician’s supervision. Severe reactions during oral food challenges are rare, but they do occur. Studies show that moderate reactions that are treated with epinephrine are relatively common.

“During a baked egg or milk challenge, there could be mild to severe symptoms, and everything from reacting within five minutes of eating the food to reacting over an hour later,” says Dr. Scott Sicherer, director of the Jaffe Food Allergy Institute at the Icahn School of Medicine at Mount Sinai in New York City.

“And not everybody goes home and does fine. Some patients go home and have symptoms when they try to eat baked egg and milk,” he says. “When I send families home, I tell them that having tolerated the food today shows a very high likelihood of not being a problem. I’m not expecting a reaction, but it can happen.”

Subsequent research have had similar findings. “Studies say roughly 70 percent of people with a milk or egg allergy can tolerate it in an extensively heated form,” says Sicherer, a co-author of that 2008 study. “The early studies opened the pathway for people to not only eating these [baked] foods, but possibly eating them with a benefit.”

Not only does the ability to eat baked milk and egg improve quality of life and help kids feel more included in social activities, but studies also suggest that regularly consuming baked milk and egg can help some kids eventually outgrow their allergy.

The resolution point has been hotly debated. Sicherer notes that some experts contend that kids who could tolerate baked milk or egg may have been less allergic, and more likely to outgrow the allergy.

Sicherer says that while the resolution debate isn’t fully resolved, “it should be acknowledged that for an immunotherapeutic effect to take hold, keeping the baked foods in the diet is an important variable. If you ate it once a month compared to a few times per week, the effect would be different. Less exposure amounts to less effect.”

Many parents want to know whether there is a way to predict which kids are most likely to be able to safely consume milk or egg. While the gold standard is the oral food challenge, there is no way to be certain who will succeed in such a test with baked milk or egg.

Current food allergy testing – skin-prick tests and blood tests – offer allergists clues, though they are imprecise tests and known for producing false positives. In general, kids who have lower levels of IgE antibodies and smaller wheals (hives) on skin-prick tests are more likely to pass a baked milk and egg challenge. Sicherer says allergists use the tests to provide families with a statistical likelihood of how a child will respond.

Before recommending a food challenge, aside from test results, allergists should take into account any real-world reactions to the food, such as what and how much was eaten, how long ago, and how severe was the reaction, says Sicherer. “We make an assessment based on a history and tests, and have a conversation with the family,” he said. “Shared decision-making is really important.”

For the day of a challenge, the parent is often asked to bring in a homemade muffin that contains a set amount of milk or egg and was baked in an oven of at least 350 degrees Fahrenheit. The child is then given pieces of the muffin every 10 to 20 minutes to consume.

Allergists proceed with caution. If the child begins to experience symptoms, the challenge is halted, although protocols can vary. Sicherer says some doctors may stop a challenge the moment a child says they have an itchy mouth, but others may be comfortable waiting to see if a minor symptom subsides.

Researchers are learning more about what to expect during baked milk and egg challenges. They are finding that reactions during them can differ from reactions in tests with other foods.

A recent review of 178 oral food challenges conducted at Nationwide Children’s Hospital in Cincinnati found that challenges with either baked milk and egg were more likely to cause new reaction symptoms an hour or more after test had ended. This was not the case with challenges with peanuts or tree nuts, and is notable since a common protocol is to let patients leave after one to two hours of monitoring.

Stukus, lead author of the study published in the Journal of Allergy and Clinical Immunology in Practice, says the findings suggest that doctors should consider monitoring patients after baked milk and egg challenges for longer periods. Also in the study, 10.5 percent of patients having a baked milk challenge and nearly 6 percent undergoing a baked egg challenge required two or more doses of epinephrine.

The study also helps to understand types of symptoms. Children who reacted to baked milk challenges in this study were more likely to experience wheezing and other respiratory symptoms compared to tests conducted with other allergens. Meantime, with baked egg challenges, symptoms were largely gastrointestinal. The findings closely mirror those of a 2018 U.K. study in terms of symptom results.

Sicherer adds that the newer results should remind doctors to make sure they’ve allowed families to fully consider the risks and benefits of incorporating baked egg and milk into the diet. “There is a message to clinicians: Don’t take baked milk and egg challenges as no big deal.”

In keeping with that, Stukus and his colleagues note that it’s important to make sure asthma is well-controlled beforehand, or to delay a challenge if the patient has a recent respiratory infection.

The Rewards of Success

Despite the possibility of reactions, both Stukus and Sicherer stress that food challenges are among the most valuable tools they have to open up new dietary options, and to give parents and kids peace of mind.

Some families are able to slowly increase the amount of baked milk or egg in the foods that a child eats. Over time, they are encouraged to try foods that have been cooked for less time. Pizza is one example, or a stovetop food with more milk, such as pancakes. Then there are those fortunate kids who eventually progress to eating scrambled eggs or tolerating milk that hasn’t even been heated.

Stukus adds this perspective: “We do over 550 oral food challenges a year.” With the right care and attention, “it’s a very safe thing to do.”

He reminds that even when food challenges don’t go as well as hoped, there is still learning. “If symptoms occur, it’s not a failure. We are gaining information that can help guide recommendations” for a patient’s condition. “That’s what a food challenge does,” he says. “We are removing the fear of the unknown.” 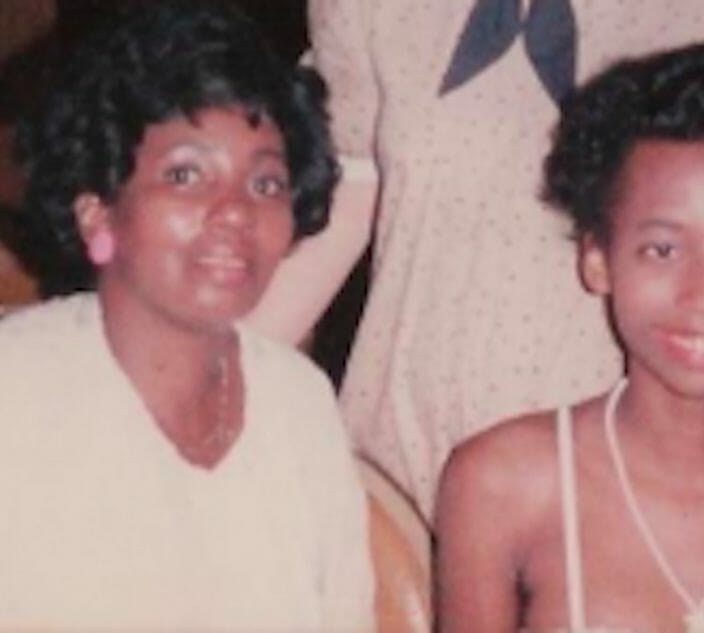 Stayin’ Alive in The ’70s: Before Allergy Labels, There Was Mom 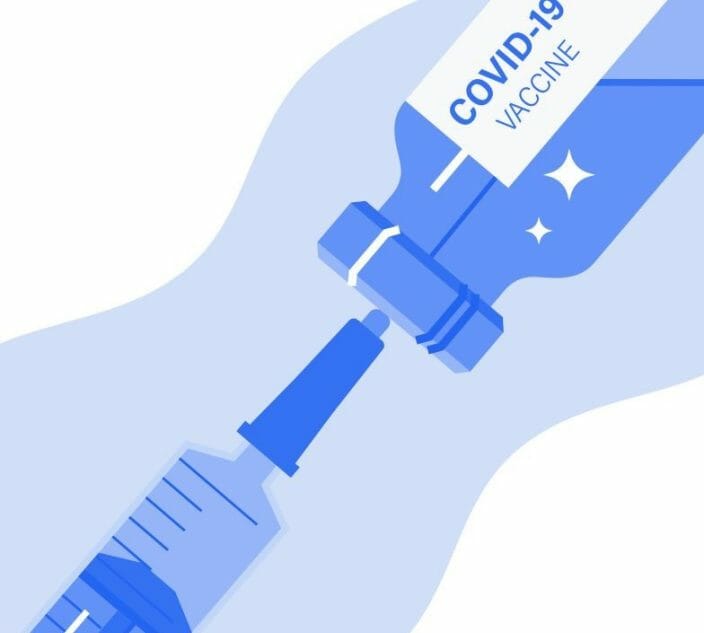