The Food and Drug Administration recently updated its guidance on a temporary food labeling policy that has been causing widespread alarm within the allergy community.

During the COVID-19 pandemic, the FDA’s temporary policy on food labeling requirements allows manufacturers to substitute up to 2 percent of ingredients – without changing their product labels. Substitutions cannot include top allergens.

On June 18, 2020, the FDA posted a new Q&A that adds the recommendation that food makers post on their websites any ingredient substitutions that won’t be shown on a label. It also recommends alternative labeling at the point of sale. This is an effort to make consumers aware of when such change has occurred.

In this article, Allergic Living looks at the FDA’s new Q&A of clarifications, and reveals how they have sharply divided the food allergy community. Some advocates hail the clarifications as a big improvement and reassurance that manufacturers will avoid potential allergens in any substitutions. Others are objecting that the updated guidance still doesn’t go nearly far enough to protect food-allergic consumers.

Among those who are positive about the FDA clarifications is the Asthma and Allergy Foundation. AAFA led a coalition* of 13 advocacy groups that lobbied the FDA to require food makers to communicate any unlabeled ingredient substitutions on their websites. AAFA dubs the FDA’s revised advice for better labeling communication a “food allergy advocacy win.”

In a press release, AAFA and its Kids With Food Allergies division note the assurance from the FDA that “the food industry has committed to limiting these [substitution] changes to rare situations.” The two organizations state there should be “minimal risk to consumers concerned about exposure to allergens.”

But many in the food allergy community don’t share that confidence. “There’s nothing in the Q&A that brings me reassurance,” says disability rights attorney Mary Vargas, whose youngest son has multiple food allergies and celiac disease. In an interview for Allergic Living’s June 1, 2020 article on the temporary policy, she said: “To not be able to look at the label and trust that what it says is actually what is in the food is a basic failure of government to do what it’s supposed to do.” The new Q&A, she says, changes nothing.

In Vargas’s view: “It is a statement explaining a policy that tells companies they do not have to follow the laws and regulations meant to protect our kids.”

The FDA’s temporary policy specifies that companies “should avoid” using Top 8 foods as substitute ingredients (up to 2 percent of a product), and additionally “should avoid” the priority allergens of European countries (such as sesame, mustard and lupin). The Q&A clarifies that if a manufacturer were to use such allergens or gluten, that would be considered a health and safety issue. Thus, substitution flexibility is not available for such foods.

However, food maker Colleen Kavanagh points out that consumers today have diagnosed allergies to hundreds of foods. The CEO and founder of ZEGO Foods, Kavanagh is troubled by the temporary policy as a whole, and the language in the new Q&A. (ZEGO is one of several allergy-friendly brands that have committed to making no unlabeled substitutions.)

“The FDA continues to use words like ‘encourage’, ‘recommend’, ‘should avoid’,” she says. The FDA’s new encouragement for companies to post any unlabeled changes online is “a recommendation, it has no legal meaning,” she told Allergic Living.

Another concern she has is that most people won’t even hear about these FDA rule changes, so they won’t know to look at company websites in case of substitutions.

Kavanagh is against allowing the relaxed label rules altogether. But she says since they are being allowed, “the FDA should require companies report ingredient substitutions to it, and the agency itself should keep a master list accessible to the public. That’s the most basic level of care the FDA can provide.”

Separate from the AAFA-led coalition, the nonprofit Food Allergy Research & Education (FARE) had discussions with the FDA. It asked that the food regulator to require companies to inform consumers of any product changes through their websites, online vendors, and labeling alternatives such as stickers. FARE has made large food makers aware of the food allergy concerns with the temporary policy.

On June 18, FARE announced the FDA’s Q&A update to the temporary relaxed rules on its Facebook page, but without comment. However, the page’s followers have had much to say. Their comments reveal that many in the food allergy community still have significant concerns. FARE followers termed the FDA clarification “inadequate,” “unacceptable,” or “beyond frustrating.”

As with the FDA’s public comments section on the policy’s docket, the families with the biggest concerns are those managing food allergies beyond the Top 8 allergens (or the longer European list that the FDA addresses). Stacey Saiontz, an allergy advocate, attorney, and mom of a son who reacts to allergens beyond the Top 8, told Allergic Living in late May that she feared the temporary policy was “a step backwards,” a move away from transparency.

Asked about the FDA’s Q&A clarifications, she said: “These changes are not enough to allay my concerns. Like Kavanagh, Saiontz would like to see any label changes listed on an FDA-run website that consumers could check daily.

“The FDA needs to require that these changes be communicated so the consumer can make educated choices that will protect them from ingesting a known allergen, many of which, fall outside the Top 8 allergens,” she said.

So how did the controversial label guidance come about in the first place? In the temporary policy, the FDA writes: “As a result of the COVID-19 pandemic, the food industry has informed us that there are supply disruptions or shortages for some ingredients and, as a result, manufacturers will need to make formulation changes, such as omissions or substitutions of minor ingredients, in the manufacturing of some foods.”

The FDA continues that the “food industry” has advised the FDA that they couldn’t efficiently make label changes for such substitutions “without slowing down the flow of production and distribution of some foods.”

It was the Food & Beverage Issue Alliance (FBIA) specifically that approached the FDA for some label wiggle room. From bakery goods to pasta, juices, frozen foods and more, this umbrella trade organization represents 58 huge food and beverage associations. In a March 24, 2020 letter to the FDA, the FBIA sought accommodations including flexibility during the pandemic to allow “minor ingedient deviations” without label changes.

FARE’s CEO Lisa Gable recently conducted a webinar with representatives of four major associations that belong to FBIA. The discussion, which centered on issues food safety and allergen controls under this policy, included spokespersons for the International Dairy Foods Association, the American Frozen Food Institute, the American Bakers Association and the National Confectioners Association.

During the webinar, FBIA members offered reassurance, they all called food safety “Job No. 1, and stressed that food makers will remain vigilant about not introducing top allergens in any substitutions.

But curiously, all four said that, to date, none of their food maker members have needed to use of the temporary policy’s guidance to make any unlabeled ingredient substitutions.

“I am not aware of any dairy food members who have yet to use this flexibility,” said Joe Scimeca, the International Dairy Foods Association’s senior vice president of regulatory and scientific affairs. “But if it does become necessary … we’ll be careful to put all the necessary precautions in place to ensure that we’re not putting the food-allergic consumer at risk,” he said.

Where the FBIA sees welcome flexibility, others see too much. “The fact that they say they don’t need the policy, that proves the point that it wasn’t necessary,” Vargas says.

Kavanagh fears some companies will be tempted to use this flexibility to cut costs by substituting cheaper ingredients. She gives the example of yellow pea protein, a great and inexpensive protein source – except for a number of people who are allergic to it. In her view, all of the issues arising from the temporary policy amount to “unnecessarily sowing the seeds of distrust of U.S.-made food.”

As an attorney, Vargas questions the very validity of the temporary policy on labeling in the first place. “Federal agencies can come up with regulations, but the regulations have to be consistent with the law that Congress passes. They can come up with technical assistance and policy guidance to explain what a law that was passed means, or what its regulations mean. Courts will accept that – as long as it’s faithful to the law that’s being addressed.”

“If what the agency comes up with contradicts the law, they’re acting without authority. And they can’t do that.” She notes that the guidance was also issued without the standard public comment of rulemaking.

Vargas knows there will be other interpretations on policy validity, but warns manufacturers to tread carefully here. “If someone is harmed as a result of a company relying on this policy, I think they’ve got liability. I don’t think they can say: ‘Well, the government said we could substitute ingredients.’ In doing this, I don’t think the government was validly exercising its authority.”

As mentioned at the outset, this has been a very controversial policy for the food allergy community. If you have concerns beyond the Q&A’s clarifications be sure to write to the FDA on the policy’s docket here.

Plus, please add your views to the discussion on our Facebook page. 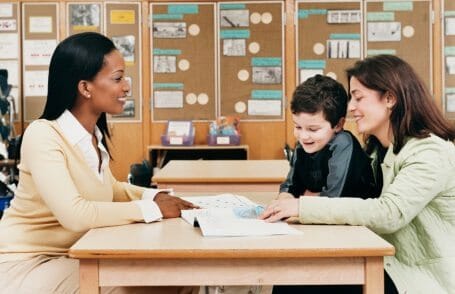 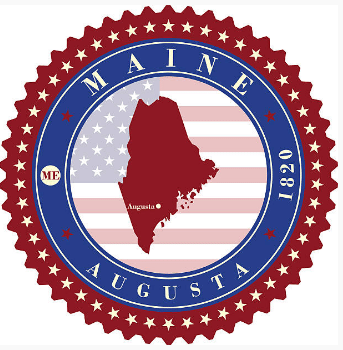