Updated April 17, 2020: There is a growing shortage of albuterol inhalers in the United States due to increased demand during the COVID-19 pandemic. The situation is serious, but experts say it is important for those with asthma not to panic.

Albuterol, known by brand names such as Ventolin HFA, Proair HFA and Proventil HFA, is a bronchodilator that helps to quickly open airways, making it easier to breathe. This medication is used by the majority of asthma patients as a rescue inhaler, in the event of asthma flare-up or attack.

Michael Ganio, director of pharmacy practice and quality at the American Society of Health-System Pharmacists (ASHP) says two factors are driving the increasing medication shortage. There is a twin spike in demand for albuterol inhalers – both from hospitals and from patients.

Hospitals have recently switched to using metered-dose albuterol inhalers rather than nebulizers to treat the growing number of COVID-19 patients. This relates to the concern that nebulizers could aerosolize the virus and put healthcare workers and other patients at risk.

Simultaneously, pharmacies have seen a dramatic uptick in demand for albuterol inhalers after the CDC recommended that Americans stock up on necessary medications.

The American College of Allergy, Asthma and Immunology announced the growing shortage on March 20. But ACAAI president Dr. J. Allen Meadows told Allergic Living that “as long as people don’t panic, I think there’s going to be close to an adequate amount of albuterol.”

GlaxoSmithKline and Teva Pharmaceuticals, manufacturers of albuterol inhalers (often called “puffers”), told ABC News they are experiencing a much higher demand than usual. GSK, one of the largest manufacturers of the drug, told ABC it is “proactively assessing existing contingency plans, which include increasing production.”

A strain on the supply of albuterol inhalers (also called salbutamol) is similarly being reported in Canada and Australia.

Recognizing the surge in demand for bronchodilators, on April 8, 2020, the FDA expedited approval of the first generic version of Merck’s Proventil HFA (albuterol sulfate) metered-dose inhaler. Drug maker Cipla Ltd. was given the greenlight to distribute this generic equivalent. Generic versions of Ventolin HFA and Proair HFA previously became available in 2019.

6 Strategies for the Albuterol Shortage

1. Check Your Supply, and Don’t Panic.

The CDC recommends having “several weeks of medication supplies” in case patients need to self-isolate. The New York Times’ guide for coronavirus, sourced from public health experts and physicians, says to aim for a 90-day supply of medications. If patients are close to needing a refill, Michael Ganio advises getting in touch with a local pharmacy, so the medication can be provided as soon as supplies become available. However, “if a patient has an inhaler that’s full, wait a couple weeks,” he says.

Given the news about albuterol inhalers, the rush to stock up is understandable, but before running to the pharmacy, patients need to check their existing supply.

Dr. J. Allen Meadows says an inhaler doesn’t need to be completely full to be an adequate supply for the next few months. “If you look at your inhaler – and albuterol inhalers have 200 whiffs – and you’ve got more than 100, you’ve got enough.”

He emphasizes that overstocking simply deprives others of these crucial medications. If patients have enough albuterol for the next several months, they don’t need a refill. “We need to encourage responsible albuterol use now so that we will have plenty for everyone throughout this crisis,” says Meadows.

2. Use Your Controller Meds

The CDC and the ACAAI president both emphasize taking medications exactly as prescribed to keep asthma under control. During this crisis, Meadows encourages patients “to make extra sure they take their controller medicines every day, the way they’re supposed to.”

3. Do Not Overuse Your Albuterol

With well-controlled asthma, one canister of albuterol should last a minimum of six months and up to a year, says Meadows. Using more than that is a sign your asthma is not well-controlled, says the Alabama-based allergist. If that’s the case, speak with your allergist.

To have disease control, you should be able to be active, exercise and sleep through the night without asthma symptoms. Always follow an asthma action plan, developed with your asthma care provider.

One of Meadows’ recent patients was using one canister per month, which he says shows her asthma was “wildly out of control.” He sees an odd silver lining emerging from this crisis – many patients are connecting with allergists to better manage their asthma.

In its March 20 statement, the ACAAI suggested that, if necessary, asthma patients can use an expired albuterol inhaler, since it will likely still be at least partially effective. Meadows says that after the expiration date, albuterol may lose some potency, but if that’s the case, “you can take an extra whiff.”

Also consider where you’ve been keeping that inhaler. “If it’s been stored in your hot car, I have more concerns about whether that’s going to be effective compared to an old one that was never opened in your bathroom drawer,” he says. With older inhalers, wipe out the nozzle and spray the inhaler into the air once before use.

5. Ask Your Doctor About Alternatives

The scarcity of albuterol inhalers is “spotty” across the U.S. so far, according to what Meadows is seeing reported to ACAAI. That said, if an asthma patient isn’t able to get the albuterol inhaler they need, there are other options.

Brands such as Symbicort and Dulera, while labeled by the FDA as controller medications, can be used as immediate relievers, says Meadows. “In fact, the active ingredient, formoterol is in other parts of the world used as both a fast-acting and a long-acting reliever,” he says.

Although this is an off-label usage of these medications, the allergist has a few asthma patients already following this line of treatment because they have a sensitivity to albuterol. He says formoterol is also an appropriate substitute for kids, if needed. These medicines are not being used for COVID-19 patients, so they should not be in short supply.

Finally, according to both Ganio and Meadows, nebulized albuterol is still an acceptable asthma treatment, as long as patients do not have COVID-19. If nebulized albuterol is available, Meadows advises using it outside so that anything that is aerosolized does not enter the home. “Use the nebulizer treatment with caution. That’s probably one of our last options.”

“Better to be proactive and have that conversation than to wait till it’s too late and run out of product,” he says. 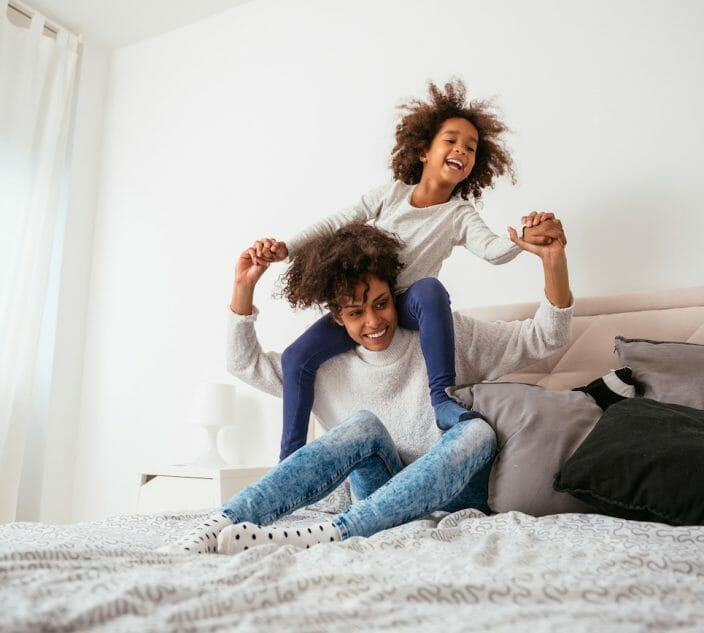 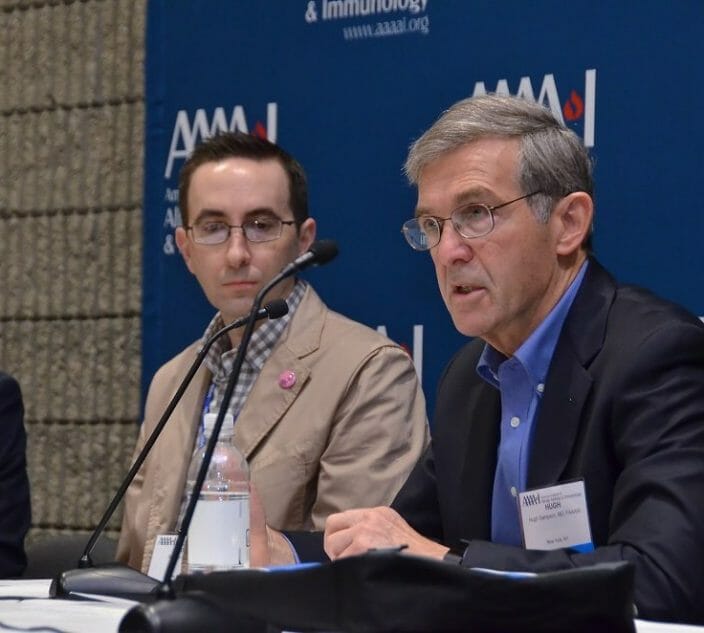