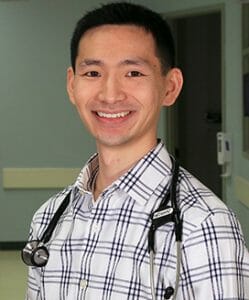 A systematic review of peanut oral immunotherapy that compared 12 controlled studies has brought a longstanding “pro or con” debate over whether OIT is ready for widespread use spilling out into the news media.

The analysis, published in The Lancet in April 2019, has generated discussion, “more harm than good?” headlines as well as controversy in the food allergy community. It lands at a time when an increasing number of allergists’ offices are starting to offer the therapy, growing numbers of food allergy families are expressing interest in treatment – and just as the FDA is about to consider approval for a standardized peanut allergy OIT biologic drug.

The review, led by Canadian physician Dr. Derek Chu, concluded that undergoing peanut OIT results in a risk of severe allergic reaction three times greater than if a person with a peanut allergy simply continued to practice avoidance of the legume. The frequency of anaphylaxis rose from 7.1% among those who were on placebo or avoidance in the dozen studies to 22.2% for those on peanut treatment.

“It is clear that people who were on peanut oral immunotherapy had many more allergic reactions compared to those that only avoided peanut, both mild ones such as vomiting all the way to severe reactions like anaphylaxis, Chu of McMaster University in Ontario, says of the review.

The studies in the analysis involved more than 1,000 patients between the ages of 5 and 12 years old, and largely reflected experiences in the first year on treatment.

Chu and his team concluded that if the treatment goal is fewer anaphylactic or milder reactions to peanut, then peanut avoidance is still the better approach than the OIT therapies being practiced or proposed. Many parents of children who’ve had success with private practice OIT are disagreeing strongly with that finding.

“That’s nonsense,” Elizabeth Gordon of Palm Beach, Florida, stated bluntly to Allergic Living. Her son Charles, who’s 12, completed OIT for both peanut and cashew last year and is now on maintenance dosing. The boy had a life-threatening anaphylactic reaction to a bite of a candy bar at school as a 5-year-old and his parents lived for years with nagging fear that he might have another reaction when away from home. 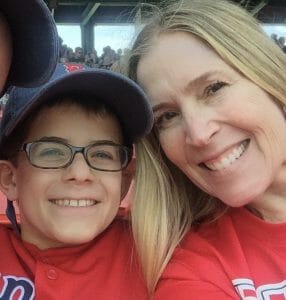 “This has been life-changing, not just for our son, but for our whole family,” she says.

Melissa Happ’s daughter, Jessica, who’s 7, has been enrolled in private practice OIT in Utah since last June. The girl has graduated from egg OIT and is slowly building up her doses on milk OIT, since she’s highly dairy-allergic. Jessica had a few hive reactions on the therapy and one more serious reaction – it turned out she had a chest infection, and allergen doses are usually scaled back during illness.

But Happ says to speak only of OIT reactions is to miss the bigger treatment picture. “Yes, we had to work past those reactions, but now we can go into the world without that burden of the fear of: ‘what if she happens to eat something that has milk or egg in it?'” she says. While practicing allergen avoidance, Jessica was having frequent contact reactions with body hives from small exposures such as food residues on toys and chairs. The child became fearful around others with food. “Now, we eat in restaurants. Life has changed dramatically,” Happ says.

In a commentary that The Lancet published with the review, Dr. Graham Roberts of the University of Southampton in the U.K. and a colleague note that Chu’s data identified 151 more anaphylactic reactions per 1,000 patients among those being treated with OIT than among those on placebo or practicing peanut avoidance. But they say what’s overlooked in review of OIT studies are the differing patterns of reactions, with treatment reactions happening mostly in a more controlled environment at home.

“Trading treatment-related side effects at home for allergic reactions to accidental exposures out of the house (i.e. social situations) might be beneficial for some patients,” the commenters noted.

The largest study considered in The Lancet review is Palisade, the Phase 3 trial for Aimmune Therapeutics’ AR101, the peanut biologic drug that the FDA is considering for approval. That study, published in the New England Journal of Medicine in November 2018, showed strong desensitization results, with a majority (67%) able to eat two peanuts without reaction on completion.

Dr. Brian Vickery, associate professor of pediatrics at Emory University, was the lead physician on the Palisade study. In an interview with Allergic Living, he openly acknowledges there were adverse reactions in the study, mostly mild to moderate, although 14 percent did have to use epinephrine, which was more than the placebo group. But he points out that 86% of them didn’t need it.

Vickery says Chu and his colleagues conducted a solid, rigorous analysis, but says it’s well-known and discussed with families that OIT can cause reactions of varying degrees. He says an important research issue not addressed by The Lancet paper is the need to understand the difference between the two patient groups – the majority who didn’t have any significant reactions during OIT treatment, and those who did. “I would hypothesize that it’s not random. We need to understand this much better,” he says.

“It’s hard to put the toothpaste back in the tube here. Clinical research is always evolving and as we learn more, our approaches will only get better and safer,” says Vickery, who is the director of the food allergy center at Children’s Healthcare in Atlanta.

Stacey Sturner runs a large Facebook group called Food Allergy Treatment Talk, where all 9,000 members are interested in emerging allergy therapies. She’s concerned about the possible influence of The Lancet review and its preference for avoidance over OIT.

“If this first OIT treatment protocol doesn’t get approved, and there ends up being more red tape than there already is, more people are likely to turn to some of the questionable practitioners,” she says. “They’re going to find a way to get their child treated because the fact that treatments can work, that cat is out of the bag. It becomes hazy. I would much rather it be done by published protocols.” 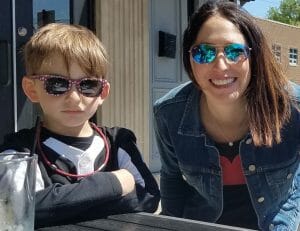 Vickery says a main takeaway from the review should be that more work needs to be done. “Assuming there’s a future where patients are being exposed to oral immunotherapy – and I do think that future is here and expanding, particularly if AR101 gets approved – then it’s really incumbent on us to learn from those treatment courses, to learn from those patients, to try to work through these questions of patient selection,” he says. “Who does well and who doesn’t do well, and why.”

“The only way you can do that is when you treat large numbers of patients and you treat them the same way, and you collect the data rigorously,” he says.

Vickery stresses that one size never fits all in medical therapies. “The fact is, there are no treatments for any disease that are right for every patient. It’s always contextualized, always individualized – and every drug has side effects.”

On Sturner’s treatment talk page, many of her group’s families are already involved in private practice OIT, and her own son successfully completed peanut therapy in Chicago and is able to tolerate a high maintenance dose – 14 peanuts a day.

She says The Lancet review’s preference of the status quo of allergen avoidance will not appeal to the families she knows. “Within my group, many people have a negative opinion of food avoidance. It means their kids missing birthday parties, not being able to eat food at school, needing a school 504 [disability] plan. It impacts restaurant choices, flying, vacations,” she notes.

“The whole societal piece about being ‘left out’ is what’s so damaging to families,” says Sturner. 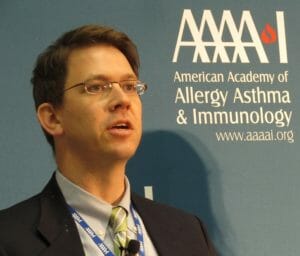 She says quality of life does dip for a few months during oral immunotherapy, even for children like her son, who had smooth sailing through the process. This relates to strict protocols about not taking part in sports after consuming an allergen dose, much monitoring of a child for reactions, as well as multiple trips to the allergist during the updosing phase. “But now we’re back to a great quality of life,” she says of her family. “I no longer think about my son’s peanut allergy aside from his daily dosing.”

One thing she appreciates about The Lancet study is that it may have a tempering effect on some of the hype surrounding OIT, as the treatment clearly isn’t meant for all patients.

“When you’re excited about something that works for you, you want to shout it from the rooftops and tell everyone,” Sturner says. “But that’s why I think it’s important for allergists who are offering this treatment to fully explain the risks and the benefits.”

In peanut OIT, food-allergic patients are given minute, then gradually increasing amount of the allergenic food to consume on a daily basis, until a maintenance level (or dose) is reached. The goal is to desensitize a patient, so they can tolerate a certain amount of peanut without reacting. It is not designed to be a cure. The process is similar with other allergenic foods, such as egg and milk. 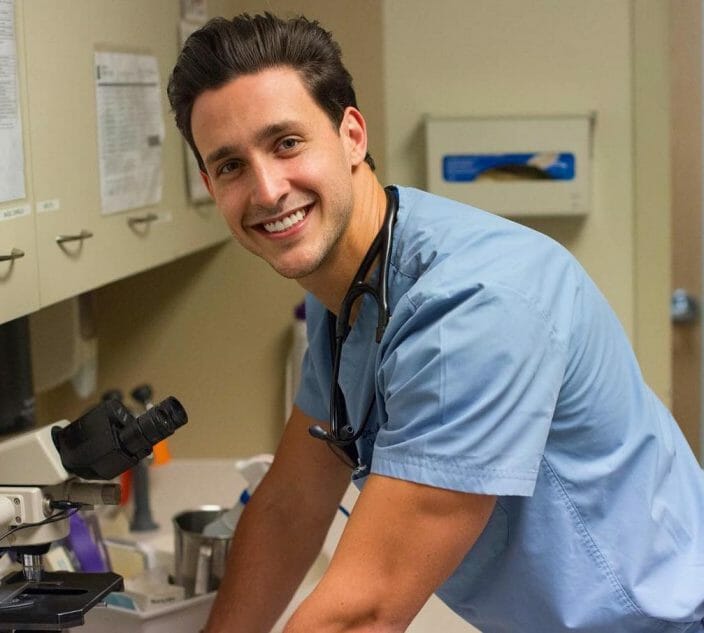 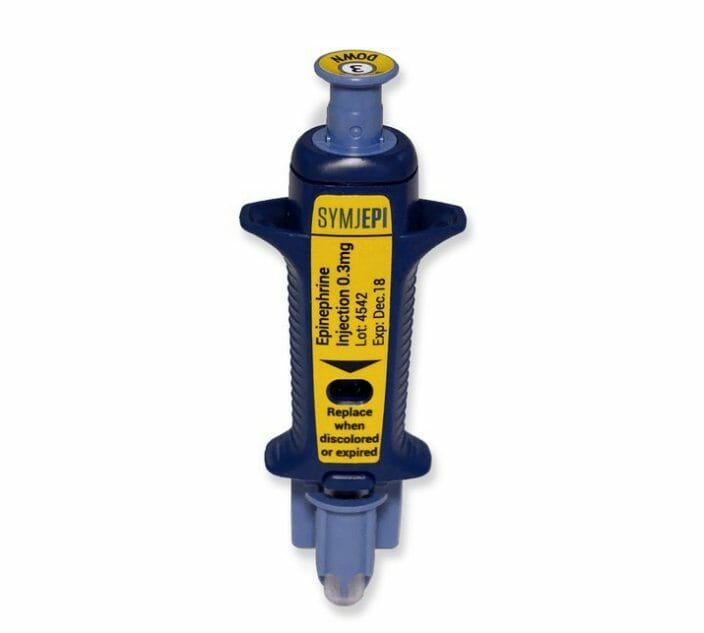 Symjepi, the Epinephrine Syringe, Close to Launch with New Deal