Home Food Allergies Have Been in My Family for 4 Generations

Food allergies started with my grandmother’s shrimp allergy – and have now been passed down through four generations. 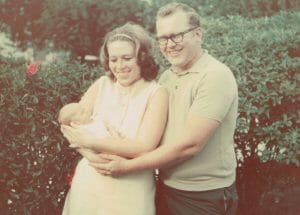 The writer’s parents, Nancy and Paul Stigaard, with her as a baby.
Anyone who has ever said: “No one had food allergies when I was a kid!” should have a chance to meet my family.

We have an itching, wheezing medical history that spans nearly a century. The legacy includes an alarmingly relaxed attitude toward managing a life-threatening condition in the decades before epinephrine auto-injectors had been invented.

The first person we know for certain had food allergies was my grandmother. My Ama, as I called her, grew up in Minnesota with her Swedish farming family, went to school to become a dental hygienist, then in 1928 married my grandfather, a jeweler who had emigrated from Denmark. 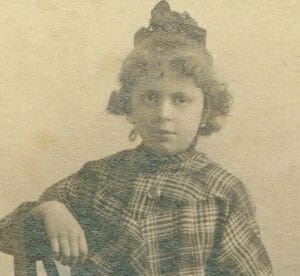 Paternal grandmother Harriet circa 1912.
Growing up in the upper Midwest in the early years of the 20th century hadn’t given my Ama many opportunities to eat shellfish.

On a trip to Mexico with my grandpa, she discovered that she liked the taste of shrimp, but after eating it became dizzy, and couldn’t keep it down.

Her symptoms triggered questions about pregnancy, not food allergies. A few more bouts of illness after eating shellfish confirmed that my grandmother really did have an allergy to it. And so she started a family tradition of discovering food allergies the hard way, and then managing them with somewhat less than strict avoidance – and a whole lot of luck.

Of my grandparents’ four children, only my dad inherited the shellfish allergy, plus he was sensitive to egg, although he could eat it without difficulty in baked goods. Like his mom, dad never visited an allergist, so there was never a confirmed diagnosis. 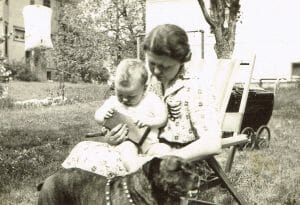 Harriet with baby Paul, about 1940. Paul would develop an allergy to shellfish like his mother.
Despite the steep odds against it in their generation, my dad managed to marry someone who also likely has a food allergy. My mom grew up never eating cloves, because her dad despised them. (In hindsight, a lot of my family’s picky eating and strong food preferences were most likely related to allergies or intolerances.)

When she was a teen, my mom had her wisdom teeth removed, and the dentist packed a dry socket with cotton tubing soaked in clove oil. Her mouth and throat began to swell. Fortunately, the dentist was able to put a tube in her airway before it closed completely. Since then, mom has avoided cloves, and dislikes spicy food in general.

By the 1970s, my dad was an optometrist in the U.S. Army. For one assignment, he was stationed in Fort Richardson, Alaska, which was our family’s home for 3 1/2 years. During that time, my dad was loaned out every three months to the Coast Guard Naval Station on Kodiak Island, so that he could certify that the pilots’ eyesight was still as sharp as it had been 90 days earlier. 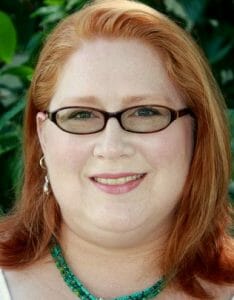 Libby says she passed on the allergy trait.
One summer, some of his friends on Kodiak invited us to visit and go crabbing with them. So my parents packed up their camping gear and their children, ages 7 and 4, for a trip to the home of the world’s largest bears.

On our first full day on the island, we joined our friends at the shore to go crabbing. My brother and I huddled on the bench of the motorboat as it chugged between buoys. At each buoy, the adults would pull a wire basket full of huge alien spiders out of the dark water. They dumped their bounty on the bottom of the boat, where the crabs tucked in their long legs and awaited their fate.

Once the bottom of the boat was ankle deep in crabs, we headed back to land. The grown-ups hauled the crabs to a shack for processing. My dad wandered off, rummaged around in our gear for a bit, then returned with a beer in his hand and the announcement that he had just injected himself with a syringe of adrenaline acquired from one of his doctor buddies, so that he, too, could join the group gorging themselves on fresh crabmeat. [Note to readers: DO NOT do this under any circumstances.] Amazingly, our meal on the beach was without incident.

Soon, we were back at the campsite. As bedtime arrived, my little brother suddenly started gasping for air. My family discovered that he had inherited the shellfish allergy, but my dad had already used his illicit adrenaline.

While my parents debated whether they could reach the nearest hospital on unlit, winding dirt roads, my brother’s breathing fortunately improved, and the worst possible outcome was averted. Today my brother’s shellfish allergy is so severe that he won’t walk into a seafood restaurant for fear of feeling his throat begin to close. 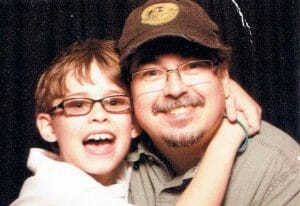 Libby's husband Mitch and their son, who has allergies.
As I was the only person in our immediate family who did not have food allergies, they were the last thing on my mind when I had my son prematurely. He was mostly breastfed, but we had to supplement with a preemie formula, since he wasn’t gaining enough weight. The formula was milk-based, but the protein in it was extensively broken down for easier digestion. At his four-month checkup, the pediatrician suggested switching to regular formula.

A few days later, I finished nursing my son, and handed him over to my mom to top him off with some formula, while I used the breast pump to try to increase my output. He took a few formula swallows, and she yelled for me from the other end of the house.

I came running to find that my baby had projectile vomited everything in his stomach and was sprouting hives around his mouth, and they were spreading over his tiny body. My mom recognized the allergic reaction immediately and we raced to the hospital.

My son has since been diagnosed with additional allergies to peanut, eggs, beef, lamb, garlic and cumin, plus our family tradition – shellfish. He has also outgrown allergies to pork and black beans, and today is a thriving, epinephrine-carrying teenager. 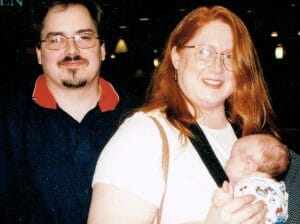 Mitch and Libby as sleep-deprived parents in 2003.
Instead of escaping the allergic legacy, I turned out to be my family’s genetic carrier. The big difference for my son is that, unlike his older relatives, he’s far from the only kid around with food allergies.

When I’ve asked my mom questions about our family history, including why no one ever went to an allergist, and how anyone in our family managed to survive to adulthood, she said there simply wasn’t anything anyone routinely did back then. Back then, they simply avoided and coped, as best they could. If anyone speaks to me about the “good old days,” from an allergy perspective, I will have to disagree.

Libby Stigaard Ilson is a food allergy mom who lives in Tampa Bay, Florida. Visit her website The Allergic Kid.

Read More:
Stayin’ Alive in The ’70s: Before Allergy Labels, There Was Mom
Ages and Stages of Food Allergy Management
Watching My Little Chef Learn to Bake Without Allergens 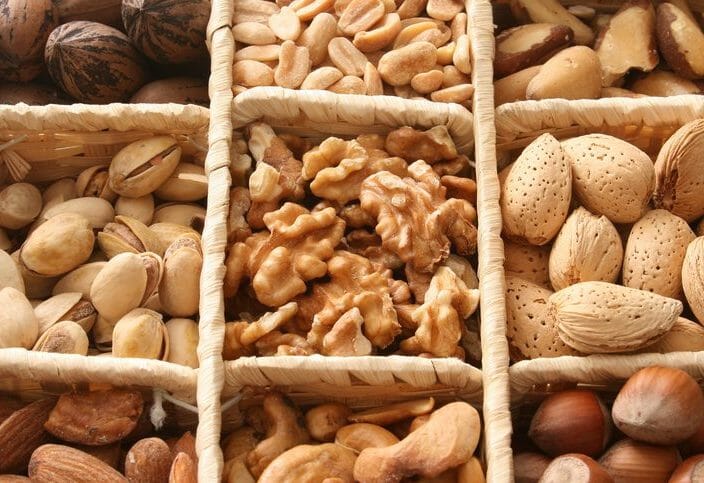 Success with OIT for Tree Nuts in Small, Long-Term Study of Kids 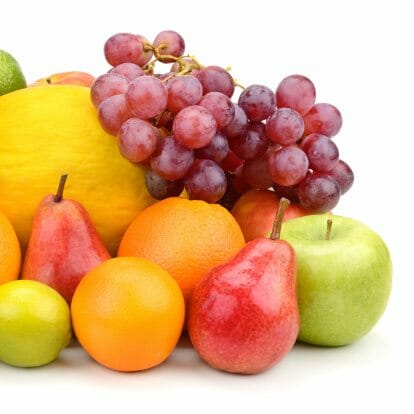