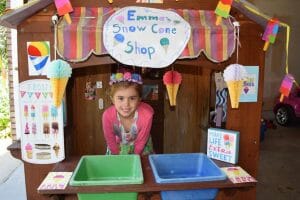 When it comes to throwing birthday parties, Carrie Helmers is used to the routine. Buy decorations, send out the invites and bake a treat. With three young kids, she’s like every parent preparing for a big event.

Although for the Michigan mother, preparing for her eldest daughter’s birthday is a little different. Emma has multiple food allergies to egg, milk, peanut and some tree nuts so the Helmers family has to think outside the box when it comes to providing a safe treat for Emma’s parties, which was the case for her 7th birthday.

“We are always trying to think of fun or creative stuff to include the food allergy kids and the non-food allergy kids,” Helmers told Allergic Living. Her two younger kids don’t have any food allergies and neither do most of Emma’s friends. 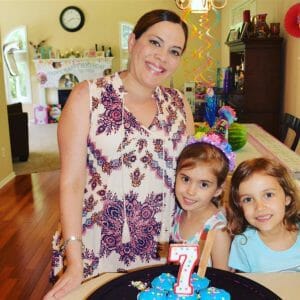 Carrie with her daughters, Emma and Olivia.
For their daughter’s 7th birthday, the family rented a snow cone machine and bought syrups and shaved ice. “My husband saw the snow cone machine for rent at a hardware store months ago,” Helmers said. “And then I saw a dress for Emma with popsicles on it and then it all came together.” They also got a playhouse and dubbed it “Emma’s Snow Cone Shop.”

The mother-of-three first posted pictures of her daughter’s birthday on the No Nuts Mom forum, a support group for food allergies on Facebook, with this caption: “This weekend we rented a snow cone machine for my milk/egg/peanut/nut allergic daughter’s birthday party. It was a hit! All the kids loved it! And it was of course safe for my daughter! She felt special having something unique that everyone enjoyed! :) Just an idea I wanted to share!” And not only was the idea a hit, but so was the post, garnering hundreds of likes and comments from other parents praising the idea.

“The vast majority of kids can have snow cones and popsicles even if they have other food allergies,” she said. The idea of inclusion is important, especially at birthday parties. Helmers said they always bring safe snacks for their daughter to other birthdays.

When asked what she enjoyed most about her party, Emma said “she scooped the snow cones up for her friends herself.”

All photos provided by Carrie Helmers. 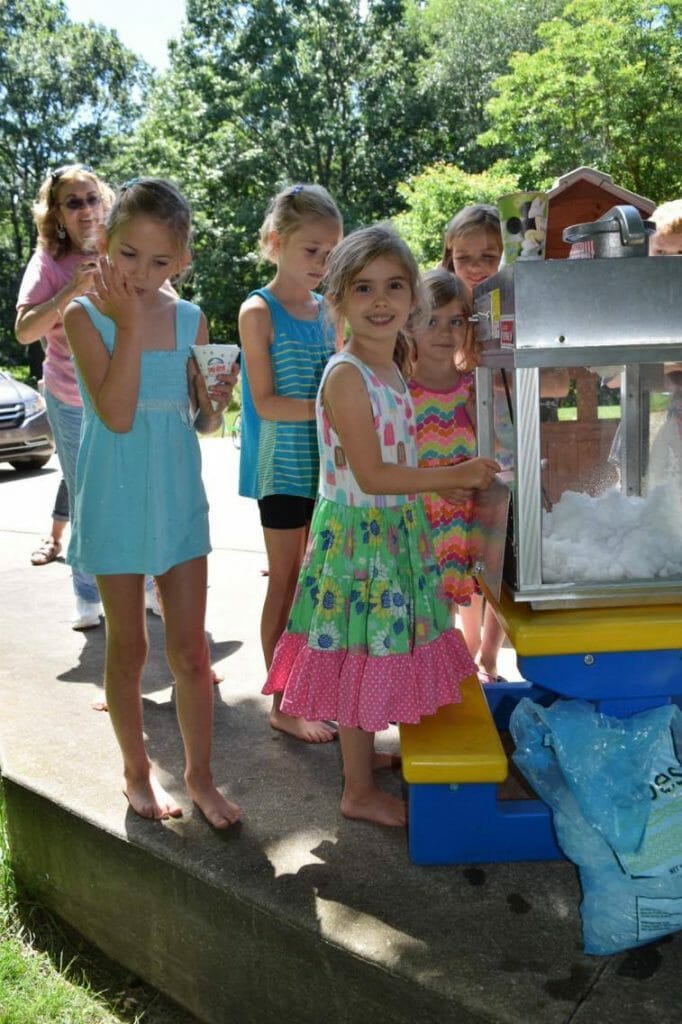 Emma serving up snow cones to her friends on her 7th birthday in Grand Rapids, Michigan. 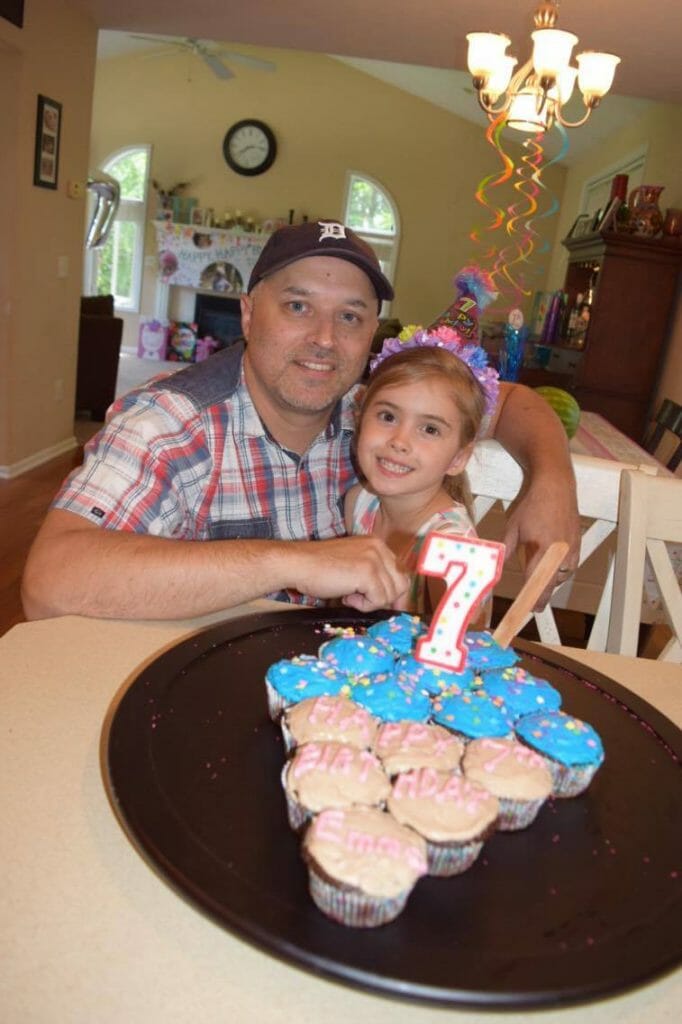 Emma with her father, Greg. 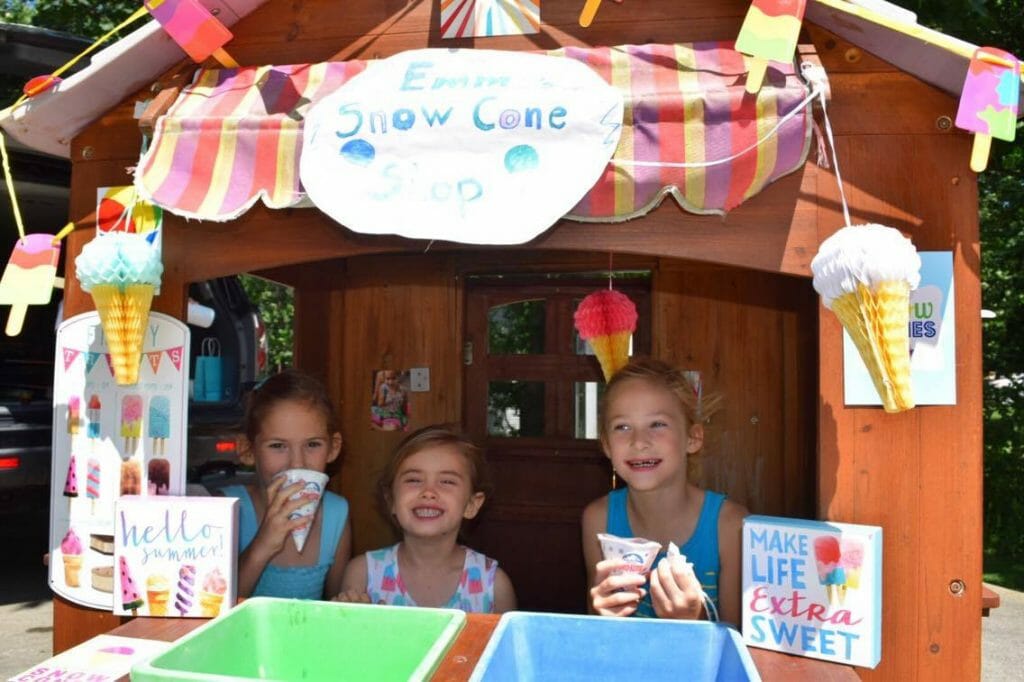 Emma, center, with of her two friends in the Snow Cone Shop. 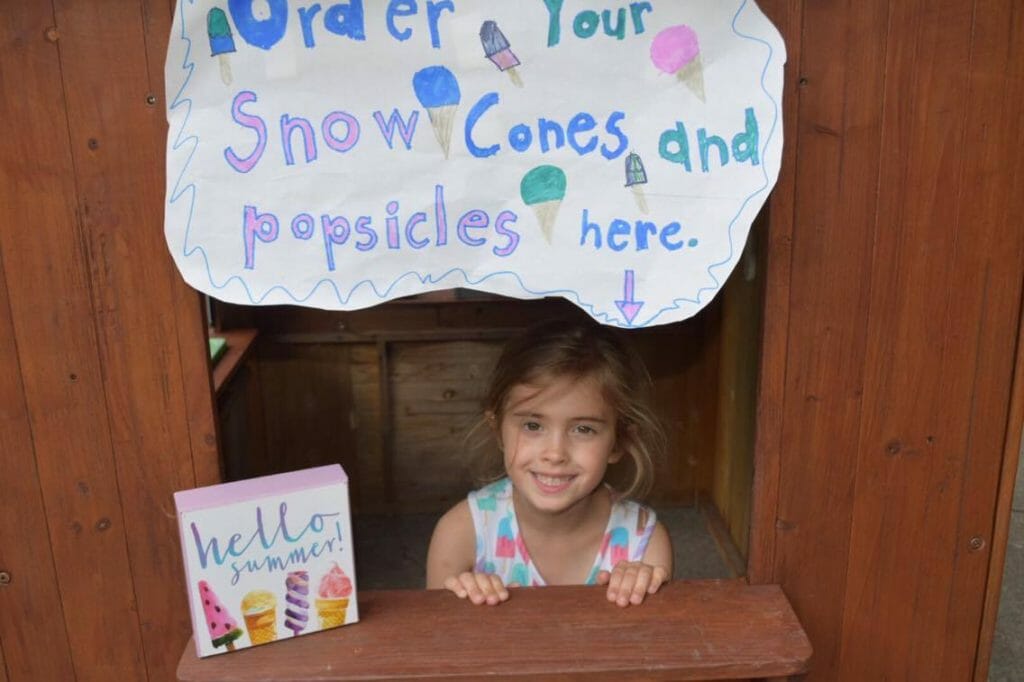 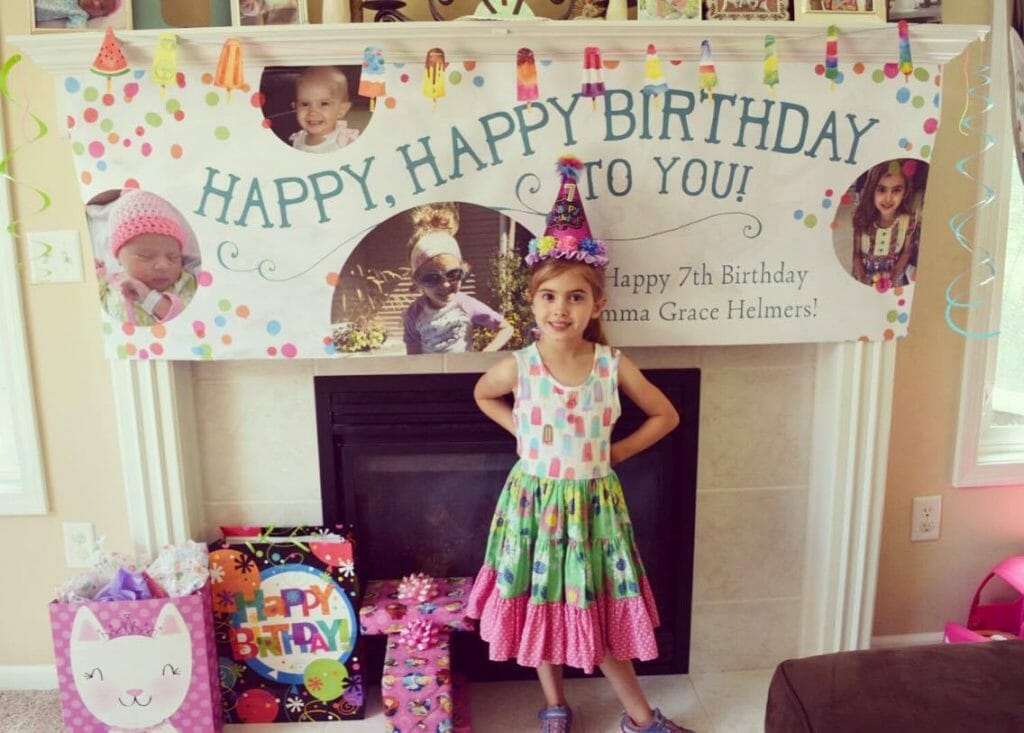 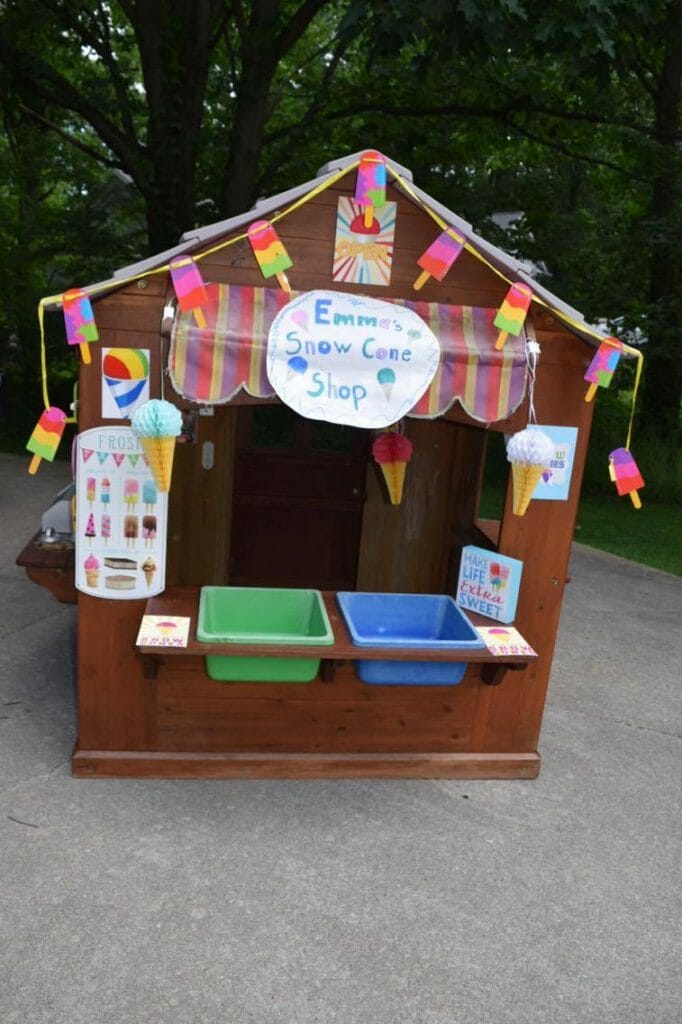 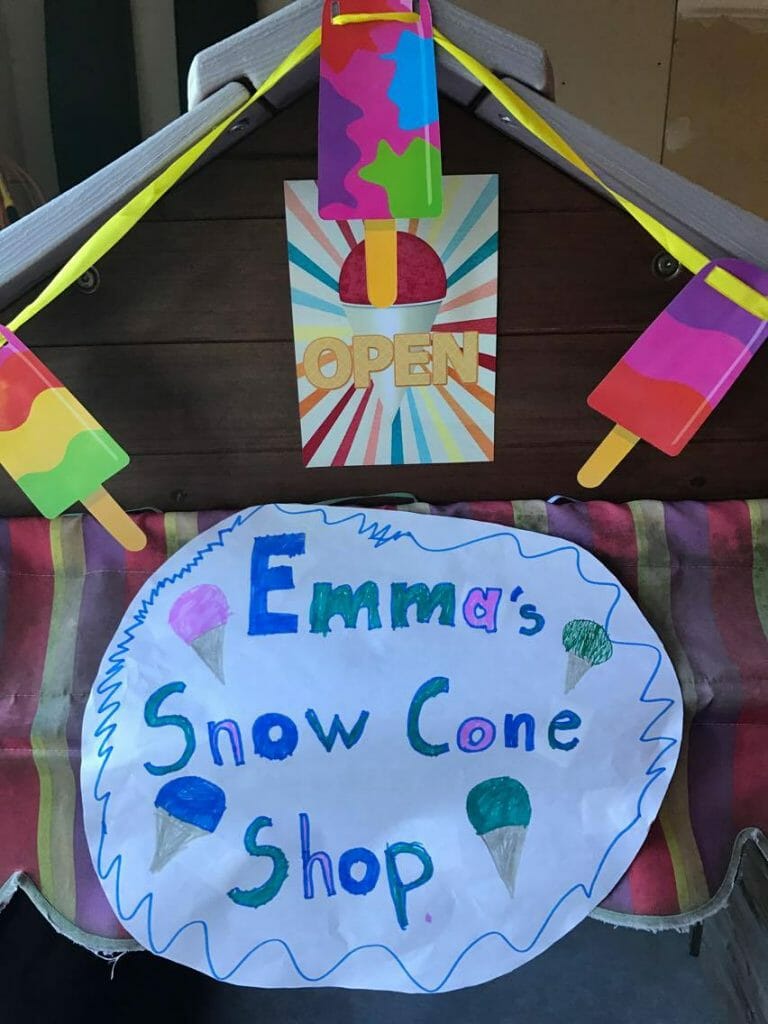 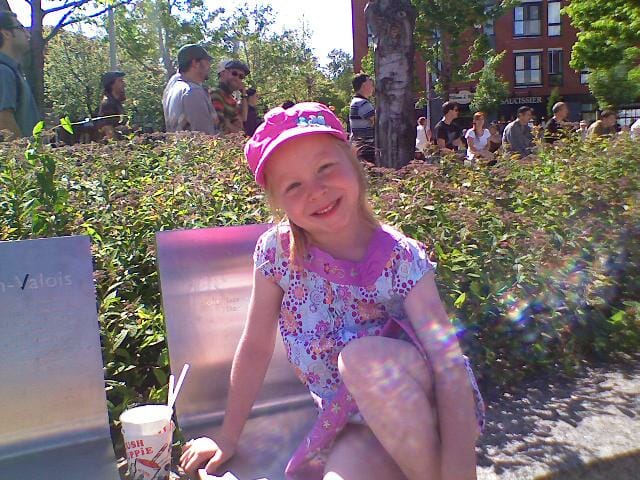 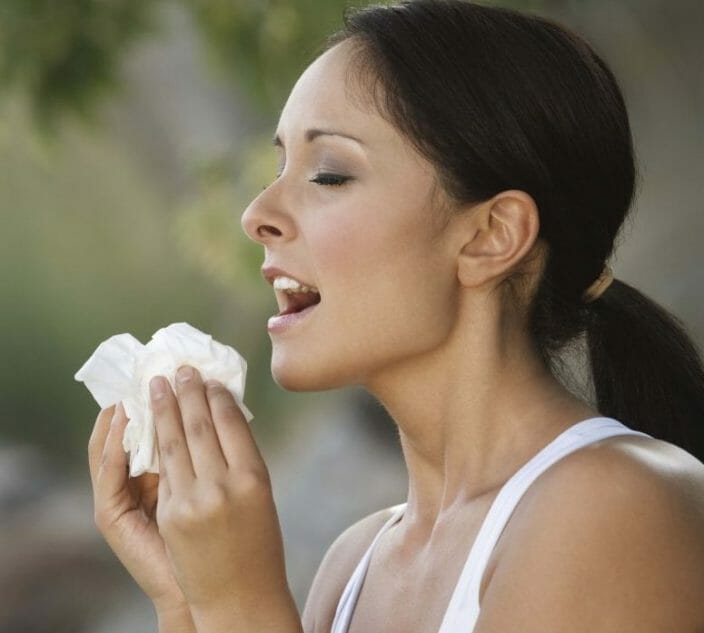 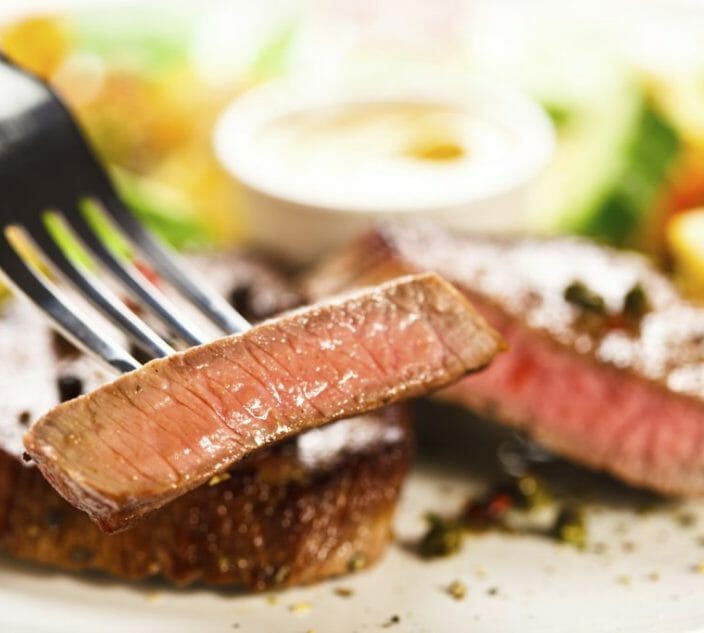 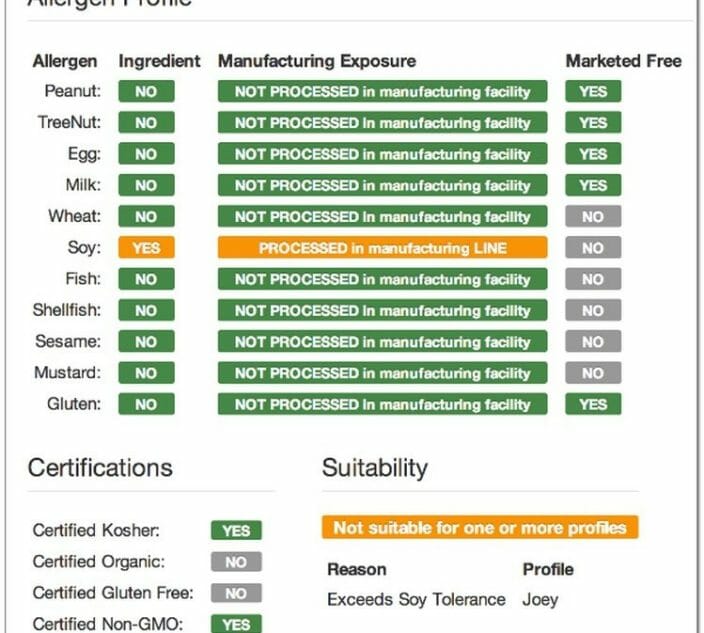