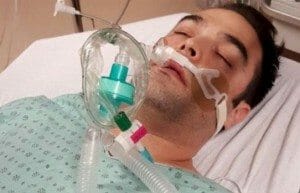 Simon-Pierre Canuel suffered an anaphylactic reaction and fell into a coma after being served salmon instead of steak. Photo: Radio-Canada
A waiter in Sherbrooke, Quebec could be facing criminal charges after a man suffered a near-fatal allergic reaction to seafood at a local restaurant.

According to his police complaint, Simon-Pierre Canuel of Gatineau, Quebec, was in Sherbrooke and dining at Le Tapageur, where he ordered steak tartare. He explained to the waiter that he had a life-threatening allergy to fish and shellfish – both when he was seated and again when he ordered.

Canuel says he specifically asked the server, who did not take notes, to go to the kitchen to let the cooking staff know of his seafood allergies. A police spokesman said the waiter failed to do so.

When Canuel’s food arrived, he took a bite – but soon suspected he had been served salmon tartare, instead of the steak dish. “With the dim lighting, it’s not easy to tell the difference between two dishes, especially if they use mayonnaise. It can be confusing,” Canuel said.

The man’s partner, a physician, then confirmed the dish was salmon, saying they had to go to the hospital. Canuel had left his epinephrine auto-injector in the car. 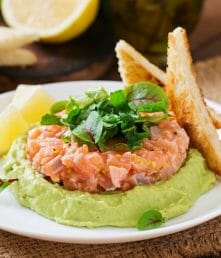 Salmon tartare. Photo: Thinkstock
“We told the waiter, who apologized, saying he would bring me beef,” Canuel recalled to one media outlet. “That’s when I started going into anaphylactic shock and having difficulty breathing.” Canuel suffered cardiac arrest and says he went into a coma for several days.

Police arrested the 22-year-old waiter on August 3, 2016, then released him with a promise to appear in court.

Police are recommending criminal negligence charges, and if those charges are laid, it could mark the first criminal case of its kind in Canada – and set a precedent for how restaurants treat allergic customers.

“When you don’t do something that is supposed to be your duty, and you show recklessness for the life or security of someone, that’s a crime,” police spokesperson Constable Martin Carrier told The Globe and Mail newspaper. The restaurant owners have not commented, saying they are following their lawyer’s recommendations.

Canuel has suggested he will also sue the restaurant. In a previous civil case in Canadian courts, a judge found a server and her restaurant had been negligent when the waitress served a North Dakota man a piece of cheesecake containing walnuts, even though he’d asked whether the dessert would be safe for his serious nut allergy. The man suffered a severe anaphylactic reaction.

In the 2011 decision, which awarded the customer a small damages settlement of $25,000, the judge found that the restaurant and server had a duty of care to allergic customers. “What is important to the customer with a food allergy is that the server knows that the customer needs an accurate answer to a question about ingredients in food,” the judge wrote.

Toronto criminal lawyer Frank Addario says that from the legal perspective, criminal negligence is a difficult standard to meet, because the prosecutors have to show much more than careless behavior: they have to show that the waiter considered the risk, understood the risk, and willfully chose to ignore it.

“You have to be aware of the risk, acknowledge it’s out there, and go, ‘To heck with it. I’m going to run the risk anyway,’” says Addario. “It doesn’t just happen because you’re careless or you’re behaving like a knucklehead, or you don’t have the right systems in place. It happens because you really and truly turned your brain to something and said, ‘I’m not going to take any precautions here.’”

Addario declined to comment on the Sherbrooke restaurant case specifically, but explained that, in theory, a defendant would only have to show that he or she was being careless for the case to fall short. “If the defendant were to say, ‘My brain was elsewhere. I just wasn’t thinking. Of course I didn’t want him to be sick in my restaurant – it’s terrible for me, terrible for him and terrible for the restaurant,’ that would be the end of it,” he says.

In a civil case, however, negligence requires a far lower bar, adds Addario, and is more likely to be successful. “That gets you a lot of money. But a criminal penalty is reserved for really, really bad and dangerous conduct.”

The news has sent ripples through the restaurant industry across Canada, and Francois Meunier, vice president of the Quebec Restaurant Association – which represents over 5,000 owners across the province – is suggesting to the media that if the waiter is charged, restaurateurs in his province may begin to refuse to serve allergic patrons.

Within the food allergy community, reaction to the story has been mixed, with many applauding the police for taking action, while others argue that Canuel was aware of the risk and that he is ultimately responsible for his own well-being.

“The man gave many warnings to the staff of his allergy,” wrote one reader on the Allergic Living Facebook page. “For him to be served his allergen, not even a cross-contact of his allergen but a meal of it, is completely negligent of the waiter. Maybe this lawsuit will open some eyes to how serious food allergies are.”

“If you have a life-threatening food allergy, in my opinion you shouldn’t be eating out,” wrote another. “It is not the server’s fault.” Others thought the restaurant, not the employee, should be held accountable as the management would be responsible for training on food safety. 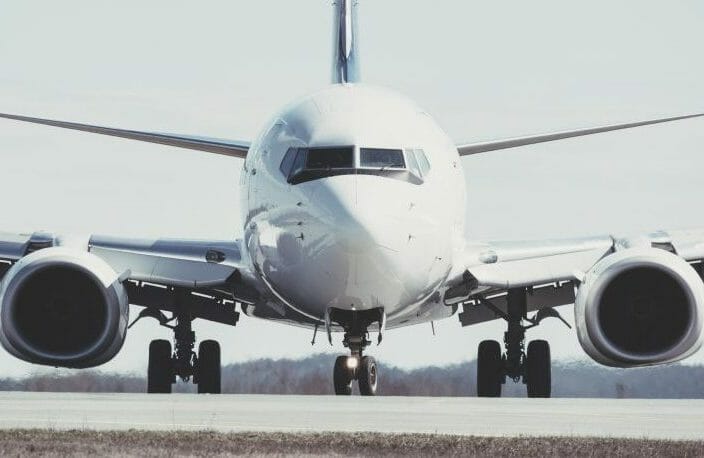 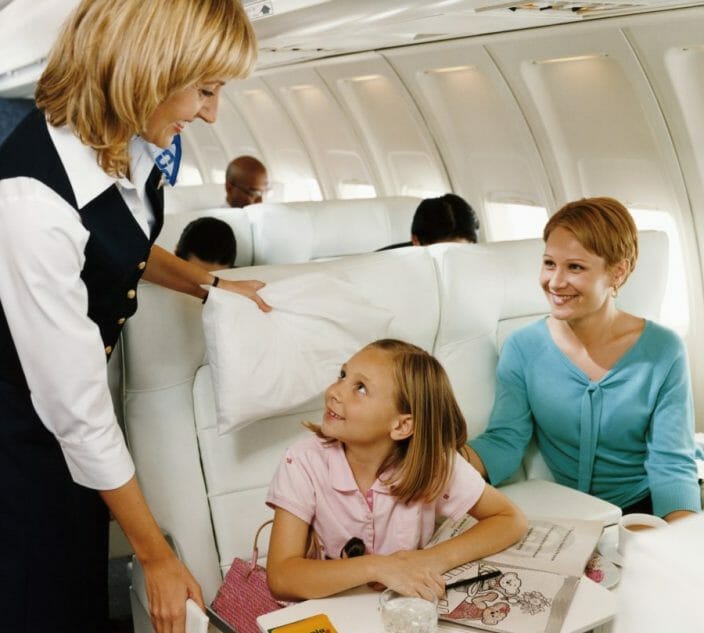