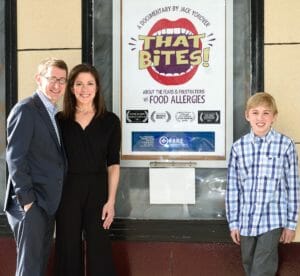 Jack Yanover; (right) with his parents, proudly bringing allergies to the big screen.
Determined to change the world for those of us with food allergies, at the age of 12, I made the leap into filmmaking.

Two and a half years ago I didn’t know much about food allergies and I had limited filmmaking experience. Today, I have a food allergy, and thanks to my documentary, That Bites! – I am a voice for millions of children with food allergies all over the world.

The day my parents asked me to try a cashew, my life changed forever. It took only seconds before I experienced an itchy tongue, nausea, and trouble breathing. My mom gave me Benadryl, which fortunately stopped the reaction. Epinephrine would have been the better choice, but being new to allergies, we didn’t have an auto-injector.

After my diagnosis, I transformed from a normal fifth grader to a “kid with a food allergy.” I realized that most of my favorite foods were suddenly off limits – not because they had nuts, but because the label indicated there was a chance of cross-contact.

Some restaurant waiters and chefs had no idea how to serve someone with a food allergy. I went to a birthday party, and sat at the corner of the table, unable to eat anything served. On Halloween, I went trick-or-treating and ended up trading 75 percent of my candy with my brother in exchange for “safe” candies.

At first, I brushed off the dangers of food allergies, reminding myself that I did not like nuts anyway. But by the time I was 11, I started to understand just how serious this was. Food allergies can kill you and they affect every minute of your life. They can make you feel isolated and alone, and worst of all, it can feel as if nobody else understands. I decided it was time for that to change, not only for me, but for everyone with food allergies – and the best way for me to do that, was to make a movie.

It is hard to remember a time when I wasn’t interested in filmmaking. Even as a kindergartner, I enjoyed filming things. When my parents and I discussed the idea of making a food allergy documentary, it seemed like a relatively simple undertaking. I was mistaken. Not only did I not have the proper equipment, I didn’t quite have a handle on what it would entail.

My mom signed me up for a documentary class at a film school in Chicago where I learned the basics and received encouragement to follow through with the idea. Hopeful that I could get some financial support from the public, I launched a crowd-funding campaign to raise funds for a boom, lights, microphones, and other movie equipment. My project blossomed and I raised more than $10,000, nearly double my initial goal and enough to buy sufficient tools to call myself “a fully equipped filmmaker.”

However, a funded project meant I had a huge responsibility. The more than 200 people (many of them strangers) who contributed to my project had invested in my abilities and idea, and I had to deliver. I had a big job to do.

The next step was to figure out how to make a film for people who don’t have food allergies, and teach them what it’s like to live with this condition. I interviewed pediatrician Dr. Ruchi Gupta, and while at her Lurie Children’s Hospital office in Chicago, I also spoke with a food-allergic teen. Other interviews included allergy parents as well as restaurant staff familiar with what it takes to prepare “safe” food.

Putting this project together taught me a lot about filmmaking. Just like carrying an auto-injector, if I wasn’t prepared with an extra battery or tape, something was going to go wrong. There were even a couple of occasions when I didn’t press the “record” button (I still can’t believe I forgot that). But over time, charging the battery in advance, cleaning the lens, and immediately organizing clips became second nature.

Allergies and filming have changed me forever, and while both of these were hard and frustrating, it was a journey I am glad I took.

Jack Yanover, 13, is a 7th grade student in Wilmette, Illinois. That Bites! has played at numerous film festivals, including the Manhattan Film Festival and the Chicago Children’s Film Festival, garnering awards and accolades at many of them. You can watch the trailer here. 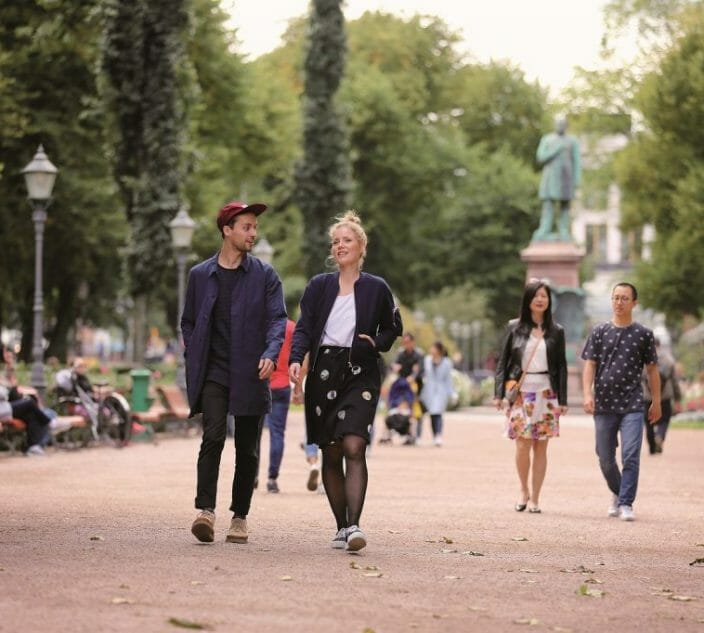 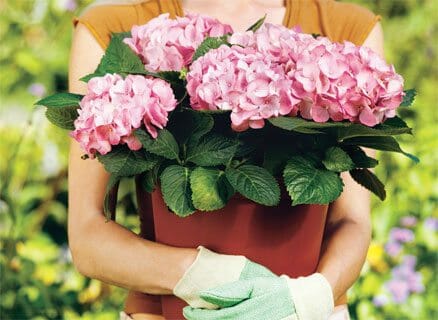