Home Inside ‘The Celiac Project’: Q&A with Documentary Filmmaker 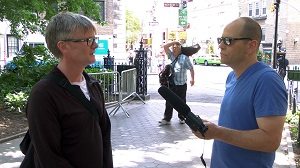 Filmmaker and celiac patient Michael Frolichstein didn't hesitate to put himself in front of the camera in his new, personal documentary about the disease.

Meet Michael Frolichstein, a Chicago-based filmmaker who has produced The Celiac Project, a new documentary about life before and after being diagnosed with celiac disease.

Inspired by his own diagnosis, Frolichstein traveled across the U.S., speaking to medical experts and patients who told him dozens of personal stories of struggles and breakthroughs. He also turned the camera on himself, telling the emotional tale of his own journey to “finding out what’s wrong” and the dramatic tale of a family member’s diagnosis.

Along the way, the filmmaker uncovered many stories about people who spent years hearing there was something else wrong with them, having unnecessary operations or thinking that they were going crazy. But they weren’t. Instead, their bodies were reacting to an autoimmune condition in which their immune systems reject gluten, a protein in wheat, barley and rye products, leading to a host of disparate symptoms, from bloating to osteoporosis. The condition affects about 1 per cent of the population throughout North America and experts believe that about 80 percent of cases remain undiagnosed. Right now, the only treatment is eliminating gluten from one’s diet. Allergic Living‘s Lisa Fitterman recently spoke with Frolichstein, 46, about what was a seven-year-long labor of love and self-discovery.

You were diagnosed with celiac disease seven years ago. What symptoms did you have?

When I was younger, I had such a nervous stomach, doctors said I was a very anxious kid. I also had epileptic seizures at the age of 13 that I believe were related and was on medication for many years. Things subsided a bit through my college and grad school years but from the age of 30 on, I was plagued with escalating stomach issues, itchy skin, intense brain fog and exhaustion.

What made you decide to do a film about celiac disease?

My number one aim was to raise awareness. Right after I was diagnosed, I thought, ‘I’m a filmmaker and I do documentaries.’ I didn’t see a lot out there about celiac disease and thought that I could fill a need.

How did you fund the film?

Partly through Kickstarter! But the crowdfunding was more than just about raising money. I told people I wanted to do this project and began to create a community around the film. And the interest in it is continuing. Every day, we get requests for screenings, or we’re asked, ‘How can I get involved?’

What was the most surprising thing for you in the making of this film?

I’m not sure if this was surprising, but when I started, I thought I’d have to really search for people who had the condition. But there were so many right here in my own backyard! I met people who’d been hospitalized, who had symptoms that weren’t typical digestive problems, who had lost their hair or been put on anti-anxiety medications. It made me realize even more that I was doing the right thing; that we really need to raise awareness in the general population and re-educate people in the medical community. My former doctor, for example, still doesn’t have a full grasp of what celiac disease is. And I live in Chicago, a major center, not rural Illinois. 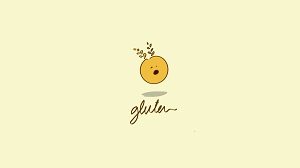 Frolichstein uses clever graphics throughout his film to demonstrate the damage that gluten does to a celiac patient's intestines.

What message do you have for doctors?

Don’t brush a patient off. If you can’t find something wrong, do a blood test to screen them for celiac disease. Alessio Fasano, the head of pediatric gastroenterology at Massachusetts General Hospital in Boston, told me he instructed a group of doctors to do just that and his department would pick up the bill – and the number of diagnoses went through the roof! Speaking to specialists, I sensed a frustration among them that not enough initial screenings are being done.

Which characters in the film really stick in your mind?

All of them, actually. But the story of a couple – married doctors who were diagnosed with celiac disease after they started to have a family – really resonated. They told me that when they were in medical school, they thought it was rare, just caused tummy troubles and affected only children. One of their medical textbooks, which was about 600 pages long, contained just a paragraph about the disease. And now, we know it can strike at any age, to people in their sixties, seventies and eighties.

What made you decide to include yourself in the film?

I wanted the film to have an emotional anchor. It was never going to be just about a disease. I wanted people to learn a lot and be engaged by the human side of it, and pepper in the scientific to also make it an eye-opening, educational experience. When I began to speak with people, I could identify so much with what they were saying, how they felt misunderstood, like they were losing their minds. It was humbling for me that people were so open and courageous about sharing their stories.

In an ideal world, what do you want ‘The Celiac Project’ to achieve?

My daughter was diagnosed at 3½ years old and then my oldest nephew was diagnosed, all because they were screened. Now, I see them and they’re a huge inspiration because they made the dietary changes without having to suffer like I did. I think of the 300-plus symptoms that are associated with the condition and I think about how simple it would be if people knew to ask for a blood test and doctors knew enough to order one when needed. I want to spread the word about celiac disease and the challenges of diagnosis, and documentaries are a good way to engage the public and encourage them to take action.

For more information about the film, go to www.celiacproject.com. 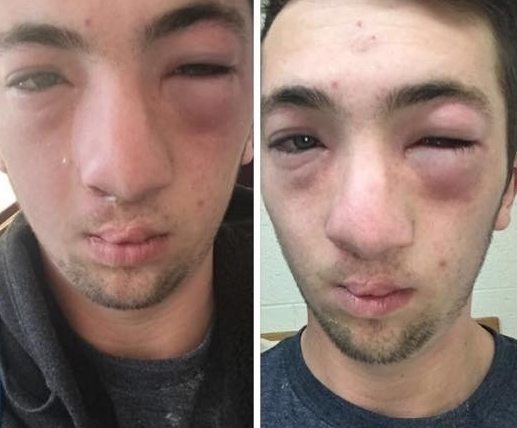 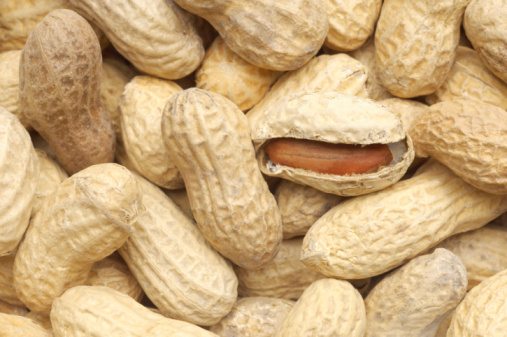