Allergic Living set out in search of architecturally designed homes that put indoor pollutants on notice. Our columnist reports back with four outstanding residences that incorporate allergy and air quality considerations, green sensibility and, of course, great looks. 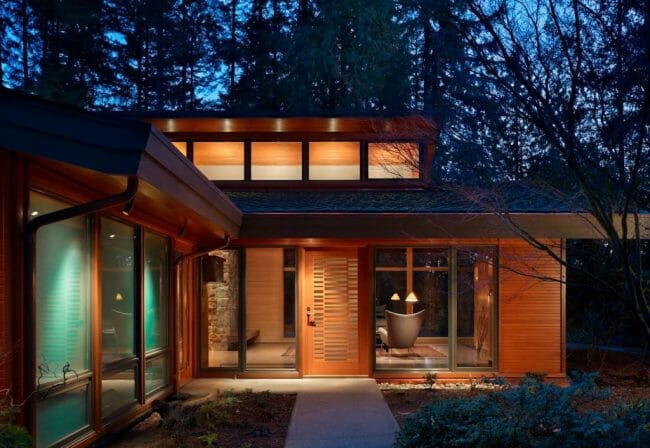 A healthy home was high on the “must have” list when Seattle architect Nils Finne redesigned this vintage modern home in Lake Forest Park, a picturesque community north of Seattle that’s known for its lush forests and lake views. For more than 30 years, the architect had used sustainability as a guiding principle; but with this reno, there was an added wrinkle: the client had environmental allergies, so air quality was key.

As a result, Finne took full advantage of the fresh forest air and abundant natural light, and incorporated plenty of wood, stone, and other materials that Mother Nature supplied.

Heating/Cooling/Air Filtering: Since it provides energy-efficient heat that keeps feet blissfully warm, Finne uses in-floor radiant heating as much as possible – an especially attractive option for people with allergies and asthma because dust, mold, pollens and other allergens don’t get blown around as they do with forced air. Finne salvaged some of the home’s original copper in-floor system, then added sturdy PEX tubing, which he says is “as close to bulletproof as you can get.”

With the home’s Pacific Northwest locale, air conditioning wasn’t necessary, but Finne did replace skylights with vertical windows that open fully so summer breezes could flow through. The client also gave the bedroom a clean air boost with a room-sized HEPA air purifier.

Flooring: Given the client’s allergies, the architect passed on carpets and other soft surfaces that attract allergens and pollutants, and opted instead for terrazzo floors – which don’t off-gas – in the kitchen and living areas. The most radical change came in the bedroom, where he replaced old dust-collecting carpets with stylish concrete floors, using a finish called Milestone. “It’s a top coating that allows us to bring in a custom color and has a mottled finish, so it has some depth to it,” he says. “It’s a very interesting floor surface.”

Cabinets and Counters: Finne opted for Silestone, a type of quartz countertop that is elegant, extremely dense, durable, stain resistant and doesn’t emit volatile organic compounds. For cabinets, he chose natural cherry wood (a far better option than particle board or plywood cabinets that often that often release VOCs).

Instead of leaving them flat, he designed a striking pattern that was then milled into the doors using a computer-controlled machine. The grooves could be dust collectors – but the client told Finne to go ahead regardless. “So there were certain areas where the aesthetics were allowed to weigh in.”

Wall Finishes: Finne sourced healthy paints through a Portland company called Devine Color (www.devinecolor.com). “They have a very limited palette, but every color you just look at and say, ‘Gosh that’s a wonderful color.’ And they are all extremely low VOC,” he says.

Insulation: Finne went with a combination of rigid foam and blown-in cellulose – a product of choice for people with allergies and asthma as it doesn’t contain formaldehyde or other off-gassing chemicals that can irritate lungs. He says a typical house will lose more than a third of its energy because of heat escaping through windows and poorly insulated walls and roofs, which in turn creates greenhouse gases. “That’s just a low-hanging fruit that you can grab right away,” he says.

Extras: Glass brings the outside in, lightens heavier design elements and is easily cleaned, so it’s used throughout this home, giving an unattractive carport a makeover, and creating a breathtaking master bath. “You’re almost bathing outdoors,” he says. “Or at least it feels that way.”

“It is all in the broad category of what I would call smart sustainable,” says Finne. “But really it’s just smart design.” 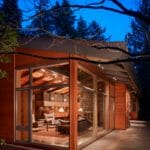 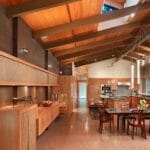 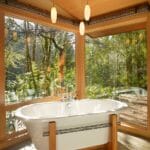 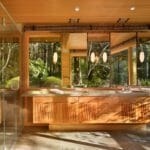 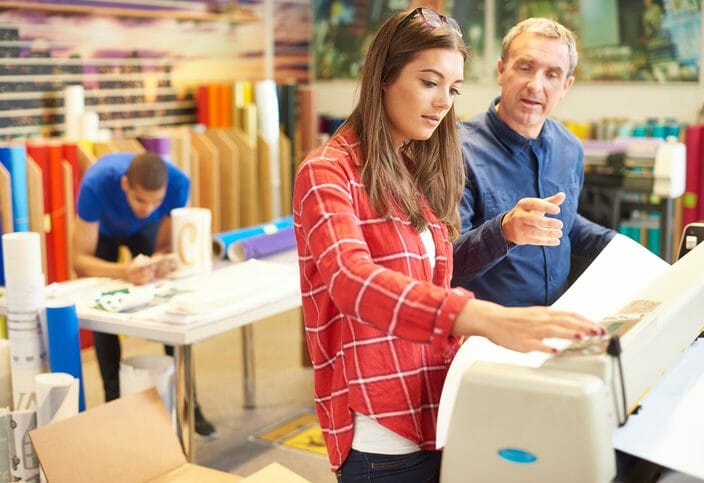 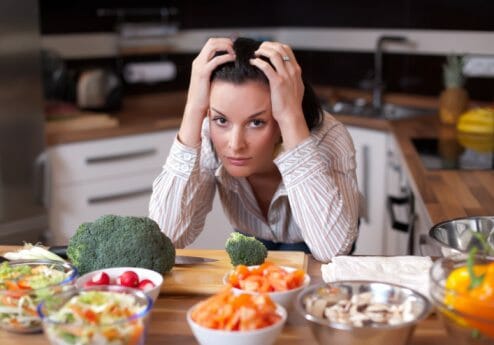