Home Allergist Mom: What My Food Allergic Kids Taught Me

“No amount of medical training could have prepared me for having children with multiple food allergies.” The Allergist Mom’s powerful story is a reader favorite from Allergic Living’s archives.

I can tell you exactly where I was when the field of allergy and immunology first stole my heart. I was in my first year of medical school sitting in an overly cool classroom taking notes as fast as any human hand could. My pathology lecture was just ending and immunology was up next. I rubbed my sore fingers and prepared to write down, verbatim, the next lecture.

But shortly after my professor started to speak, I realized that I had completely stopped taking notes. I had allowed myself to be drawn into the story that she was weaving, a story of T cells and B cells and their physical and chemical conversations with each other. It was amazing.

Little did I know that she was introducing me to a cast of cellular characters that would soon become not only important for me to pass my next immunology test, but also to complete my subsequent fellowship training and to my understanding of the mechanism of food allergy, an immunological disease that would affect three of my four children.

In 2005, after completing a pediatric residency, I started my fellowship in the field of allergy and immunology at the Children’s Memorial Hospital in Chicago. I had a 7-week-old baby boy at home so I was knee-deep in motherhood, but I was ready. I was excited to finally be seeing patients with the allergic and immunological disorders that I had been so interested in during medical school.

These diseases, including chronic sinusitis, seasonal allergies, and immune deficiencies, were all challenging and interesting, but what drew me in the most was food allergy. There was something so cruel and senseless about a disease that denies a child a bakery cookie – it made me want to break its code.

As fellows, we were taught to take a detailed history of the allergic reaction from the patient and the parent, paying exquisite attention to what food was ingested, the timing of the ingestion in relationship to the symptoms and what symptoms occurred.

Patient histories would often become complicated, a fusion of facts and feelings. We would then perform skin-prick testing with the suspected food protein and draw blood for the same allergen. Combining the history and the results of the testing, a diagnosis was made.

We would review an allergen avoidance sheet with the family, explaining the importance of reading food labels, and discuss an emergency health-care plan, teaching the families how to recognize and treat an allergic reaction. We provided them with a short list of support services and asked them to follow up in one year. It was a good system, at least as far as I knew.

By the end of my first year of fellowship, we had twin boys (yes, we had three boys in 13 months!) and one of them, Gino, literally had hives on his skin only a few days after he was born. He would soon be covered in itchy, bleeding eczema and more often than not, vomit, so I made an appointment with an allergist.

I provided her with a detailed history of my son’s reactions that was, of course, muddled with facts and feelings. His skin-prick test and his blood test to cow’s milk were both positive and the allergist told my husband and me that our son was allergic to cow’s milk.

The Diagnosis Was a Blow

As this diagnosis fell from her lips, the same diagnosis that so often fell from mine, I experienced how it felt on the other side. It was a powerful blow. I was on the wrong side of this appointment, a side I never dreamed I’d be on. I was not the allergist that day, instead, I became the mother of a child with food allergy. After we reviewed the perfunctory literature, I got my one-year send-off and then, I panicked.

I wanted our allergist to come back in the room. I had so many questions left to ask. But I was an allergist, so how could I have so many questions? I only knew one thing – that I needed more time with her. I felt alone and anxious.

As a fellow, I’d never quite understood it when parents cried at the end of our appointments. The diagnosis and treatment was a matter of fact. You avoid the food and you avoid the reaction. But now, on the other side, I understood. It was about: how in the world you were going to avoid the food and what on Earth would happen if you didn’t.

I walked out of the office saddened that, previous to this appointment, I had not really known what food allergy families go through and devastated that I had to learn it like this. It felt like I was like starting over, both personally and professionally.

The Kitchen and Grocery Store

When I walked into my house after the appointment, I went directly to the kitchen. I have always believed that our home should be a safe haven for my children, so I began my quest to rid the house of milk. I started reading labels. As I read every label on every box of food in my kitchen, I turned numb. I threw away pudding, cheese, sticks of butter, bags of chips and boxes of cookies until my cabinets and refrigerator were nearly bare. No one warned me how hard it would be to go back into my kitchen for the first time.

After putting the boys to sleep, I went to the grocery store. As I wandered the aisles trying to find food without any milk ingredients, I noticed that my usually overflowing cart was sparse. I knelt on the ground to read the ingredients of a rice drink and caught a glimpse of a pint of ice cream in another mother’s cart. A feeling that I rarely had felt in my life overwhelmed me.

As I fought back tears, I realized what it was. Jealousy. I was truly jealous, deep to my core and then, immediately, ashamed. I wanted her shopping cart. I wanted her convenience. I wanted pizza and ice cream, cheese sticks and yogurt. And I was ashamed that my desire for her food made me feel disdain toward her. No one told me that the grocery store could be this painful.

When my head rested on my pillow that night, I remember a long pause in my breathing during which all of the costs of this diagnosis hit me. I could not believe this was happening. And for the first time that day, I actually let myself think about the unthinkable: my beautiful, sweet child could actually die from eating the wrong food. A wave of anguish swept over me. No one told me about this moment, either.

It was several months later on a pretty summer afternoon when it nearly did happen. I was on call, so my parents were at our house helping with the boys. I was so excited to see the kids when I got home from work that I let them eat a little treat before dinner: homemade allergy-safe cookies.

It was not even a minute after his first bite when my dad yelled out my name and carried Gino to me. When I took him in my arms, I felt his weight; it is the strongest memory I have of that moment. He wasn’t holding any of it on his own. He was completely limp in my arms.

His coloring grew pale and grey, and he began to turn blue around his lips, so I screamed for the EpiPen Jr. Even though I can put teeny tiny umbilical lines into two-pound babies without a tremor, with my own child, I was shaking so much that I could hardly remove the gigantic gray cap from the auto-injector. When I finally did, I jabbed it into his thigh with a thud and counted to 10.

Gino began vomiting profusely, mucous was bubbling out of his nose, and he was turning more and more blue. I could feel myself losing him and I believed that he was dying in my arms – dying from a cookie. Specifically, it would turn out, not from milk, but from the egg in that cookie.

Thankfully, the epinephrine began to work. His coloring returned and I felt an overwhelming sense of relief as he started to open his eyes again. That night in the hospital I remember crying and clutching to Gino for dear life, and thanking God that I could.

I often think about why I felt this way and what could have been done to lessen those feelings. I feel that we, as allergists, need a better way to more thoroughly address the real-life issues that so often plague the lives of food allergy families. There must be a stronger link between food allergy families and the allergist’s office.

A Role for Follow-up

What would this look like? Maybe it’s a mandatory second appointment with the allergist or a nurse, or a one-on-one family meeting with a veteran food allergy family during which they share their favorite sources of information, recipes, tips and support services. Perhaps it’s a follow-up phone call the evening after a food challenge or group meetings run by the allergist’s office for his or her patients.

Since the completion of my fellowship, I have not gone back to seeing patients in the clinic and I have struggled to find the best way for me to serve the food allergic community. In the future I would love to be a part of a follow-up appointment as both the allergist and the veteran food allergy mom, but until I can make this concept a reality back in the hospital or through consultation, I started a blog [the former Theallergistmom.com] in an attempt to do this virtually. Through this blog I provide education and advocacy, first-hand experience and mostly, friendship.

When I began to fall apart in this allergic life, it was with the support from my family, my medical colleagues, and other food-allergic families that I was able to be put back together again.

I want to be one of the people who help to revive and strengthen other food allergy families. I want them to remember exactly where they were when their heart, once broken by food allergy, finally started to heal. 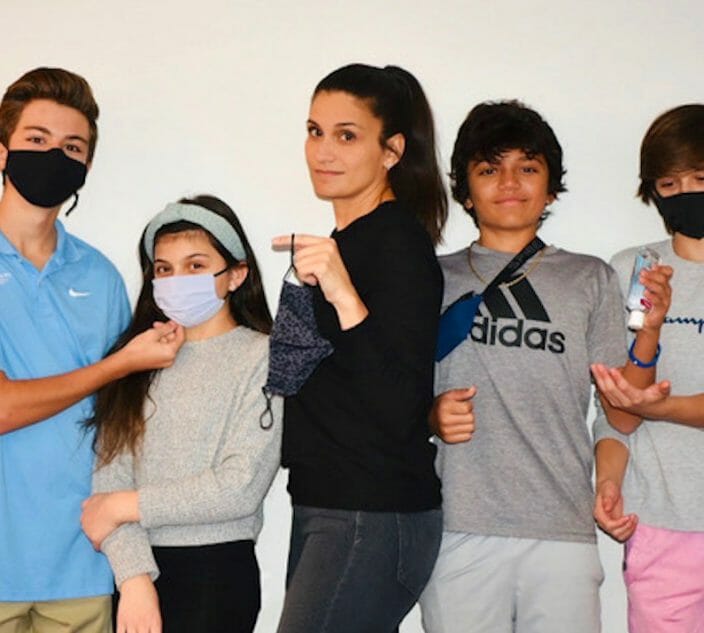 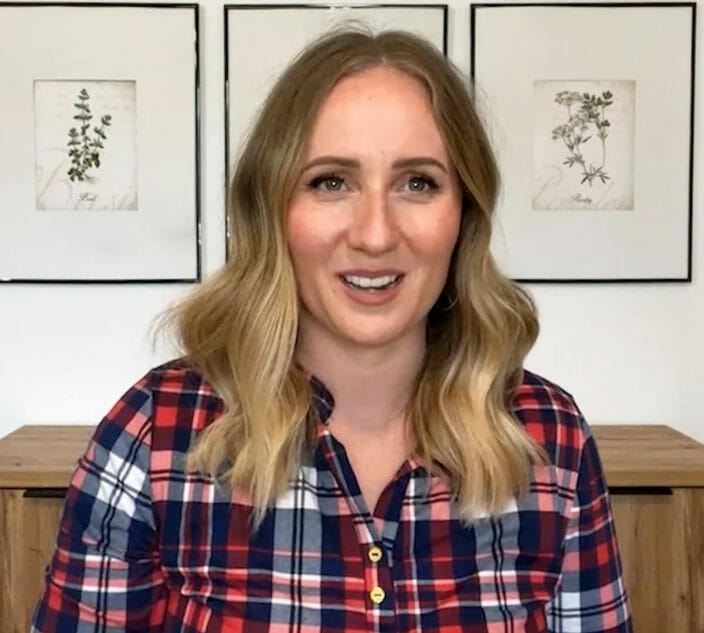 How Not to Overreact with an Allergic Child [Allergy Mom Video] 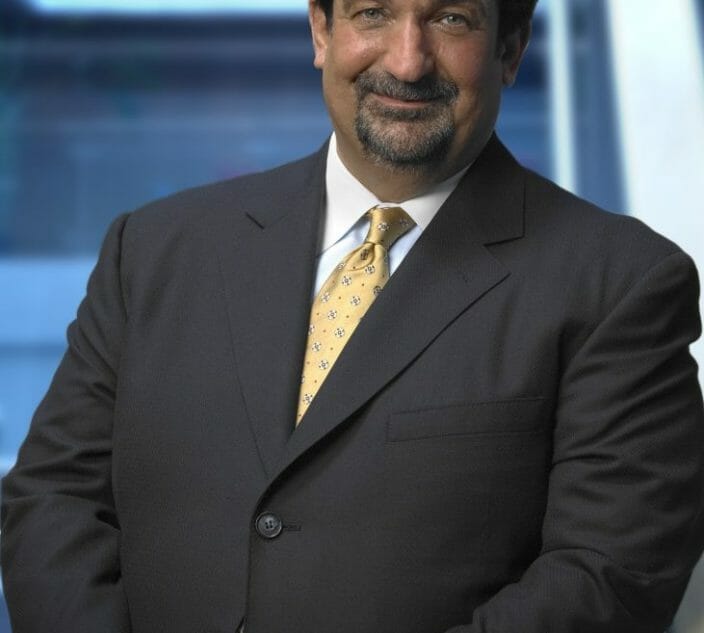