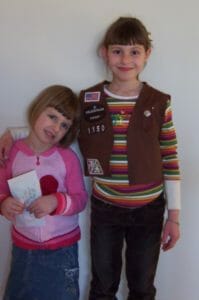 “Mom, everyone is going. I really want to go,” my daughter pleaded with me one spring afternoon. The event? A week-long, Girl Scout-sponsored day camp. Or as I referred to it, “Girl Scout Nirvana.”

For many kids, mine included, the prospect of summer camp is the very axis on which the Girl Scout year spins.

At age 7, Alexandra took such delight in being a Girl Scout Brownie. She wore her Brownie vest proudly, earned “Try-It” badges with enthusiasm and sold an impressive number of cookies during the annual sale. The kid was as dedicated as anyone else in her Brownie troop and she deserved this summer adventure. But I wasn’t sold. Was the camp ready for a child with life-threatening allergies to peanuts and tree nuts? Would she be safe?

Since her food allergy diagnosis at age 4, I had vowed to support Alexandra in enjoying normal life activities. Still, summer camp presented several unknowns, including a distant location and a new group of caregivers. Plus, my daughter was still very young. I argued with myself about the pros and cons of each decision. If I let her go to camp, was I risking her health? If I didn’t let her go, was I risking her self-esteem?

Before my husband and I had made a decision, I happened to be chatting with another Girl Scout mom. She was concerned about camp, too. “My daughter is so small,” she said. “I’m afraid if she sinks in the pool, no one will see her.” That’s when it hit me. Every parent worries about something. Worrying is not exclusive to parents of kids with food allergies. No matter what your situation, it’s not easy to let go. I decided to learn more about the program.

What I found out was encouraging. The Girl Scout camp didn’t serve peanut butter, employed a full-time EMT, and trained its staff on when and how to use an epinephrine auto-injector. After more discussion, we decided to give it a go.

When the first day of Girl Scout camp rolled around, my daughter’s eyes sparkled with happiness as she boarded the bus and waved goodbye. And when I picked her up at the end of her first day, she was tanned, tired and happy. I relaxed a little. Maybe things would be just fine.

But on the second day, the phone rang. I could see it was the camp. My heart raced as I choked out a greeting. “This is the medical office,” said the voice on the line. No! My heart was pounding so hard that I barely heard the next sentence. “Alexandra scraped her foot on the bottom of the pool and was bleeding, so we gave her a Band-Aid. It’s camp policy to report any injuries that result in bleeding.”

I exhaled and hung up. Minor bleeding was definitely preferable to a food allergy emergency. A scraped foot? No problem.

On Day 4, another call from the medical office. I tried not to panic. Turns out, it was just another minor injury, once again resolved with a simple Band-Aid.

On the last day of camp, the Girl Scout leader called me from her mobile phone. I was sweating as I answered, convinced that this had to be “The Call.”

Was This One ‘The Call’?

“Is Alexandra OK?” I blurted out. “She’s fine!” was the cheerful reply. Apparently, my daughter had been offered a snack at a campfire celebration and wanted to double-check with me before eating it. I was giddy with relief as I thanked the troop’s leader, and gave a thumbs-up to the treat.

When I hung up, I couldn’t do anything but laugh. After all of my concern and repeated calls from the Girl Scout camp, we had made it through the week without a single food allergy issue. Even better, I now had solid evidence that my daughter was checking foods before eating them – a huge step in her food allergy independence.

That summer, we both gained a lot of confidence about the future. Our camp experience taught me that even though food allergies require planning ahead and certain precautions, they do not define my daughter.

Another important thing I learned? Along with the auto-injectors, never forget the Band-Aids.

Jenny Kales is a freelance writer on parenting issues and the author of the blog The Nut-Free Mom. She and her husband and two daughters live near Chicago. To suggest your own allergy story, e-mail us at [email protected]. 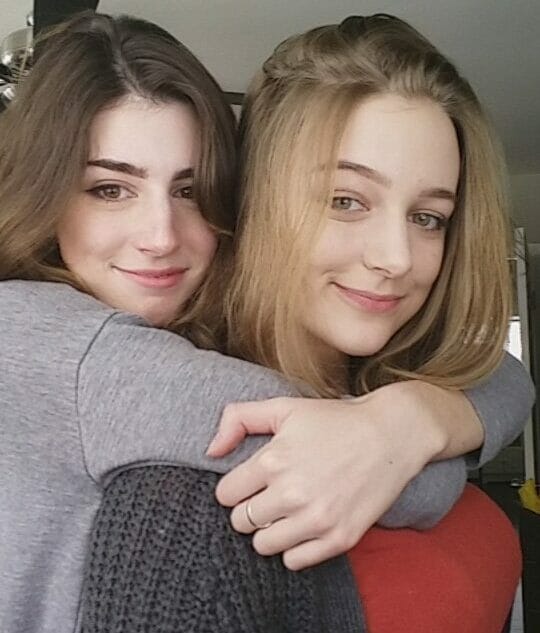