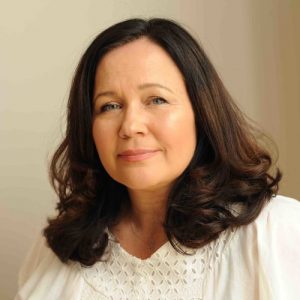 Tanya Ednan-Laperouse
A U.K. family that has spent years pushing to change food labeling laws is excited and relieved to have won a groundbreaking victory – one that could save countless people from serious allergic reactions, and could even save lives.

In 2016, 15-year-old Natasha Ednan-Laperouse was about to board a plane with her dad at London’s Heathrow Airport when she picked up a sandwich at a Pret a Manger outlet. The label listed some ingredients, so Ednan-Laperouse and her father thought it was free from sesame, one of her most serious allergies. They were unaware that a labeling loophole for pre-packaged foods made on the premises meant Pret did not have to list all top allergens on the label.

After collapsing on the flight, the teen died of what a coroner would later call a “catastrophic anaphylactic reaction.”

However this week, the hard work of Nadim and Tanya Ednan-Laperouse has paid off. The U.K. government announced that it will introduce Natasha’s Law, which will close the labeling loophole and require food businesses to label all food ingredients on fresh pre-packaged food.

Beacon of Light to Others

“It’s finally beginning to sink in,” Tanya Ednan-Laperouse said of the success of the family’s lobby for Natasha’s Law, which has gained wide public and political support. “Ultimately we’re doing it to make lives that much safer in a very difficult world for allergy sufferers,” she said in an interview with Allergic Living.

“Natasha was healthy, she was 15, she knew how to look after herself, she was reading labels and we taught her to trust them,” says Ednan-Laperouse. “And it felt that no matter how hard we tried, we still failed. And that’s just not fair. So the reason we’ve done this is for everybody else.”

“I’m hoping that what’s happened here will be a beacon of light, and it might show other countries how they can move forward in keeping their allergy community safe,” she said. 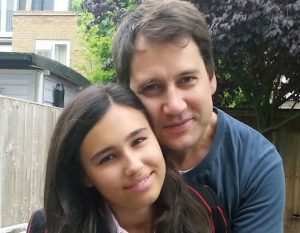 “Nadim and Tanya Ednan-Laperouse have been an inspiration in their drive to protect food allergy sufferers and deliver Natasha’s Law,” said Gove in a statement. “These changes will make food labels clear and consistent and give the country’s two million food allergy sufferers confidence in making safe food choices.”

The law will come into effect in the summer of 2021, giving British businesses two years to adjust. Some, however, have already started making the switch. Following the inquest into Natasha’s death, Pret a Manger began using full ingredient lists in over 60 of its stores as part of a nationwide rollout.

“We are pleased that the government has chosen to support full ingredient labeling,” a company spokesperson told the BBC. Others, however, have expressed reservations.

“Some smaller businesses may struggle with the unwieldy new legislation and it is almost certainly going to lead to much less choice for customers,” Kate Nicholls, CEO of UKHospitality, the trade body that represents the hospitality industry, told the Telegraph newspaper. She also warned the new measures will not circumvent cross-contamination risk and “will promote a dangerous reliance on labeling.”

The coroner at the 2018 inquest into Natasha’s death warned that the freshly packaged food legislation was inadequate to protect those with food allergies, saying “further action must be taken.”

Lynne Regent, CEO of the non-profit Anaphylaxis Campaign, said her group was “thrilled” that the government chose the full ingredients option, calling it “the right step forward to protect individuals with severe food allergies.”

“The partial labeling, just the allergens, was a big possibility for a long time,” Ednan-Laperouse told Allergic Living, while noting that this would have left people with other allergies still dangerously uninformed. “The full labeling is really important.”

In lobbying for Natasha’s Law, she has heard criticisms from some people without allergies who say people with food allergies just need to be “responsible for themselves.” Ednan-Laperouse agrees that people with allergies need to be vigilant, but notes that if an allergy parent or individual “can’t trust a label on food to be accurate, then how can anyone how can anyone stay safe? It’s just too difficult and too much to expect.”

By coincidence, Natasha’s Law was announced the same day that the Ednan-Laperouses launched the Natasha Allergy Research Foundation, a charity they hope will help fund groundbreaking research to help find a food allergy cure. They are currently in discussions with Southampton University to fund the building of a new allergy research center.

Related: Anaphylaxis in the Air, What We Learned From Natasha’s Tragedy