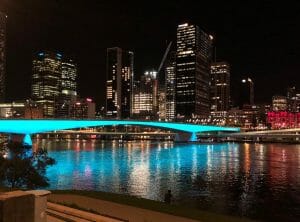 [Updated May 11, 2019] Now in its sixth year, Turn it Teal shows no signs of slowing down. The program, which raises awareness for food allergies by lighting major buildings and landmarks in shades of teal, the official color of food allergy, started simply – with Cleveland’s Terminal Tower.

Today, thanks to the determination of founder Stephanie Lowe, iconic buildings and bridges around the world are getting on-board with the cause. In fact, on May 12, Dubai’s famous Burj Al Arab Jumeirah Hotel will be lit up for food allergy for the first time, thanks to the work of the Teal Community in the UAE, one of Lowe’s advocacy partners.

“I would love to see lightings everywhere,” says Lowe, a devoted food allergy mom, whose eldest son has multiple food allergies as well as celiac disease. “I see it as any site that we get, it hopefully will bring a little more awareness.” 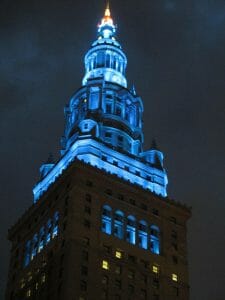 The Turn it Teal initiative began as a spur-of-the-moment idea, inspired by Lowe seeing the Terminal Tower lit up for epilepsy awareness. “It was really cool. I wondered if that was something we could try for food allergy awareness.”

The food allergy advocate applied and a few weeks later saw the Terminal Tower lit teal. “I was really excited. I think I was in tears,” she recalls. “I’m a mom and I try to advocate as much as I can, and this was a big deal.”

Since then, Lowe has worked tirelessly, sending in applications to buildings and other landmarks across the United States and around the globe. Some applications are submitted jointly with the support of food allergy organizations, such as FAACT or Trigger Food Allergy Awareness in Australia, Teal Community, or individuals.

Having any landmark lit in teal requires a lot of work and dedication. A building that approves a request one year may not the next. “It’s not one and done,” says Lowe, “it has to be done annually. Every year we have to go back to these buildings and bridges and reapply. The work happens all throughout the year.” 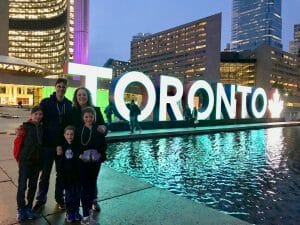 Stephanie and her family in Toronto, Canada.

Yet, the work pays off. This year, teal lights will not only be seen in the U.S., Canada, Australia, Dubai and Jordan – and also, for the first time, in the U.K. and Ireland. The latter include the Dublin Convention Center and Portsmouth’s Spinnaker Tower.

“Finally, after all these years of trying, we have both England and Ireland joining this year,” says Lowe. “I’m hoping that’s our little foot in the door to blow across the EU.”

Also new this year, are four locations within the city of Hershey, Pennsylvania, including Hershey’s Chocolate World. Thanks to the support of the Hershey company, one of the world’s largest chocolate manufacturers, Lowe says Turn it Teal was able to secure the “four-for-one” deal.

With food allergy awareness month going strong, Lowe is already setting her sights on next year. On her bucket list? 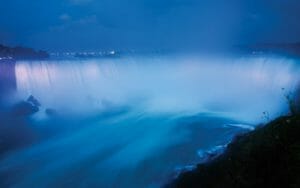 Chicago’s Willis Tower, “because I’ve been rejected so many times,” she says. Also, Dubai’s Burj Khalifa, the tallest structure in the world. “That’s so iconic that it would just be phenomenal,” she says.

Lowe’s ultimate purpose, though, is and always will be, to spread awareness. “My goal is that people will see that and question what it’s about, so that they can learn about food allergies and anaphylaxis. Any country we can get into, I’m excited, because that means more people can be aware.”

For the full list of this year’s locations as well as more information, visit TurnitTeal.org. 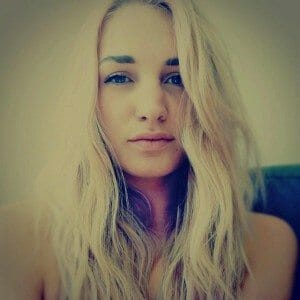 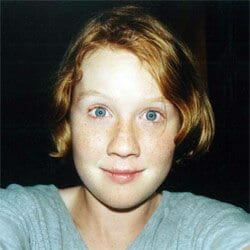 Sabrina’s Law: The Girl and the Food Allergy Law