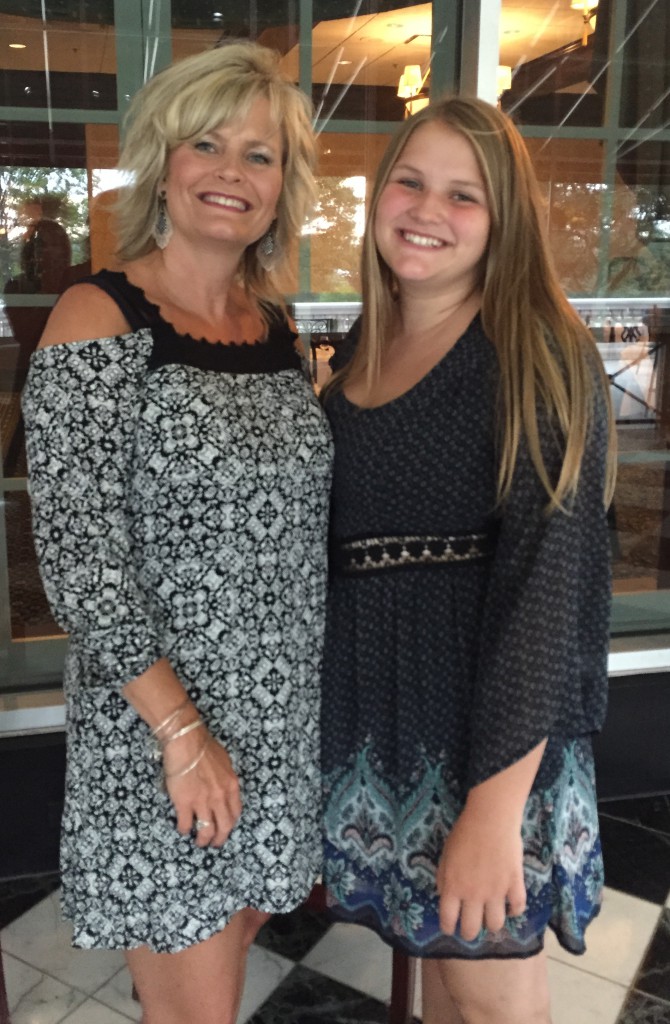 Shelly LeGere with her late daughter Annie.
It was slumber a party meant to celebrate th end of summer and beginning of the eight grade. But things took a tragic turn that night of August 2015 when Annie LeGere, who had environmental allergies but no known food allergies, went into anaphylaxis. Her friends called 911 and a police officer was on the scene when her mom, Shelly, arrived at the friend’s house. But with no epinephrine available until the ambulance arrived minutes later, Annie fell into respiratory distress. She was taken off life support days later.

At a memorial luncheon, Shelly LeGere vowed to do what she could to ensure people in situations like her daughter’s will have epinephrine on hand.

On May 11, not even nine months since Annie passed away, Illinois lawmakers signed a wide-reaching bill expanding the availability of stock epinephrine in that state. Part of that bill, dubbed the Annie LeGere Law, gives police officers the right to carry epinephrine auto-injectors, and be trained to use them. “There are so many people out there suffering from allergies, I think this will benefit others,” says LeGere. 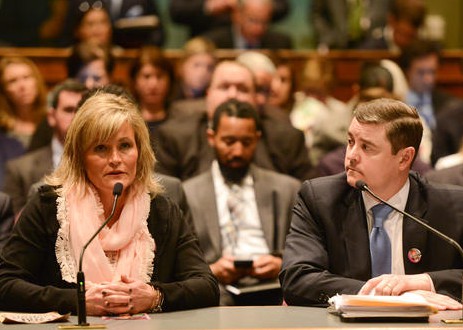 Shelly LeGere and Senator Chris Nybo give testimony.
Jennifer Jobrack, Senior National Director of Advocacy at FARE, says this bill “speaks to a trend, nationwide, that this medication should be available everywhere.” She says the idea of stock epinephrine is not to replace the responsibility of the patient to own and carry auto-injectors, but rather to be available for “the undiagnosed or the person who, for whatever reason, gets separated from their medication.”

The bill was unanimously passed by the Illinois House and Senate, and sent to Governor Bruce Rauner. On August 5, he signed it into law.

With the bill now law, efforts will be needed to ensure implementation. “We have to educate as to epinephrine’s necessity, and its utility and make people not afraid to use it,” says Jobrack.

Details, such as where the funding will come from, how police officers will be trained and where officers will keep auto-injectors, need to be worked out.

For her part, LeGere plans to use funds raised through a foundation set up in Annie’s memory to help pay for the auto-injectors. She also plans to do educational outreach, including presentations in schools to train staff on how to recognize and treat anaphylaxis, as a way to honor her daughter.