Home Off to Canadian University with Allergies, Celiac 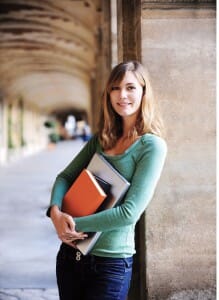 About to embark on a family rite-of-passage at 18, Victoria Gray was excitedly nervous about heading to Acadia University in quaint Wolfville, Nova Scotia. She had chosen her residence and requested to room with her cousin. But before she set a foot in one ivy-covered building, a problem arose. Gray was diagnosed with celiac disease at the end of her Grade 12 year, pushing all gluten products strictly off the menu.

Never mind the challenges of leaving home for the first time, choosing her classes or making friends in a new town – just how she would navigate a dining hall that churns out meals by the hundreds became a huge concern for Gray.

Thousands of Canadian post-secondary students with food allergies and celiac disease are in Gray’s shoes every year. They are searching for that safe path through university without missing out on pivotal freshman experiences. While becoming oriented on a sometimes intimidating campus, with few familiar faces, students are simultaneously living away from home and their parents’ meals that are reliably free of allergens or gluten. 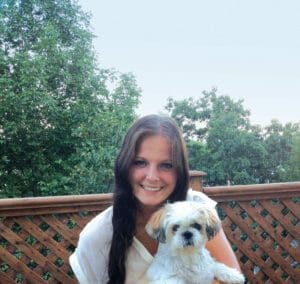 As someone still new to managing celiac, Gray feared she might be stepping into a minefield. She was elated to find Acadia’s dining hall staff so well prepared that they actually helped her to learn what was safe to eat (once stopping her from eating wheat-containing gravy). “They were very knowledgeable about it,” says Gray, who has just begun her fourth year of university.

After she was diagnosed, Gray e-mailed Acadia’s head chef, who arranged to meet with her once classes started. He showed her a separate kitchen area where the gluten-free products were stored and prepared, and the hot meals kept warm in a dedicated oven. Together they decided that custom gluten-free meals were the way to go. The kitchen staff would e-mail her the menu for the coming week. Gray could walk to the front of each lunch and dinner lineup and say her name, and a gluten-free meal would be waiting for her.

“It was great,” says the student who today lives off campus. “They accommodated me in a way that didn’t make me feel like I was causing them an issue,” she says. “I didn’t feel like a hassle, which was nice, because a lot of people make you feel like you’re a hassle.”

Increasingly, there is good news for the new allergy and celiac generation that is beginning to file through the doors of Canada’s institutions of higher learning. In a survey of 17 universities, Allergic Living found that a growing number of these institutions are starting to create policies to accommodate food allergies and celiac disease. That’s not to say all universities are on board – but knowledge about allergy symptoms, safe allergy and gluten-free kitchen practices and food services staff training is growing at a fast pace.

Numbers clearly help the cause, and the universities are responding to evolving diet demographics. As of 2012, about 2.5 million Canadians reported having a food allergy – a prevalence much higher than seen in previous decades – and the majority of those are young people yet to reach university. At the same time, the diagnosis of celiac disease is also increasing, with non-celiac gluten sensitivity recently recognized as affecting up to 6 percent of the population. Universities are awakening to the fact that, since students need to eat safely, a proactive approach is in everyone’s interest.

“You have to eat well to learn well and to function well,” says Stephanie Kwolek, a University of Western Ontario graduate. “This was certainly something that gave me some stress and anxiety,” she recalls about her peanut and tree nut allergies and leaving her hometown of Sault Ste. Marie for university. “Food was at the top of my priority list,” says Kwolek, who is now a medical student at McMaster University in Hamilton.

Parents, naturally, are worried too, and left wondering if they’ve equipped their new adult with enough allergy savvy to eat safely in so many new places. “You kind of wonder, will he do the right thing? Will he know what to do?” says Kerry Gaultois of Nanaimo, B.C., recalling when her eldest son was leaving the province to study at the University of Alberta. “It was a bit nerve-racking.”

Fortunately, many universities have food services and housing staff with both expertise and a willingness to help defuse the fear. Angela Emmerson, a registered dietitian and manager with food services at Halifax’s Dalhousie University, understands that students may feel stressed, even overwhelmed eating food cooked by the university’s chefs rather than by their families. She and her team feel an obligation to get it right. Emmerson says simply: “We do not want anyone feeling sick from eating food in the dining halls.”

Every university Allergic Living spoke with had the same message for new and prospective students: call before you come. The earlier you get in touch, and the clearer you are about what you need to live and eat safely on campus, the more helpful university staff can be. 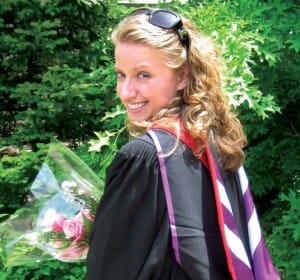 Med student Stephanie Kwolek: 'You have to eat well to learn well'.

If you haven’t settled on where you want to study, most Canadian universities have information online about their residences, and the meal plans offered to students who live in them. That information was a “large factor” in Stephanie Kwolek’s choice of university. When offered a scholarship to UWO, she was happy to find there was a suite-style residence with kitchen appliances she shared with three roommates, where she also had access to the dining hall. To guarantee kitchen access, Kwolek completed a special accommodations form, and submitted a letter from her allergist saying she needed access to the kitchen. She chose a lighter meal plan, and ate around six lunches and dinners in the meal hall each week – particularly at sandwich and salad bars, where she could customize her food orders. The rest of her meals she cooked in her suite with her own pots and pans.

During the selection stage, students should also check whether a university has an office that deals with students with disabilities – since those with medically necessary diets may fall under its auspices in order to receive special accommodations. Alexa Sirenko, a 22-year-old who is allergic to nuts and dairy and has oral allergy syndrome (in which certain raw fruits and vegetables make the mouth itchy and swollen) found the University of Waterloo’s Access Ability Services to be of great assistance. The office works with the university’s housing department to help place students with mobility, medical and other needs where they’ll be most comfortable. (The office will even find longer beds for students who are exceptionally tall.) 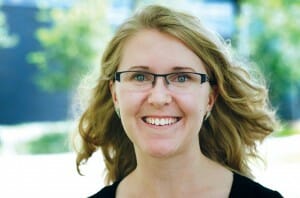 “They were sensitive to so many different needs of different people to make them feel comfortable at school,” Sirenko says. She felt strongly that apartment-style residence would be the safest option for her dietary restrictions, so she handed over a note from her doctor, and was matched in an apartment with two other women with food allergies.

“When I submitted that I wanted to be in the apartment-style residence, I didn’t know if I was going to be with other people with allergies,” Sirenko says. “It was really comforting to know that they understand the severity; they understand the steps we have to take to keep ourselves safe.” Later she discovered there were several other people with food allergies living in the building, all matched with allergy-compatible suite-mates by the University of Waterloo.

Similarly, University of Toronto students with food allergies can apply for a letter of support from the Accessibility Office to bolster their chances of finding allergy-friendly accommodations on campus. Many Canadian universities say if you contact their housing offices early, and present a doctor’s note, they will take steps to find a student a single dorm room, a suite-style residence, or roommates with similar allergies.

A university can’t help you with a challenge that staff don’t know about. Many housing and food services directors say they tally how many students have food allergies by notes on students’ application forms. If there’s a space to explain any medical issues, writing your allergies there helps the university to get an accurate picture of how many students will be managing dietary restrictions.

The smart thing to do is to be proactive about communicating your special diet needs, and to set up a one-on-one meeting with the campus dietitian or the chef who runs the dining hall. In fact, many universities now encourage this. At McMaster University in Hamilton, food services staff meet with every new student with dietary restrictions who’ll be eating in dining halls, tour them through three campus eateries, and interview each to draw up a fact sheet that’s then made available to all kitchen staff.

Jaco Lokker, a director of food services at the University of Toronto, also presses to sit down with each new food-allergic student at the 1,130-bed Chestnut residence that he oversees in downtown Toronto. It’s usually a parent who makes that first phone call to Chestnut’s kitchen, asking nervous questions about allergy precautions. Lokker will set up a time to see the student and mom and dad, walking them through the kitchen and dining area to put their minds at ease.

But it’s the student who still has to take the initiative to chat with the sous chefs who run the food stations on a daily basis. “We need to form a relationship with that student, and we need that student to start making decisions for themselves,” he says.

Also there to help you on several campuses are dietitians. Whether employed by the university or available on contract, they meet with students and help to evaluate which meals in the dining hall rotation are the safest bets, while keeping a balanced diet in mind.

Next: Navigating the dining hall 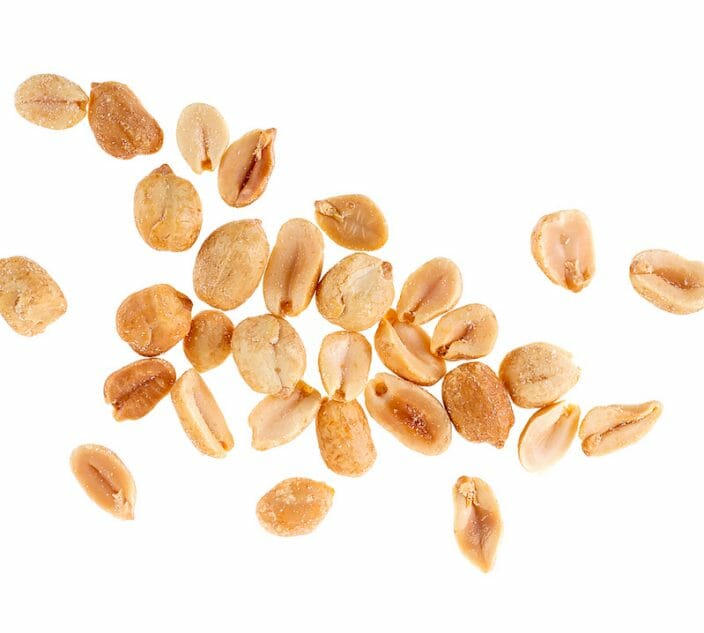