Home But What About Me? Food Allergy Diagnosis Affects Siblings Too Page 2

He went along to the allergist appointment to confirm the diagnosis and listened to every word the doctor said just as intently any of us. When it came time for the doctor to show Nathan how to use the auto-injector, Michael was right there watching. When it was Nathan’s turn to try the trainer he accidentally forgot to remove the cap and it was Michael who piped up first, “Wait, Nathan, you forgot the cap,” and proceeded to remind him of the correct steps.

When the allergist congratulated him on his helpfulness you could see that, despite all of the regular, normal brother “battles” that my sons endure, they really did make a priority of looking out for one another. It was one of those moments when I had to quickly glance away and pretend that I had something in my eye so they wouldn’t see the tears of pride welling up. I was amazed at how Michael – especially being the younger brother – was stepping up to be his older brother’s guardian.

But despite Michael’s eagerness to be helpful we needed to acknowledge that his life had changed in many ways, too.

Suddenly we couldn’t buy his favorite flavor of ice cream because it came with an allergy warning. He had to say goodbye to his favorite nut-based chocolate bars. Suddenly, he couldn’t order that scrumptious dessert at a restaurant because it had nuts on it. Going out for ice cream – a favorite treat of his – wasn’t as easy as it once was. And I know that when the boys went out together with friends, Michael often asked about the safety of the snacks, too.

We needed to remember that along with the changes and emotions Nathan was going through as he dealt with his allergy, Michael was going through just as many changes and we had to make sure that he knew just how much his empathy, compassion and understanding meant not only to Nathan, but to all of us.

So, in response, I hunted down Michael’s favorite ice cream flavor from a nut-free company. I stocked our house with all of the necessary ingredients for awesome – better than restaurant – ice cream sundaes for dessert at home after a dinner out. I became a “baker” and made learning how to make his favorite desserts my priority.

We made a rule that Michael could “let down his guard” when he was out with his own friends. The rule was that he could eat what he wanted then, but just had to be sure to wash his hands before coming home. And I’m proud to say, that not once have I had to remind him about the hand washing rule. In fact, he’s come home before telling me that he washed his hands at his friend’s house, but wanted to wash them again at home “just to be safe”.

And just the other day, he came back from a bike ride to the corner store with a buddy with a box of candy and announced, “Don’t worry Mom, I checked the label.”

But aside from all of the treats, baking and rules the most important thing that we have tried to do is to constantly tell Michael how proud we are of the understanding way that he has accepted the changes to his life. Not once has he “blamed” his brother for the changes and we have tried our best to tell him as often as possible how much we appreciate his maturity and empathy.

There’s no doubt that the diagnosis of a food allergy – or any other medical condition for that matter – changes the affected child’s life and the lives of his parents and it’s a change that often lasts a lifetime. But that same diagnosis also changes the lives of siblings and it’s very important that we acknowledge their fears and emotions too so that they are not left to wonder … “but what about me?”

Sue Marchand and her family live in Holland Landing, Ontario. 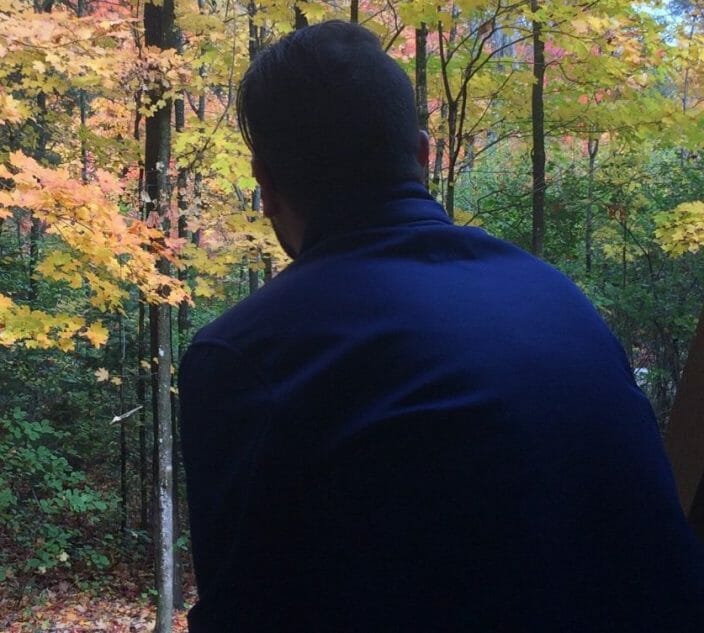