Home Oral Allergy Syndrome: Why do Pollens and Foods Cross-React? 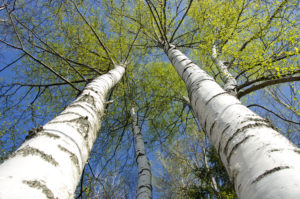 If trees make you sneeze, they may also give you an itchy mouth or worse to certain fruits and vegetables. Allergic Living explores the science behind oral allergy syndrome, nature’s allergic double whammy.

Not only do a third of North Americans battle hay fever – with runny noses, sinus and eye symptoms – but for a significant proportion of allergy sufferers, the spring bloom is just the start of their allergy woes. Dr. Antony Ham Pong, a Canadian allergist and researcher, estimates that up to 10 per cent of the general population has a condition called oral allergy syndrome, or OAS.

It’s a less severe form of food allergy, directly related to pollen reactions, that’s known to set off tingling and unpleasant itching in the mouth, throat and lips. Reactions are caused by a variety of fruits, vegetables, nuts, seeds, and even spices; all of which share allergenic proteins with specific hay fever-causing trees and plants.

Two of the biggest cross-reaction offenders are birch and alder trees. Depending on where you live, anywhere from 20 to 70 per cent of people who are allergic to birch and alder pollens will also have oral allergy syndrome.

Ham Pong estimates about one-third of birch-allergic North Americans are affected, but the incidence of oral allergy syndrome is even higher in some European countries. Although OAS is relatively common, he doesn’t think it is increasing, at least not in North America. Rather, doctors have become better at spotting this condition.

But how can a tall, skinny tree that gives you the sniffles cause an itchy mouth if you chew on a celery stick or bite into an apple?

How the Immune System Gets Confused

Unfortunately for those with tree-pollen allergies, the pollen proteins that trigger hay fever symptoms are also found in a several foods.

The components of those proteins are well conserved among different plants, which means their three-dimensional structures are so similar that some of our immune systems can’t tell the difference between, say, birch pollen and apple peel.

In birch, the most common allergy troublemaker is a protein called Bet v 1, and alder has a similar protein called Aln g 1. Their purpose is to help protect the fruit or vegetable in times of stress or from infection.

Ham Pong explains that Bet v 1 is called a “pan-allergen” because very similar proteins are found in a variety of unrelated plants, including apples, plums, kiwis, carrots, celery, potatoes, hazelnuts, almonds, sunflower seeds, and even spices such as oregano, basil and dill.

People with birch-related oral allergy syndrome already produce antibodies to the pan-allergens from their prior exposure to birch pollen, so those antibodies will try to protect against similar proteins when they enter the mouth.

Pan-allergen relationships don’t stop with birch trees. The allergenic components of grass pollen are also shared with melons, oranges, kiwi, tomatoes and peanuts, among others.

Those who suffer in the fall from ragweed allergy (mainly in the northeast of the continent) can get itchy mouths from banana, melons, zucchini and cucumber. (See Chart: plants that cross-react.)

For those reactive to ragweed, serious cross-reactions are also possible from consuming chamomile, honey and echinacea. This is not oral allergy syndrome, however. In this case, it’s because they belong to the same botanical family.

Apples and Peaches and Oral Allergy 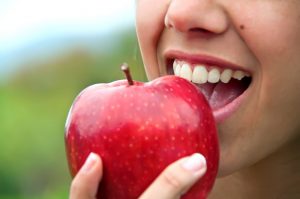 The better news for spring is that although trees such as maple, oak and poplar produce allergenic pollens, they don’t share reaction-causing proteins with foods. Nor does having allergies to birch, alder, grass or ragweed mean you’ll necessarily cross-react with the implicated foods.

And, if you do react, you may not be allergic to every food on the list.

Some fruits and vegetables, however, are more troublesome. Apples, for instance, more often trigger oral allergy syndrome than pears. According to Japanese research, in the plum family, cherries and peaches are more likely to irritate than apricots and plums.

It may even depend on which variety of the fruit you eat. European studies, for example, have found that gala and golden delicious apples have higher levels of allergenic proteins than Braeburn or Santana apples, and are more likely to cause reactions.

Reactions Beyond the Spring

What foods you will react to also depends on genetics, and where you live, Ham Pong adds.

Still, if OAS sounds like nature’s cruel double whammy, take comfort in the upside: most of these pan-allergens succumb to cooking.

Boiling, baking or microwaving almost every oral allergy offender – with the exception of celery and nuts – will usually break some of the bonds holding the protein in shape. When that three-dimensional structure is altered significantly, pollen-allergy antibodies aren’t nearly as likely to be drawn to it.

However, the inconsistent reactions to raw and cooked foods can cause confusion. “Patients sometimes think, ‘I can’t eat apples, but I can drink apple juice and have apple pie?’ So they figure it’s all in their head,” Ham Pong says.

Or they may conclude they’re reacting to pesticides sprayed on fruit, or wax, or pollen that has fallen on it. Sorry, says the expert; you’re allergic to that food.

An oral allergy reaction, even to peanut or a tree nut, does not usually escalate to anaphylaxis. However, 1 to 2 per cent of those with oral allergy syndrome are, in fact, susceptible to severe reactions.

With OAS, celery, kiwi, nuts (especially hazelnuts), peaches, apricots and apples are the most likely triggers of anaphylaxis, although Ham Pong notes that reactions to these foods are not always that dire.

Also, drinking alcohol, exercise, and consuming a large dose quickly, such as chugging down a bottle of raw carrot juice, can all increase the intensity of an oral allergy syndrome reaction.

Unfortunately, it may be difficult for an allergist to tell you if allergy symptoms are a cross-reaction to tree pollen, or if you’re reacting directly to the food.

Studies have found people with birch pollen allergies can have positive skin-prick and blood test results to apples, carrots, peanuts, and others, even if they don’t react when they eat those foods. Such false-positive tests make it hard for allergists to say for sure whether pollen or food is the allergy instigator. There are new protein “component” tests that your allergist may turn to in order to refine the analysis of your condition.

One final consideration: what would happen if someone with OAS munched on some leaves from a birch tree? Probably nothing, Ham Pong says, because the reaction-sparking proteins are localized in specific parts of the plant, like the fruit. 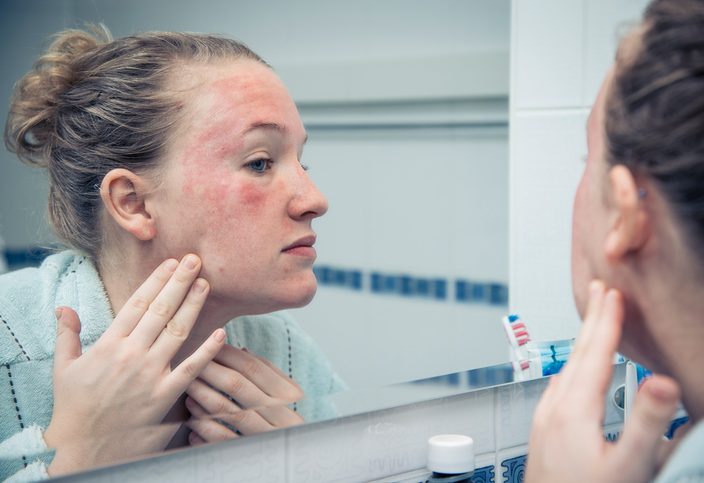 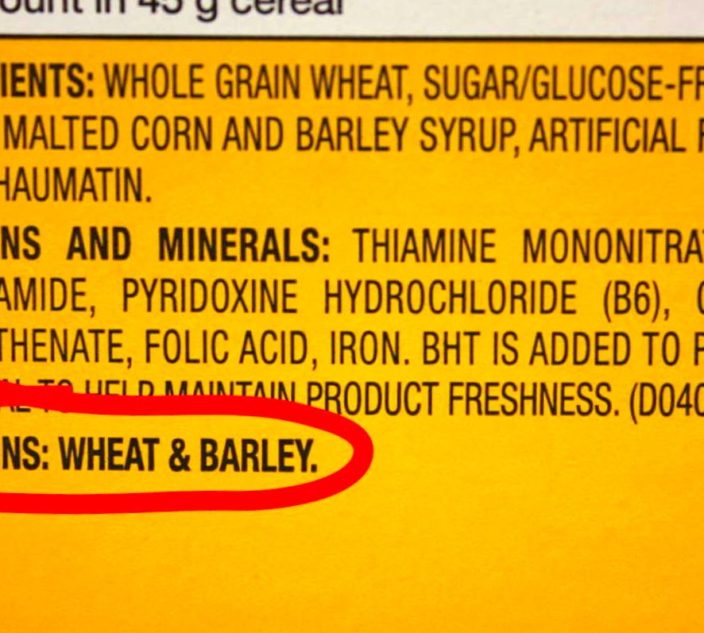 How to Read a Label When You Have Celiac Disease (Canada) 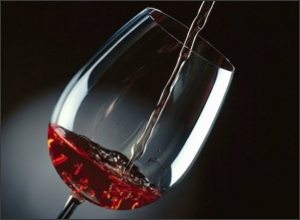 Sulphites are Cooking Up Trouble