How to protect yourself against formaldehyde, the compound that triggers breathing symptoms. It’s found in many home building materials. 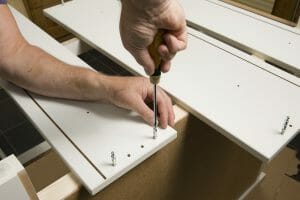 Photo: Getty
Formaldehyde abounds in the home renovation world, and can be found in everything from flooring to cabinets, and from furniture to cleaning products. It’s also common in carpeting and office furniture, so most workplaces offer no escape.

Problem is, it’s a serious respiratory irritant, and can trigger asthma and other symptoms. So what exactly is it? And how can you avoid it? Here’s what you need to know.

Although it’s mostly used as an adhesive and a preservative, at room temperature formaldehyde is actually a colorless, flammable gas, and one of the better-known members of the family of volatile organic compounds, or VOCs. (“Volatile” refers to substances that vaporize at room temperature.)

Formaldehyde is also manufactured as a liquid called formalin – anyone who had to dissect a formalin-soaked frog in high school will remember the smell – and as a solid called paraformaldehyde.

Although many manufacturers are phasing it out, and some jurisdictions are introducing stricter regulations, formaldehyde is still used in dozens of items for the home. These include flooring, cabinetry, upholstery, insulation, carpets, wallpaper, paints, textiles, cleaning supplies, cosmetics, personal care products and more. 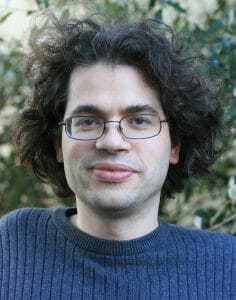 Expert Jeffrey Siegel: watch out for pressed wood and ventilate.
Among the biggest culprits are laminate and engineered flooring, laminate countertops and cabinets, particleboard, oriented strand board (OSB) and other wood products in which formaldehyde is used as a glue to bind wood pieces, or even wood dust, together.

“By far the dominant source of formaldehyde in indoor environments is pressed-wood products – and manufacturers use it because it’s the cheapest way to end up with a product that meets their needs,” says Jeffrey Siegel, a University of Toronto civil engineering professor who studies indoor air quality. “It’s difficult to put numbers to these things, but if someone told me they were sensitive to formaldehyde, I would spend 90 percent of my time worried about pressed wood products, and 10 percent on other things.”

Formaldehyde is also a product of combustion, and is released through car exhaust and cigarette smoke, as well as burning wood, kerosene and gas. Many are surprised to learn that formaldehyde is a naturally occurring organic compound (CH20) and that very low levels are also produced by plants, trees, animals and humans. (This is why products are often labeled “no added formaldehyde” as opposed to “formaldehyde-free.”)

But the highest levels are typically found in new homes and businesses, or ones that have been recently renovated. In fact, formaldehyde levels in urban indoor air can be more than 2,000 times higher than those in urban outdoor air.

Interestingly, formaldehyde doesn’t behave the same way in all environments. According to the U.S. Consumer Product Safety Commission, levels can change from season to season, or even from day to night.

Emissions tend to increase in warmer environments, and in ones where the humidity is higher. Ozone also gives formaldehyde a boost, so indoor air devices that produce ozone can exacerbate problems, instead of cleaning the air.

New products tend to emit the most formaldehyde, then levels decrease over time – although they can continue to off-gas for months and, in some cases, even years. Products with sealed surfaces, such as laminated countertops or coated cabinets, tend to emit less.

“I’ve measured formaldehyde in many, many buildings, and the highest I’ve ever measured in an indoor environment was in a LEED-Gold office supply store,” says Siegel of the building, which was designed to some of the highest environmental standards. “But office supply stores also sell a lot of knock-down furniture that contains a lot of formaldehyde, and it was an energy-efficient store, so it had a relatively low ventilation rate.”

Siegel knows of many such stories. “People assume that a modern sustainable building shouldn’t have formaldehyde in it, and that’s definitely not the case.”

Formaldehyde affects different people in different ways, but even people who don’t have a history of asthma or other sensitivity to chemicals can experience wheezing, coughing and other respiratory symptoms, as well as eye, nose and throat irritation, skin reactions, headaches and more. People with existing respiratory conditions are especially at risk, as are children and the elderly.

According to the U.S. Centers for Disease Control, formaldehyde is also linked to cancer, especially of the nose and throat, although it’s unclear at what levels or lengths of exposure.

How To Avoid Formaldehyde

Go natural. Natural products such as solid wood, stone and ceramic tile do not contain added formaldehyde, and they don’t have to break the bank; even IKEA sells many solid wood products. Just make sure to ask about any coatings they have used, because they can contain formaldehyde and other VOCs.

Buy used. If you don’t have the budget for solid wood furniture and cabinetry, buy secondhand. Even if you’re picking up a cheap particleboard bookcase, chances are it will have already off-gassed most of its formaldehyde.

Ventilate. Have fresh air coming into your home, and use kitchen and bath fans to exhaust air that may contain harmful compounds. Keeping indoor temperatures and humidity levels down can also help – and will limit other allergens such as mold and dust mites.

Launder new clothing. Many clothing manufacturers use formaldehyde as a preservative in new clothing and other textiles such as bed sheets. It’s best to wash them before using them.

Let items off-gas. If you are buying a product that contain formaldehyde, put it in a separate space like a garage, open it and let it off-gas for several weeks before bringing it inside. Also opt for items with sealed surfaces, as they tend to off-gas less than those with exposed particleboard.

But by far the best approach, says Siegel, is to avoid products that contain formaldehyde altogether. “Like most indoor air problems, it’s not simple – except that it is simple in terms of the practical advice,” he says. “By far, the best thing to do is not use formaldehyde in the first place, though that is easier said than done.” 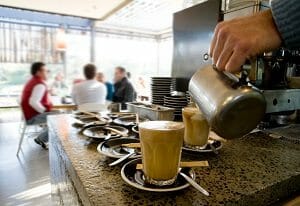