She didn’t want to attend the final meeting. But my teenager Leila knew in her heart that if she didn’t speak directly to the bully, she would be letting down all kids with food allergies. Little did she know, the conversation would be monumental.

Bully. It’s a word that conjures up images of a big, burly kid grabbing lunches out of unsuspecting hands. The truer picture is that bullies come in all varieties; they play sports, can be high academic achievers and be well-admired. This makes dealing with a bully even harder. That is, unless your child’s school taps into the growing restorative justice movement where accountability and restitution are the cornerstones, no matter who are you.

It began while driving to her golf game, one sunny afternoon in October 2019. Leila casually mentioned that a fellow student had been making inappropriate peanut allergy jokes for quite some time. She had blown him off, considering the person “uneducated”. You see, she is actually allergic to tree nuts.

Leila then explained that the offender recently upped the game by chewing a peanut butter candy bar and trying to breathe the candy bar on her!

Thankfully, Leila could not see my jaw clenching. I wanted to scream, but stayed Oscar-worthy calm, and listened sympathetically as the litany of offenses grew.

My daughter next detailed how the offender had been sitting with a small group of students and asked one of them why she “hated” Leila. The student denied this, but it was clear there was no love flowing toward Leila. The bully seemed to be agitating against my daughter. He then said to the group: “What if I threw this bag of nuts (tree nuts) at Leila?”

How Could They Just Sit There?

From the front seat, I moved on from jaw clenching to deep breathing.

Only one student in a group of about five spoke up to say that would be dangerous to Leila and to her, since she also has a tree nut allergy. What started as a few jokes was blowing up into a potentially dangerous situation.

Someone was going to get hurt. I was mad at the other kids who were highly regarded student leaders. How could they just silently sit there? Were they afraid to upset the bully? Did they not believe harm could be done? Or did they think food allergy jokes were funny?

When I called the school, the progressive administrators were very concerned. Leila also spoke to them, but I wanted to provide my viewpoint as a food allergy mom and advocate. Each freshman class receives food allergy education. The offender had also known our family for more than a decade and surely had picked up food allergy knowledge. Or maybe not. Were we food allergy education failures?

To manage conflicts, Leila’s school uses restorative justice. The process doesn’t simply punish. Instead, it holds an offender accountable while allowing for discussion and then restitution to the aggrieved student. The school was not going to launch into discipline without exploring why this student felt the jokes and behavior were acceptable. Equally important, the school was committed to ensuring education, restitution, and valuable discussion took place.

I didn’t get it at first. The bullying was unacceptable, and I wanted it corrected. A few wise food allergy mamas helped me get my thoughts straight. As the restorative justice process unfolded, my frustrations morphed into curiosity. Leila and the bully each met separately with administrators. The offender’s parents were notified of the situation.

Administrators explained to the offender that food allergy bullying does not only harm one student, it actually harms the entire school community. They described in detail what would happen if a severe reaction occurred.

Staff would grab stock epinephrine if they could not locate Leila’s auto-injector fast enough to administer. Next, 911 would be called. Sirens screaming, emergency services would descend upon the school. Faculty, staff, and students would stop working and worry about who was hurt and what happened. Parents would lose work time as they rushed to the hospital.

Importantly, who would be on the hook to pay the cost of the ambulance and Emergency Room? Worse, what if physical or emotional harm took hold for the bullied student? The offender quickly learned what he thought was a joke could have had legal and critical health implications.

Facing Off with the Offender

Near the end of the process Leila was given her big moment: the opportunity to sit down, face-to-face, with the bully. Heading into that meeting, she says: “I wanted to show him that he didn’t have the power. I needed him to understand the jokes were not funny and that he was messing with something that could take away a life.”

In that room, she spoke with candor about how the offender’s actions could cause emotional harm, in addition to any physical reaction.

Leila explained the psychological concept of the “window of tolerance” that relates brain function and emotional wellbeing with the amount stimuli and stress. At times, people who have food allergy fall outside that window, and can tip into the defensive zone of fight or flight. She must constantly be alert about her food and her condition, but said it was hard to feel safe and to concentrate when fellow students are making dangerous jokes.

She spoke of being motivated to stand up to him because of fellow teens she’d met at a food allergy teen retreat in Chicago. Some of the kids were suffering at the hands of cruel bullies. Leila told the offender she worried about him being one of these cruel bullies and, that if he continued, he might hurt someone.

“It was powerful to be able to explain to the bully how such actions can inflict pain or harm. No one likes being called out, but this is critical if you are going to become a good human with morals,” Leila later told me.

It was an epic conversation, and I could not be prouder. Leila clearly told this student of consequences that would not have otherwise been understood. One other interesting point: at the beginning of this meeting, the school administrators referred to Leila as “the victim”. She promptly advised them, she was nobody’s victim. Rather, she is the one in the room with the knowledge of the condition and its impact.

We never did find out what punishment the administrators imposed on the bully, since it didn’t matter to us. The offender received a powerful lesson, and the “joking” abruptly stopped. The school received the gift of knowledge of what happens when bullies and food allergies collide.

Most of all, Leila learned that some battles will be won with words.

Caroline Moassessi is the founder of GratefulFoodie.com and a frequent contributor to Allergic Living. She and and her family live in Nevada.

Related Reading:
Food Allergy Bullying: How to Spot It and Actions to Take
Risk Taking and Allergic Teens – What I’ve Learned
Twitter Jokes About Food Allergy: the Trouble with Disease Disrespect 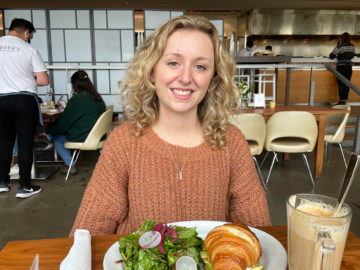 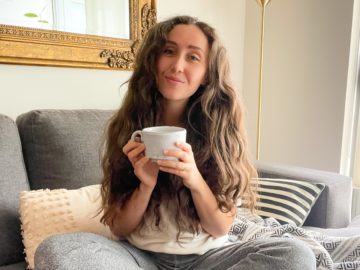 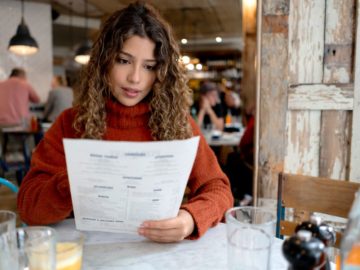 Going Vegetarian with a Nut Allergy

In the past year, I’ve tried doing something that I always thought was next…