It was the end of a week of vacation at the New Jersey Shore with a group of friends I’d gone to high school with. There were 13 adults and 14 kids all staying in the same house. It was our last night together, and I was pumped for a great end to the week. I ran out to a boardwalk deli to grab an Italian sub.

I’ve had numerous food allergies since I was a child to peanuts, tree nuts, shellfish and dairy. The deli workers assured me that the sandwich contained no dairy or nuts. The sub came with fries, but I just didn’t think to ask about cross-contamination in the fryer. Back at the house, I started to eat, and within about five minutes, I began coughing and wheezing. Then I broke out in insane hives, and was itching from the top of my head to my feet. I was short of breath. I thought, “This cannot be happening right now.”

I’ve had many minor reactions over the years, but I was always able to treat them with antihistamines. I haven’t needed an epinephrine auto-injector since I was under age 10, and I’m 37 years old now. But I knew I was going into severe anaphylaxis – and it was the worst reaction I’d ever had as an adult.

In the Ambulance, I was Scared

My wife is a registered nurse who works in a hospital cardiac intensive care unit. I pulled her into a back bedroom to tell her what was happening. I almost felt embarrassed that I was having a reaction, even though I know I shouldn’t feel that way. I told her to call 911. She told the dispatcher I was having an anaphylactic reaction. I could feel my body shutting down.

I had one EpiPen with me, which my wife injected into my thigh. When the rescue squad arrived about five minutes later, they loaded me into the ambulance, took my blood pressure, put on an oxygen mask, and started to drive.

My wife asked the driver if they had epinephrine in case I needed more. He told her “no”. At this point, I was genuinely scared. I assumed the ambulance would be equipped to treat basic emergency situations like anaphylaxis. But they couldn’t do anything to help me if I needed more epinephrine.

The ambulance crew told me we needed to make a stop to pick up paramedics. I later learned that paramedics have more training than the emergency responders in the first ambulance. The paramedics jumped on board and started an IV to prep me for the hospital, but they didn’t give me more epinephrine.

On the 13-mile ride there, the reaction didn’t seem to be getting a lot worse, but it wasn’t getting a lot better either. I was relieved to get to the hospital, but not for long. Suddenly, I was struggling to breathe again. I told my wife that I needed more epinephrine – now.

She ran and got the staff and they gave me the shot, along with fluids, antihistamines and steroids. Within a few minutes, I was feeling much better.

I’m still not sure what triggered the reaction. I went back to the restaurant to try to educate them, and they were very defensive. They insisted there was no dairy in the sandwich and nothing in the fryer that could have caused it.

The experience really shook me. I realized I had gotten somewhat complacent about my food allergies because I hadn’t needed epinephrine in almost 30 years. But I’m a father of two kids now, ages 4 and 2. I can’t mess around with my life. Now I take two auto-injectors with me everywhere.

I also got a “medical alert” tattoo on my forearm that says “allergies anaphylaxis.” It’s there in case I’m having a reaction, and I can’t talk to tell anyone what’s wrong. But it’s also a reminder to me to be accountable, to make sure I always have my auto-injectors.

What Can You Do to Prepare?

Related Reading:
Why Some Ambulances Don’t Stock Epinephrine – And How to Prepare
All About Epinephrine: What It Does, How Long It Lasts, When It Gets Hot
At 30,000 Feet, Why We Can’t Count on Epinephrine Vials on an Airplane 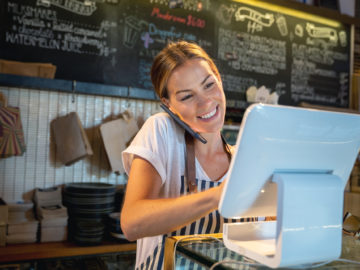 Why Rust Grew on My Allergy Skills

My pandemic bubble was also a “food allergy bubble.” On the ski trip, I learned I was painfully out of practice with ordering safe food. 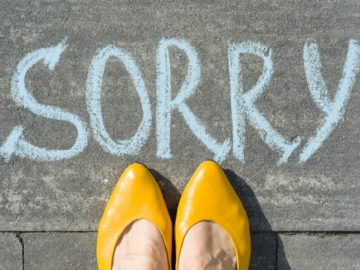 Not Sorry for My Allergies

In my culture, apologizing is as much a part of life as having a cup of tea. How I learned to stop saying ‘sorry’ for my food allergies. 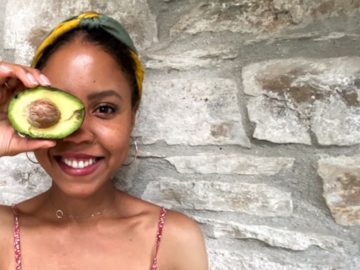 If you could get one allergen back in your diet, what would it be? For me, the answer was always “avocado”. And miraculously, it happened.