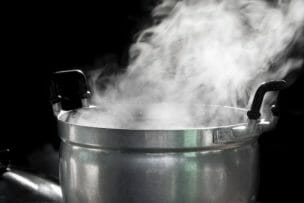 One of the biggest questions people have is whether it’s possible to react to a food through inhalation.

While allergists stress that severe reactions to airborne food particles are uncommon, there are some instances in which allergenic food proteins can get into the air and potentially cause trouble.

According to Dr. Scott Sicherer of the Jaffe Food Allergy Institute at Mount Sinai School of Medicine in New York, foods with proteins that are stable to cooking can get into the air during heating – and if they then get into the airways of someone who has a severe enough allergy to that food, they can lead to allergic symptoms (though not necessarily anaphylaxis).

For instance, allergic persons who are exquisitely sensitive to fish or shellfish can react to tiny aerosolized proteins that float in the air when seafood is being fried, steamed or boiled. There may be an increased risk of this in seafood restaurants where large quantities are being prepared and served piping hot.

In fact, airborne reactions are not just a concern for the seafood allergic. Commonly fried foods such as eggs, and powdery forms of some foods can cause similar problems if they get kicked up into the air.

Dried egg powder, soy flour and wheat flour are common culprits behind airborne food reactions, and some people who are able to eat wheat can get respiratory symptoms when they inhale it – a condition that is not uncommon in food processing and has been dubbed “Baker’s Asthma”. A similar condition called “Crab Asthma” is prevalent in the fish processing industry.

Sicherer says that some foods are less likely to get aerosolized – for example, oily and inert peanut butter – which is why they don’t present as much of an airborne danger.

Symptoms from aerosolized food proteins can range from hives and itching to more serious effects including asthma – but Sicherer strongly emphasizes that the risk of anaphylaxis from exposure to airborne food allergens is very low.

Bottom line: Small exposures to inhaled allergens are not usually a problem, but more significant exposures should be avoided. If you’re allergic to seafood, walking past a fish shop or a seafood restaurant likely won’t cause any harm; but sitting in a seafood restaurant for a long period may have you saying, “Check please!” 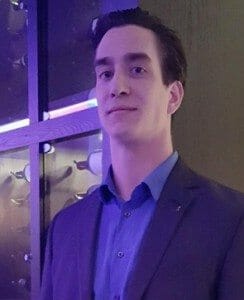