Home All About Fish, Shellfish Allergies 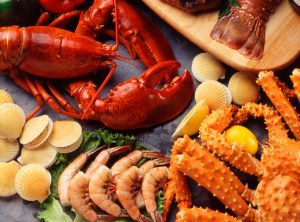 It’s an experience that has puzzled thousands of seafood lovers across North America and around the world: You’ve eaten fish and shellfish all of your life with no ill effects, and then one day, you’re eating some tasty tidbit from the sea – maybe some jumbo shrimp, some butter-drenched lobster, or some fresh-caught salmon – and suddenly, you don’t feel so good.

Chances are that you are having an allergic reaction to seafood – the most common culprits in the allergy world.

Seafood can be divided into two groups: shellfish and fish. Shrimp is behind most of the reactions, and shellfish as a group – which can include oysters, mussels, scallops, squid, crab, snails and many more – tends to be more problematic than finned fish. (In one survey by FAAN and Mount Sinai researchers, 2 per cent of respondents reported a shellfish allergy, whereas just 0.4 per cent reported an allergy to fish.)

Symptoms of a reaction to seafood can include flushing and swelling in the face, mouth and throat; digestive tract symptoms such as nausea and diarrhea; itching and hives; difficulty breathing; lightheadedness or faintness; a sudden drop in blood pressure and a rapid heartbeat.

In severe cases, a person may experience anaphylactic shock, a reaction that includes one or more of the body’s systems and can result in cardiac arrest and death.

Because of its high incidence, both shellfish and fish are “priority food allergens” the United States, Canada and Europe, which means tougher labeling rules for manufacturers.

This can be especially problematic, since most adults are accustomed to eating seafood, so when they react, it doesn’t seem to make sense to them. Often they dismiss earlier, less severe reactions as food poisoning or simply “something they ate”; but then they get a tough lesson in science as the allergy grows more severe and the reactions more extreme.

Unfortunately, once an adult develops a shellfish allergy, he or she likely has that allergy for life.

So why is it that a food you’ve always been able to tolerate suddenly starts wreaking havoc? There is no firm answer, but scientists theorize that it could have something to do with the fact that the main allergen in shellfish, the muscle protein tropomyosin, is very similar to the tropomyosin found in dust mites and cockroaches, which are some of the most allergenic pests.

So exposure to those insect proteins might actually increase a person’s odds of developing a seafood allergy. (This would also explain why studies in which orthodox Jews, who have never eaten shellfish, end up with positive results for shellfish allergy in medical tests.)

Another hypothesis is that many adults eat seafood on occasion rather than regularly, and that may affect their tolerance. In other words, the immune system may in effect forget that the food is not a problem, and may instead treat it like a harmful invader.

It’s important to note that the key allergens in fish and shellfish are unrelated, so people who can’t eat salmon might be just fine with crab, and someone who can’t tolerate even the tiniest amounts of shrimp may be able to eat whole helpings of fresh cod.

To further complicate matters, some people only react to very specific foods: so they may be able to eat crab but not oysters, or they may be allergic to the roe (eggs) of the fish, but not to its meat. Others who cannot tolerate fresh tuna or salmon may be just fine with the same fish canned, which has led some researchers to believe that the method of food preparation could have something to do with seafood’s allergenicity.

There is some confusion about the safety of both fish oils and iodine for people with shellfish allergy.

Fish oils are popular as nutritional supplements, because they are very rich in essential omega-3 fatty acids – but are they safe for people with allergies? According to Health Canada, most of the oils are so highly refined that they no longer contain the allergenic protein, and they should be safe to consume.

However, if you have a seafood allergy, it’s important to discuss any fish products with your allergist before trying them out; it may also be a good idea to contact the company and ask them about the processes they use.

Because many types of shellfish are rich in iodine, some shellfish-allergic people are told that they must avoid iodine – a common ingredient in everything from table salt to x-ray dyes. This is incorrect: the allergen in shellfish is in the flesh of the food, and not in the iodine, so iodine should be safe to consume. (Some people cannot tolerate iodine, but this is a separate issue.) 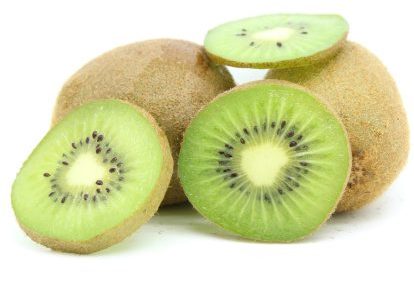