The general public has some big misunderstanding about food allergies, according to a study that surveyed 2,000 Americans in February 2008.

Dr. Ruchi Gupta, lead author on the study from Children’s Memorial Hospital in Chicago, is concerned about the public’s belief of how food allergies can be treated: almost half thought there was a cure, while two-thirds thought you could take a daily medicine to prevent reactions.

“For a child with food allergy, if their teacher, or camp counselor, says, ‘I know what a food allergy is,’ yet they think the child took their preventative medicine and they can eat it without worry, that could cause significant reactions or take the child’s life,” she said in an interview with Allergic Living.

The survey also revealed that while most people believed schools should have policies to protect food-allergic students, many disagreed with specific actions. For example, almost half of parents surveyed thought schools shouldn’t have separate tables for food allergic children, and two-thirds thought it would be unfair if their own child couldn’t bring a peanut-butter sandwich to school.

“When it came down to them actually having to step up and make a sacrifice, it didn’t seem worthwhile,” says Gupta.

Key Findings in Study
46% thought there is a cure for food allergies.
2/3 surveyed thought daily medication can prevent allergic reactions.
50% thought a milk allergy is the same as lactose intolerance.
51% didn’t know allergic disease runs in families.
41% were aware that egg allergy was common in children.
Only 1/3 of parents thought allergic children should have separate lunch tables.

For more on this story see the Fall issue of Allergic Living magazine. 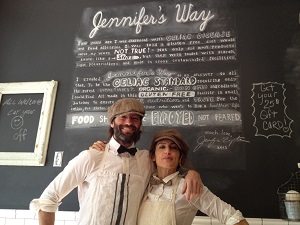